It was “respectful” and the “right thing to do” to give Tony Blair a knighthood, the Commons Speaker has said.

Sir Lindsay Hoyle said all former prime ministers should be given the honour because it is “one of the toughest jobs in the world”.

“Whatever people might think, it is one of the toughest jobs in the world and I think it is respectful and it is the right thing to do, whether it is to Tony Blair or to David Cameron. They should all be offered that knighthood when they finish as prime minister,” he told BBC Radio 4’s Today programme. 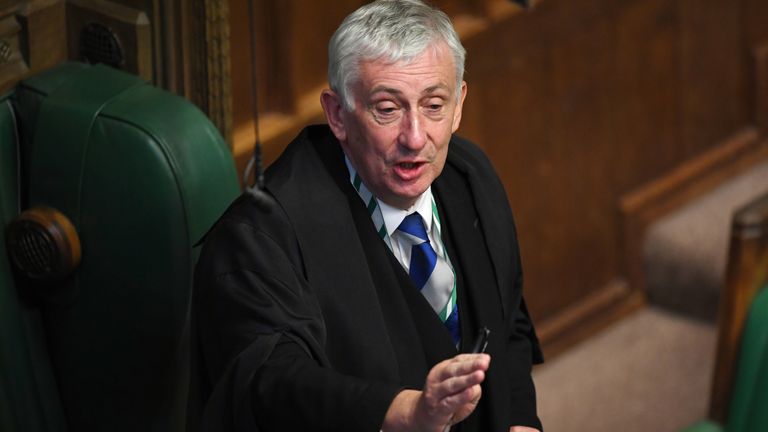 “I would say if you’ve been prime minister of this country, I do believe the country should recognise the service they’ve given,” Sir Lindsay added.

“And I think it’s a fitting tribute to the job they’ve carried out.”

Sir Tony, who was in office from 1997 to 2007, was appointed as a Knight Companion of the Most Noble Order of the Garter, the oldest and most senior British Order of Chivalry.

The honour from the Queen has regularly been given to former occupants of Number 10, including most recently Sir John Major, who was PM from 1990 to 1997.

Appointments to the Garter are in the Queen’s gift and are made without prime ministerial advice.

They are usually announced on St George’s Day in April, but the monarch can pick any other point in the year.

The honour is for life, unless a Knight or Lady Companion offends against certain “points of reproach”.

The Garter is awarded by the monarch for outstanding public service and achievement and was founded in 1348 by Edward III.

Reacting to the news, Sir Tony said it was an “immense honour”, adding: “It was a great privilege to serve as prime minister and I would like to thank all those who served alongside me, in politics, public service and all parts of our society, for their dedication and commitment to our country.”

Some were critical of the award, citing the legacy of his decision to join the US-led invasion of Iraq in 2003 – based largely around the false belief that the regime of Saddam Hussein had weapons of mass destruction – as rendering him unsuitable for a knighthood.

A petition on Change.org calling for the honour to be rescinded has passed 100,000 signatures.