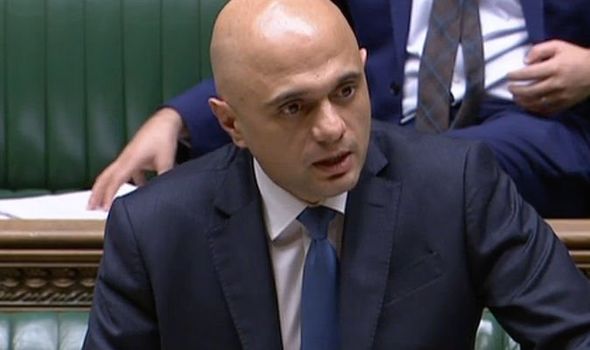 The Health Secretary’s update comes after 86 new cases of the mutation were found yesterday, taking the total figure to 246.

Total cases increased by more than 50 percent between Saturday and Sunday.

Scientists worry the speed at which the variant is spreading could soon see it become the dominant strain in Britain.

There is still little known about the strain with scientists in a race against time to find out more about the mutation.

Early evidence suggests it has the ability to infect those who have been double jabbed, but it is still unclear whether the strain is more deadly.

Mr Javid will make a statement in the Commons at approximately 5.30pm.

He is expected to update MPs on the extra steps the Government took over the weekend to help try and stop the variant from reaching the UK.

On Saturday ministers announced pre-departure tests would be required for people travelling to the UK.

Britain on Sunday reported 43,992 new cases of COVID-19 and 54 deaths within 28 days of a positive test for the virus.

That compares with 42,848 cases and 127 deaths reported on Saturday.

pre-departure tests for people travelling to the UK as part of the effort to contain the Omicron variant.