Alex Salmond 'is not a popular politician' says John Curtice

Speaking this morning, Mr Salmond said he hoped the new Scottish Parliament would instruct those negotiations to begin on the first day it returned following the election. The former Scottish First Minister has previously said his Alba Party will not necessarily advocate for a referendum but wanted to see negotiations between the Scottish and UK governments to determine what would be needed for Scotland to separate.

This opinion is different from current SNP policy which is to hold a referendum, with or without consent from the UK Government, if an independence majority is elected on May 6.

However, the party has said any referendum, which could be challenged in the courts by Westminster, would only take place after the pandemic is over.

The Glasgow regional list candidate and senior Scottish Tory added the nationalists’ drive for “another divisive referendum” and their plans to have a super-majority for independence in Parliament needed to be stopped. 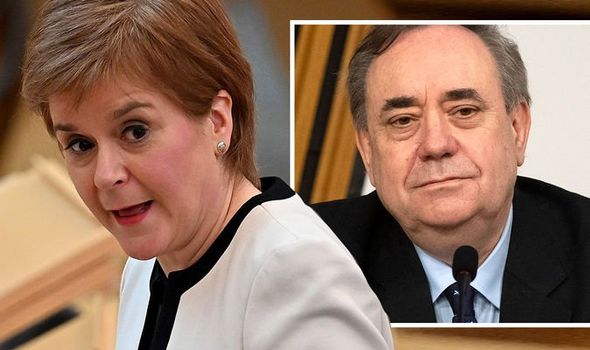 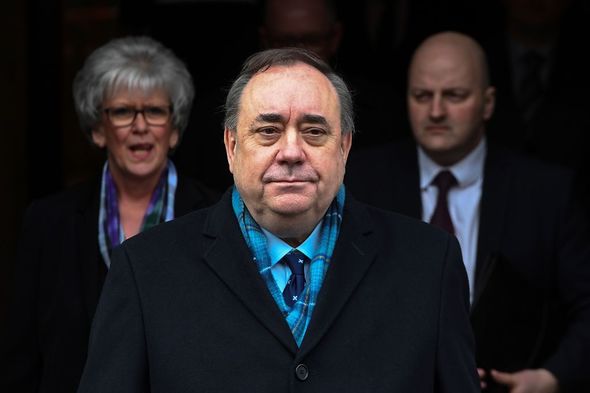 She said: “All of our focus must be on our recovery and rebuilding Scotland’s communities after the devastating effects of the pandemic.

“Scotland deserves better than nationalists only focusing on breaking up the United Kingdom as quickly as they wish.

“If pro-UK voters unite around the Scottish Conservatives on the party list vote, then they can guarantee Parliament will be focused on our recovery, rather than instantly taking us back to the politics of division.”

Alistair Carmichael MP, chairman of the Scottish Liberal Democrats election campaign, said: “Nicola Sturgeon and Alex Salmond both agree on independence but want to spend the next four weeks arguing over whether it should kick off by Christmas or the day after polling day. 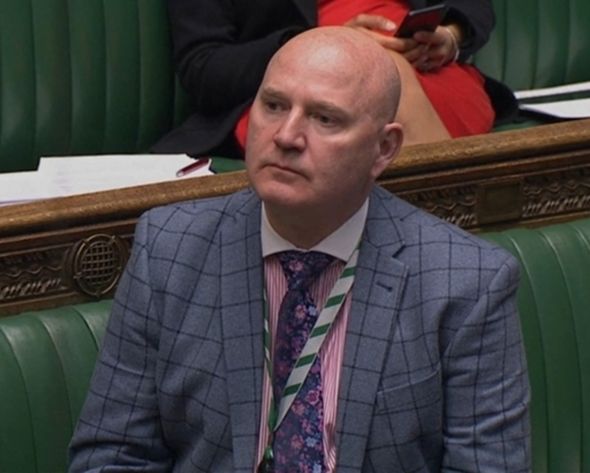 “Neither of them cares about education, health or jobs; they just want to spread division when we should be pulling the country together.

“Scottish Liberal Democrats will put recovery first and leave Sturgeon and Salmond squabbling among themselves.”

The comments come as Mr Salmond is due to set out his new party’s “route to independence” this afternoon.

The Alba Party leader will make what he called the “declaration for Scotland”, on the anniversary of the Declaration of Arbroath. 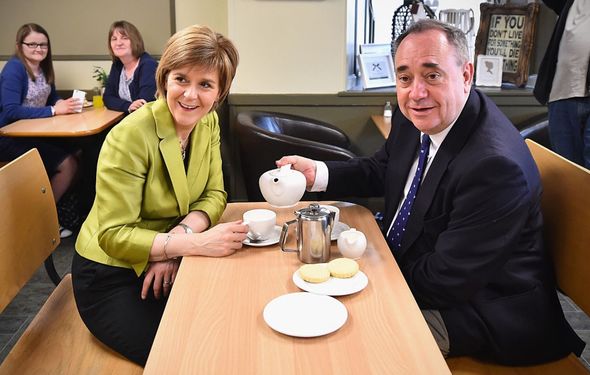 Mr Salmond said on Monday that momentum was with the Alba Party, which claimed on Friday to have signed up more members than the Scottish Lib Dems in the seven days from its launch.

Ahead of the policy launch of the party’s campaign on Tuesday, he said: “We think on day one of the new Scottish Parliament elected on an independence platform, the Government should go to the parliament for an instruction and that instruction should be that they should begin negotiations with the Westminster Government and they should do it as a parliament with a majority support for independence.

“All this of course depends on people voting for that supermajority which we are arguing for, to vote Alba on the list, that’s what’s critical, but if people do – and I think they will – then they move towards independence and negotiations for independence should start on day one of the parliament.”

Mr Salmond added: “I’ve got no idea why people think it’s a great idea to set some time in the future as if that’s going to change the calculation with Westminster.

“What’ll change Westminster’s mind about engaging in negotiations is the strength of the vote in Scotland and the knowledge that they’re not taking on a single political party in the SNP but an entire parliament representing an entire country.”

Mr Salmond went on to say that those negotiations should “see what the Westminster response is”, adding that the more independence supporting MSPs elected, “the weaker the resistance at Westminster will be to the independence cause”.

The party held its policy conference on Saturday, where candidates decided on proposals for the campaign and Mr Salmond’s address that could lay out policy positions that branch away from its core mission of Scottish independence.

Mr Salmond repeatedly refused to answer questions on Alba’s policies on an independent Scotland’s relationship with the European Union, preferring to wait until the policies had been finalised by candidates.