WASHINGTON (Reuters) – U.S. Senator Tim Scott, the chamber’s only black Republican, was thrust into the center of the national debate on policing when Majority Leader Mitch McConnell put him in charge Tuesday of the caucus’s response to protests over racial inequality and the use of force by law enforcement. 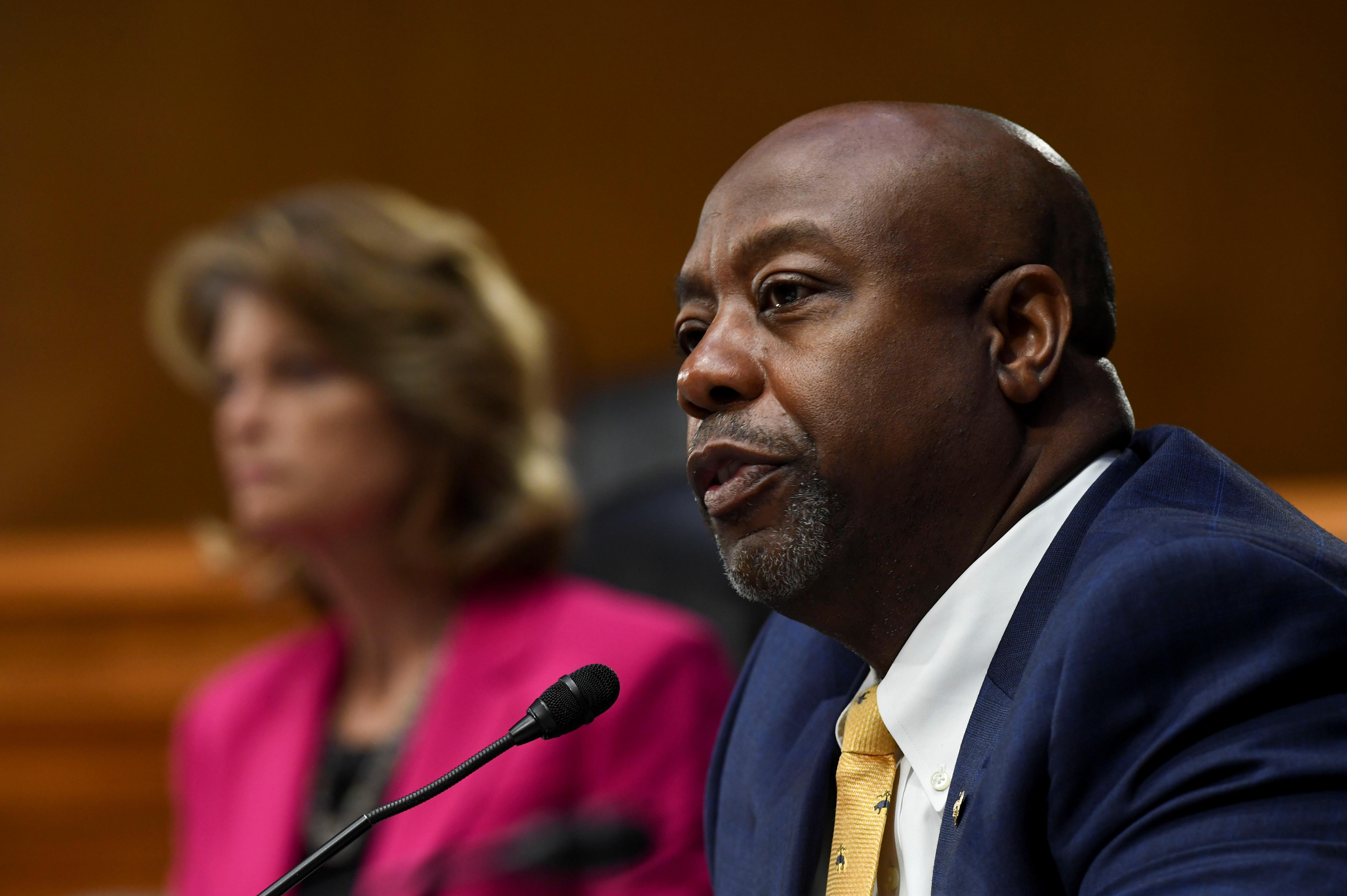 On Wednesday, Scott reacted to being criticized online for a draft proposal that included plans to study police brutality and racial profiling, but not a ban on chokeholds or no-knock warrants, both of which were involved high-profile killings of African-Americans by police that have fueled nationwide protests.

He struck back on Twitter, saying, “Let me get this straight… you DON’T want the person who has faced racial profiling by police, been pulled over dozens of times, or been speaking out for YEARS drafting this?”

He also rejected accusations of being a token, saying, “There are only two black Democratic Senators, stop pretending there’s some huge racial diversity gap in the Senate. Ask my Dem colleagues what their staffs look like…I guarantee you won’t like the answer.”

Scott, 54, reacted quickly after the death of George Floyd two weeks ago while he was in police custody in Minneapolis. “Firing the officers that killed #GeorgeFloyd was the right first move. The second? Arrest them,” Scott wrote on Twitter.

He also used the hashtag “Icantbreathe,” which Floyd said as he was dying, and a hallmark of protests across the United States and internationally since Floyd was killed.

But he has at times broken with Trump on race-related issues, criticizing some of the president’s comments and opposing nominees for federal judgeships.

Scott represents South Carolina, a state that only stopped flying the Confederate flag at its statehouse in 2015, after a white gunman murdered nine African-Americans at a church in Charleston.

Scott, who was appointed to his Senate seat in 2013 and first elected in 2014, is the first African-American senator from a southern state since 1881. He has been stopped and questioned by police even during his years in the Senate.

On Tuesday, Scott called for quick and decisive action.

“I think it’s important for this nation to take a very powerful stand and position that says, ‘We’re listening, we’re hearing and we’re reacting,’” he told reporters.

A conservative on fiscal and social issues, the former businessman declined to join the Congressional Black Caucus.

But Scott has worked with two caucus members, Democratic Senators Kamala Harris and Cory Booker, on legislation to make lynching a federal hate crime, which has been included in a sweeping reform bill introduced by Democrats and Scott’s draft plan.

Scott and Booker also were among senators who worked on a law signed by Trump that overhauled the criminal justice system.

Booker, Harris and Scott are the only three black senators, reflecting the lack of diversity in Congress’ 100-member upper chamber.

Only nine senators are from a racial or ethnic minority, compared with about 40% of the country as a whole and about 25% of the House of Representatives. The overwhelming majority of non-white lawmakers are Democrats.

Scott has broken from most of his party over some of Trump’s nominees for federal judgeships, as when he announced in 2018 that he could not vote for Thomas Farr, who was accused of legal efforts that disenfranchised African Americans.

He rebuked Trump after the president failed to condemn a deadly white supremacist rally in Charlottesville, Virginia, in 2017.

Scott said he was optimistic that he could find common ground between congressional Republicans, Democrats and the White House so police reform legislation would become law.

On Wednesday, Scott said about 90% of the bill text was done and he hoped to announce something soon. “I’ve had overall positive feedback. The devil’s in the details, and we’re going to continue working through it,” Scott told reporters at the Capitol.