The chair of the Scotland select committee spent over 20 minutes at the start of proceedings quizzing Scottish Secretary Alister Jack over plans for a new independence referendum. Pete Wishart repeatedly asked the minister to explain if the UK Government would allow a new vote on the issue following the SNP’s win in the Holyrood elections last week.

Mr Wishart said the result of the ballot was a “victory for the parties of pro-independence and pro-referendums”, as the 64 SNP MSPs elected, along with the eight Greens, back a second vote on Scotland’s place in the UK.

The interrogation left members of the committee baffled, with one MP describing the encounter as “extraordinary”.

Scottish Conservative MP John Lamont said: “I just think it’s extraordinary, and people watching this at home will find it extraordinary that the SNP chairman of this committee has spent over 20 minutes talking about another independence referendum when there are so many other things that are pressing for my constituents and for other people across Scotland. 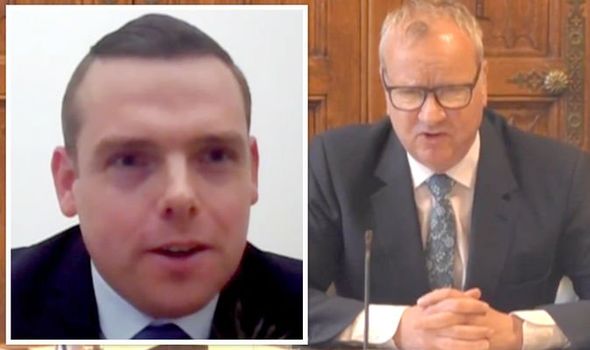 “I think the time, the last 20 minutes, could have been much better spent.”

The committee is convened to discuss all matters relating to the Government’s Scotland Office, from devolved matters, to funding, to interactions with the First Minister.

Scottish Tory leader Douglas Ross, who also sits on the committee, also criticised Mr Wishart’s questions, adding: “I have to say at the outset how disappointed people must have been to watch the quite frankly inept and poor chairing of this committee so far by Mr Wishart.”

The SNP has vowed to push ahead with a new referendum within the current sitting of the Scottish Parliament.

Ms Sturgeon has said she wants to table a new vote within the first half of the four-year term.

But speaking at the select committee today in response to Mr Wishart’s grilling, the Scottish Secretary told the First Minister to focus on the recovery from pandemic. 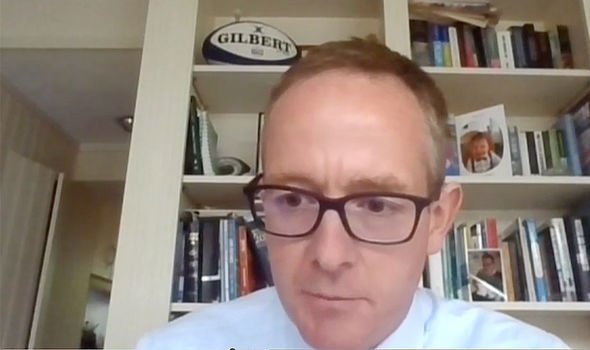 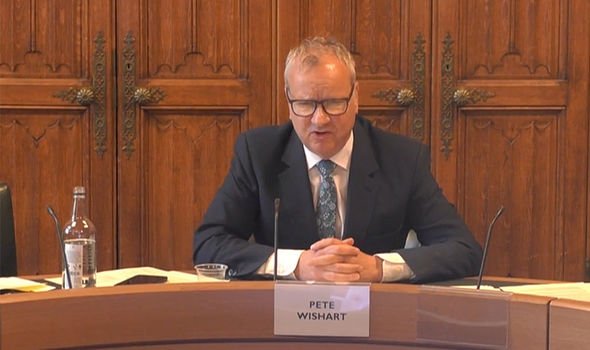 Mr Jack said: “There are many things that need to be resolved: education attainment standards, there’s issues around health pre-pandemic, the highest drugs deaths in Europe which the First Minister acknowledged she’d taken her eye off the ball.

“I would say don’t take your eye off the ball for the next five years, let’s build the Scottish economy, let’s create Jons, let’s improve people’s livelihoods.”

The minister also questioned the need for a new referendum on the issue, auguring little had changed since the last Scottish election in 2016.

The SNP has claimed they need a new vote because Scotland has been taken out of the EU against its will after a majority in the country supported Remain in the referendum five years ago.

The party also claims there is a mandate for a referendum after pro-independence parties, the SNP and the Greens, won a majority at last week’s Scottish parliament elections. 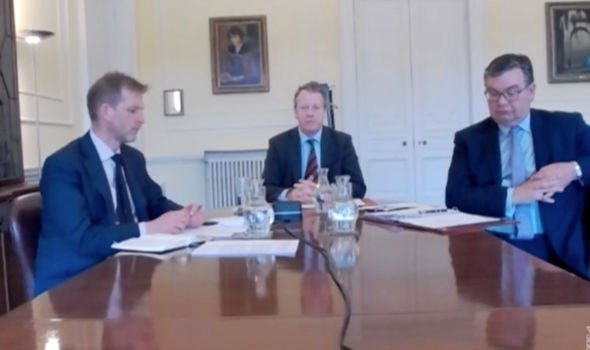 But pouring cold water on the claims, Mr Jack said: “I would say that less than a third of the Scottish electorate voted for nationalist parties, I think the figure was about 31 percent.

“I would say that very little has changed since 2016 when you look at the numbers.

“In that time we’ve had Brexit, we’ve had two general elections, we’ve had the Covid pandemic – totally unprecedented – all of those things have happened since 2016 but when you look at the overall numbers the changes are very, very minor indeed.

“There’s one extra seat for the SNP, a couple less seats for Labour and the same number of seats for the Conservatives.”