The UK Brexit chief claimed that while the British Government wishes a successful future on EU member states, Brussels is adamant to prove Brexit should have been avoided by hijacking Britain’s future as an independent nation.

Speaking to the Spectator, Lord Frost urged the EU to solve “arguments about trade” in a “grown-up way”, drawing comparisons to the US-Canada model.

He said: “I don’t think it’s incompatible with friendly relations between sovereign equals to have arguments about trade and resolve them in a grown-up way…

“There definitely are US-Canada trade disputes and life goes on. And I don’t see why it shouldn’t be like that.”

But he warned the issue with the ongoing disputes between the EU and the UK over trade and the Northern Ireland protocol are nothing but mere attempts from the bloc to discredit Britons’ will altogether. 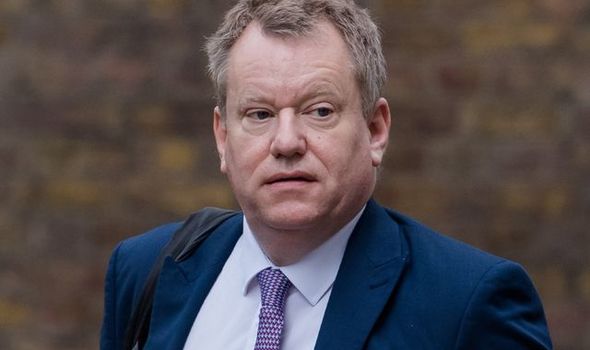 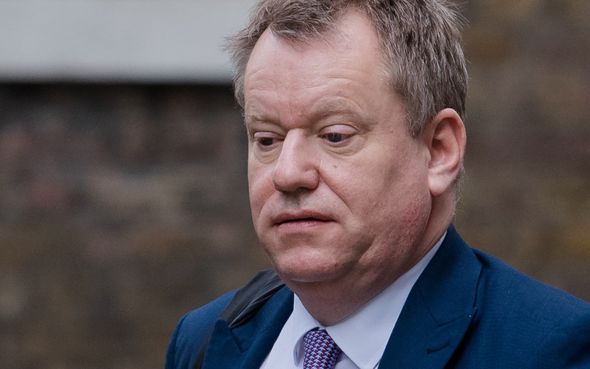 He warned: “For at least some Europeans, they have a very strong view that Brexit simply cannot succeed.

“It’s a sort of historical error that goes against everything they know about the progress of history and the way things work… that is at the root of some of the problems.”

He stressed that “we don’t have any [problem] at all about the EU and the member states succeeding.”

He added: “We think that’s a good thing.

“And we think they should think it’s a good thing if we succeed”.

Asked whether he believed relations between London and Brussels could “reset”, he replied: “I’m kind of doubtful about ‘reset’ as such.

“I don’t think moments like that have a particularly good history in diplomacy.”

Although he was hopeful relations can improve and he does not see current disputes “as a decade-long problem”.

The interview comes as Lord Frost was invited to address a Northern Ireland Assembly committee with the Vice President of the European Commission on Wednesday. 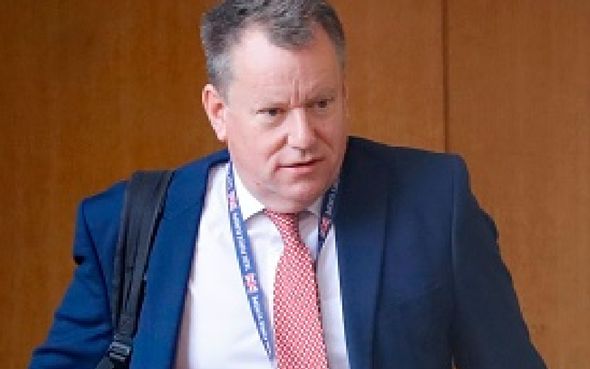 Members of Stormont’s Executive Office oversight committee agreed on Wednesday to invite Maros Sefcovic and Lord Frost to address them.

Committee chairman Colin McGrath said they are being asked to give evidence on the impact of Brexit and the Northern Ireland Protocol.

The Protocol divides opinion in Northern Ireland where the largest party, the DUP, is urging that it be scrapped.

Unionists and loyalists regard the rules of the Protocol, which includes additional checks on goods arriving at ports from Great Britain, as a “border down the Irish Sea”.

Anger at what is regarded as separation from the rest of the United Kingdom has sparked protests by loyalists across Northern Ireland.

Some of the protests descended into violence and attacks on police earlier this year, although more recent demonstrations have been peaceful.

Mr McGrath said the ongoing negotiations between the European Commission and the UK Government will have a “significant impact” on Northern Ireland’s economy and political stability.

He said: “It is crucial, therefore, that those involved at the most senior level engage with the Northern Ireland Assembly Committee responsible for these matters.

“It is particularly important for those who continue to use Northern Ireland as a pawn to advance political grudges to sit down and front up with our committee.

“I have been deeply concerned about the rising rhetoric from the British Government over the course of the last number of weeks. Those who co-authored the Protocol cannot now distance themselves from its outworking.

“There are practical issues that need to be resolved, that means constructive engagement from both London and Brussels, but fundamentally the Protocol offers Northern Ireland a competitive advantage that we are not using to the benefit of local people and businesses.”