Home » Politics » Special relationship BACK ON! Biden phones Boris ahead of France and Ireland

The Prime Minister spoke to the Democrat today amid concerns the pair may not have a smooth relationship because of issues surrounding Brexit. But Mr Johnson is understood to have spoken to the former vice-president for around 25 minutes.

He tweeted: “I just spoke to Joe Biden to congratulate him on his election.

“I look forward to strengthening the partnership between our countries and to working with him on our shared priorities – from tackling climate change, to promoting democracy and building back better from the pandemic.” 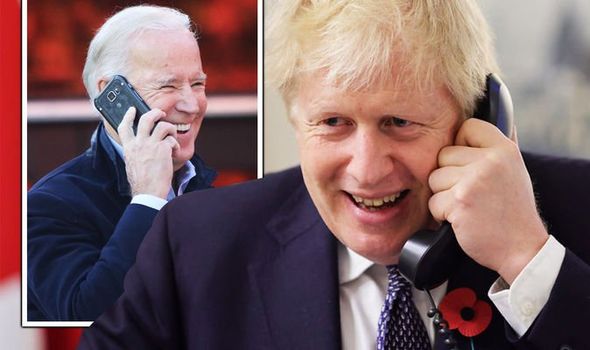 During the conversation Mr Johnson invited Mr Biden to the United Nations Climate Change Conference, known as COP26, in Scotland next year.

A spokesman for the Prime Minister’s office said: “They discussed the close and longstanding relationship between our countries and committed to building on this partnership in the years ahead, in areas such as trade and security – including through NATO.

“The Prime Minister invited the President-elect to attend the COP26 climate change summit that the UK is hosting in Glasgow next year.

“They also looked forward to seeing each other in person, including when the UK hosts the G7 Summit in 2021.” 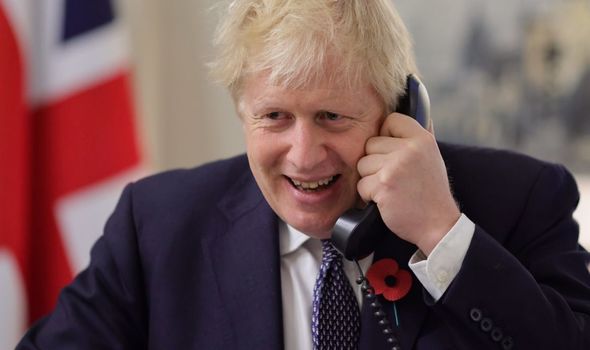 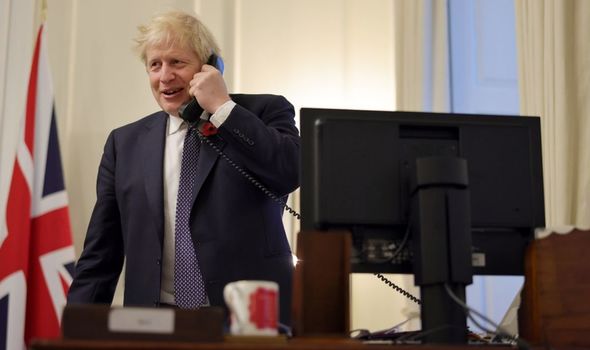 Mr Johnson had earlier told Cabinet ministers he was “looking forward” to working with Mr Biden on climate change, boosting free trade and standing up for human rights.

The Prime Minister’s official spokesman said: “Cabinet began by discussing the US election.

“The PM congratulated Joe Biden and Kamala Harris, and said he was looking forward to working with the president-elect on tackling climate change, boosting free trade and standing up for human rights and the rules-based international system.”