According to statistics published by the Scottish Government, Scotland’s onshore GDP decreased by -0.5 percent in April. This represents a higher figure than for the UK, which fell by -0.3 percent. Meanwhile, the GDP for output for Scotland remained above the pre-pandemic level of February 2020 at 0.6 percent.

This is compared with 0.9 percent for the rest of the UK, suggesting Scotland is recovering more slowly. Scottish Conservative Shadow economics minister Liz Smith blasted the SNP following the statistics, saying: “These figures are a significant cause for concern, especially since the decline was worse than in other parts of the UK.

“And output levels show that Scotland’s economy is recovering more slowly than the rest of the UK.

“Once again we are lagging behind our closest neighbours as a direct result of the SNP’s disregard for our economy.

“Instead of tackling our skills shortage and concentrating on recovery, the Nationalists are launching a divisive referendum that will distract from the necessary work to rebuild.”

The figures come after Boris Johnson said today that the UK was stronger together as a single economic unit. 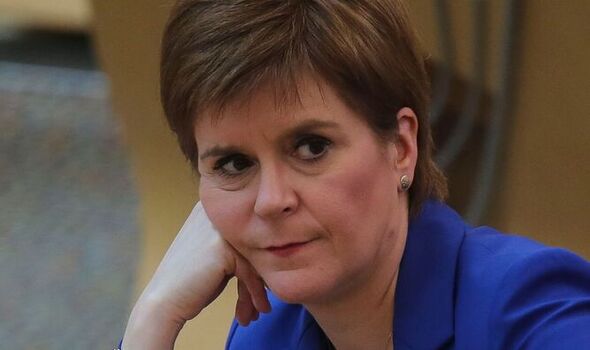 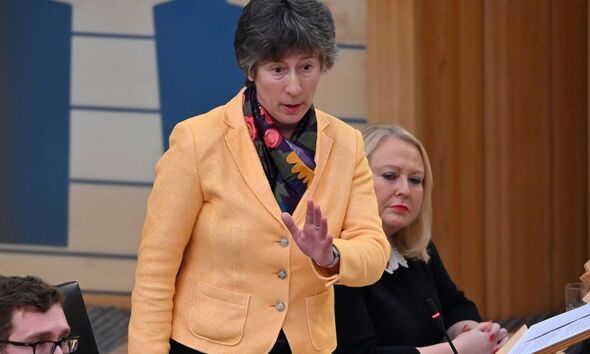 Scotland’s First Minister Nicola Sturgeon has announced plans to hold a second referendum on Scottish independence in October next year, vowing to take legal action to ensure a vote if the British government tried to block it. When asked about the plan, Mr Johnson said: “The long-standing position is that we don’t think this is the right time to be doing constitutional change.

“Our economy is all the stronger for being together.”

The SNP recently faced heavy criticism for ring-fencing £20million of public money for the referendum, which will be held next year. Ms Smith said at the time: “Yet again, the SNP prove they will always find the money for their number one priority of pursuing independence. 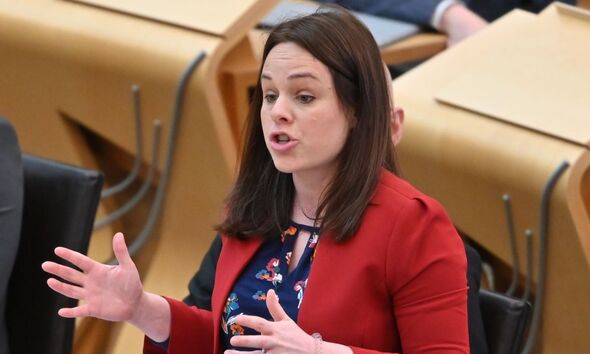 “With hard-pressed families here in Scotland struggling to make ends meet, the SNP must urgently get on top of our economic decline.”

SNP Finance Secretary Kate Forbes defended their economic strategy, saying the Scottish Government had to “prioritise” spending making clear not every policy area could be one.

She added the economic troubles facing Scotland only further reflect the need for an independence vote, saying: “It lays bare the constraints of the current fiscal framework – our budget largely decided by others, denied sufficient borrowing powers, yet facing the same demands for increased spending as governments with much greater levers do.”

Ms Sturgeon has also stated in the past that she does not consider GDP to be an accurate measure of the success of a nation, saying that Scotland was “redefining” what this meant. She told a conference in 2020 that Scotland is creating an economy where “collective wellbeing” is as fundamental as GDP.

DON’T MISS: The areas that could skewer Sturgeon’s IndyRef hopes – mapped [REVEAL]
Sturgeon’s indyref2 bid to bypass Westminster skewered ‘Is it legal!?’ [INSIGHT]
Everything she touches gets worse Sturgeon has made a mess of Scotland [ANALYSIS] 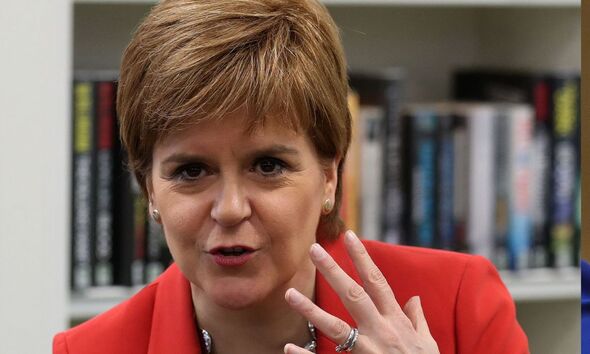 GDP, a measure of goods and services, has been criticised for undervaluing quality of life – but these are also under question in Scotland. The life expectancy for men and women in Scotland has seen the most dramatic fall in 40 years, accelerating under Ms Sturgeon’s watch, with Scottish men born today given a life expectancy of 77 years, the lowest in the UK, while women have 81 years.

Meanwhile, the SNP’s Government is plagued by a persistent attainment gap between rich and poor – something which Ms Sturgeon had said it would be her “defining mission” to close.

At 11 years old, there is a 20 percent gap between the richest and poorest pupils’ ability to write, read and count, according to the Scottish Government’s data. The situation is also difficult for the NHS in Scotland, with 8,000 patients waiting for more than the four hour standard to be seen in A&E last month – making up nearly a third of all those who went.