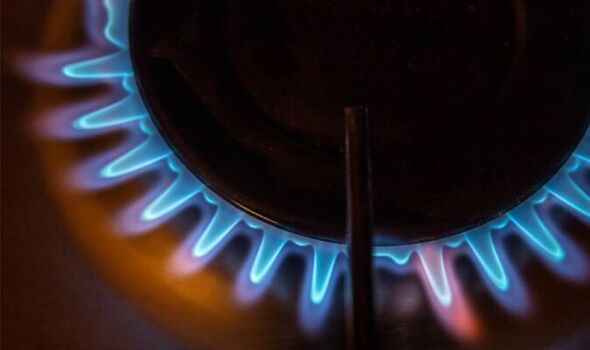 Baroness Ros Altman spoke out as it emerged over 1 million Britons are in debt to predatory loan sharks, often to cover essentials such as council tax and electricity. Her comments also came amid widespread predictions that the worst is yet to come with more set to be pushed into poverty and out of their homes.

Baroness Altman said radical action is needed to prevent the spiralling numbers being plunged into poverty leading to increasing and long term “misery and mortality.”

The life peer said increasing numbers of people are now unable to heat their homes or feed themselves or their families properly.

Many are so desperate they are borrowing from lenders at extortionate rates, or resorting to the “gamble” of crypto currency which she added  “tends not to end well.”

“People will be running out of money within months. Pensioners, disabled people and those with young families are on the front line, but people are being affected across the board including working families.

Millions of people won’t suddenly find money they didn’t have before to pay for the rising cost of fuel and household goods. The Government must introduce energy subsidies for all households to tide people over while fuel prices are so high,” she said.

She added, “This sudden change in energy prices is like a heart attack on a family budget.

“It’s so phenomenal the government should subsidise half the additional cost for one to two years as we wait for prices to hopefully subside.

“We are meant to be a developed country – we have underestimated the extent of this crisis and if we don’t take action we will be like a third world nation.

“It’s all very well to say only a minority are affected, but this is not a tiny minority.

“We are talking about millions of proud British people who never earned a fortune either because they chose a job that wasn’t particularly well paid and pensioners who simply cannot make ends meet.”

She said the crisis could at least double the 3 million pensioners already in fuel poverty – one million of whom are classified as “extremely poor” which she said is not being properly mitigated by the government’s special grants – such as the warm homes discount or cold weather payments.

Her comments follow a report from the Centre for Social Justice which found 1.08 million Britons are indebted to a loan shark.

Almost two thirds – 62 per cent – in 2021 had an income less than £20,000 a year with 45 percent saying they borrowed the money to cover essentials such as school uniforms, pushchairs, electricity and council tax.

Dennis Reed of campaigners Silver Voices said: “Everything is going up…not just energy, all the essentials of life…The cost of living crisis would be ameliorated overnight if the government increased the state pension by the triple lock which would be over 8 per cent, and benefits by over 8 per cent.”

He said other countries were doing more to support people including France which pegged energy price rises to 4 percent and Greece which boosted pensions.

But added loans were not the answer. “The last thing we want is another loan…. that’s just storing up problems for the future,” he said.

In April fuel, national insurance and water charges rose while the energy price cap also increased by 54 percent. Food inflation was already increasing and is now reaching 8 per cent per year.

It is expected the energy price cap will rise again on 1 October, which means families could see their fuel bills more than double in less than a year.

The Resolution Foundation think tank estimates by then a third of households could fall into fuel stress – paying 10 percent of their annual income on energy.

Some are sharing tips on social media on how to tighten budgets including sitting under duvets during the day, heating one room where children sit and choosing which bills to pay.

Azmina Siddique, Policy and Impact Manager at The Children’s Society, said: “Even before prices of basics like food and energy began to rise, and the increase in National Insurance, nearly four million children were living in poverty last year. In many cases, one or both of their parents were in work.

“This seems unthinkable and totally shameful in a relatively wealthy, developed country.

“It’s not just a figure. Behind it are heartbreaking stories of parents worrying about whether to pay the rent, put the heating on, or make a proper evening meal.

“All this can have a damaging impact on children, harming their physical and mental health, education and life chances.

“We have heard from parents already struggling to feed themselves and their children and to keep their homes warm. We have come across children worried about their families being evicted from home due to missing rent payments. Others have struggled to sleep for fear of bailiffs knocking on the door.”

A spokesperson for the single parent charity Gingerbread, said: “We have heard some truly heartbreaking stories from single parents on how they are living day-to-day. One mother had only eaten one cheese sandwich in three days and another mother said she doesn’t eat when her children are away with their father. This cost of living crisis needs to be taken seriously.

It’s not like affording a coffee or a takeaway, this situation is completely different, these families are not eating. Children are not experiencing a decent standard of living and they are going without food. It is a truly dire situation that we are in.”

Karen Everitt, a 69-year-old charity worker from Coventry is terrified of going into debt because her income barely covers her outgoings.

The charity project manager who works a 30 hour week, has not put on her heating since January, wears extra layers of clothes and sits under a blanket when not at work.

“Sometimes I can’t sleep because I get so cold. I buy only basics and I cannot do a big shop. I am so scared of going into debt – if my car needed mending for example.

“There are many of us in this situation, effectively excluded from life which has become just a grind. I’m flabbergasted that the voices of the majority are going unheard.

“We’re on a daily conveyor belt of misery, at the mercy of forces which see huge price increases while those in charge are not experiencing the consequences of living in these shoes.”