Home » Politics » The Spot: Neguse makes a name for himself during impeachment and more Colorado politics news

What’s The Spot? You’re reading an installment of our weekly politics newsletter. Sign up here to get it delivered straight in your inbox.

“Senator after senator kept coming up to me and saying, ‘Who is that guy? Who is that guy?’” U.S. Sen. Michael Bennet told a Capitol Hill pool reporter Wednesday night, after Day Two of the second impeachment trial of Donald Trump.

That guy is U.S. Rep. Joe Neguse, a 36-year-old Democrat from Lafayette who’s serving as one of nine impeachment managers (read: prosecutors). The rising Democratic star has been given a national stage this week and has impressed.

“He’s showing us, right now as an impeachment manager, what I’ve seen in him since I first met him in college — he is smart, he is humble, he is a leader,” Democratic state Rep. Leslie Herod told The Post’s Alex Burness this week.

The praise has been bipartisan, according to Bennet, and even Trump’s attorneys tipped their hats in his direction.

It’s a popular parlor game among Colorado Democrats to guess how high and how fast Neguse can rise. When asked if Neguse could be president one day, Herod said, “I absolutely believe and hope that for our country.”

“I don’t know if he thinks that about himself,” she added, “but it’s definitely time that he does.”

Want to get caught up on Neguse’s speeches? On Tuesday, he told jurors the trial was constitutional. On Wednesday, he outlined the prosecutors’ case against Trump.

To support the important journalism we do, you can become a Denver Post subscriber here.

Have a question about Colorado politics? Submit it here and it’ll go straight to The Denver Post politics team. 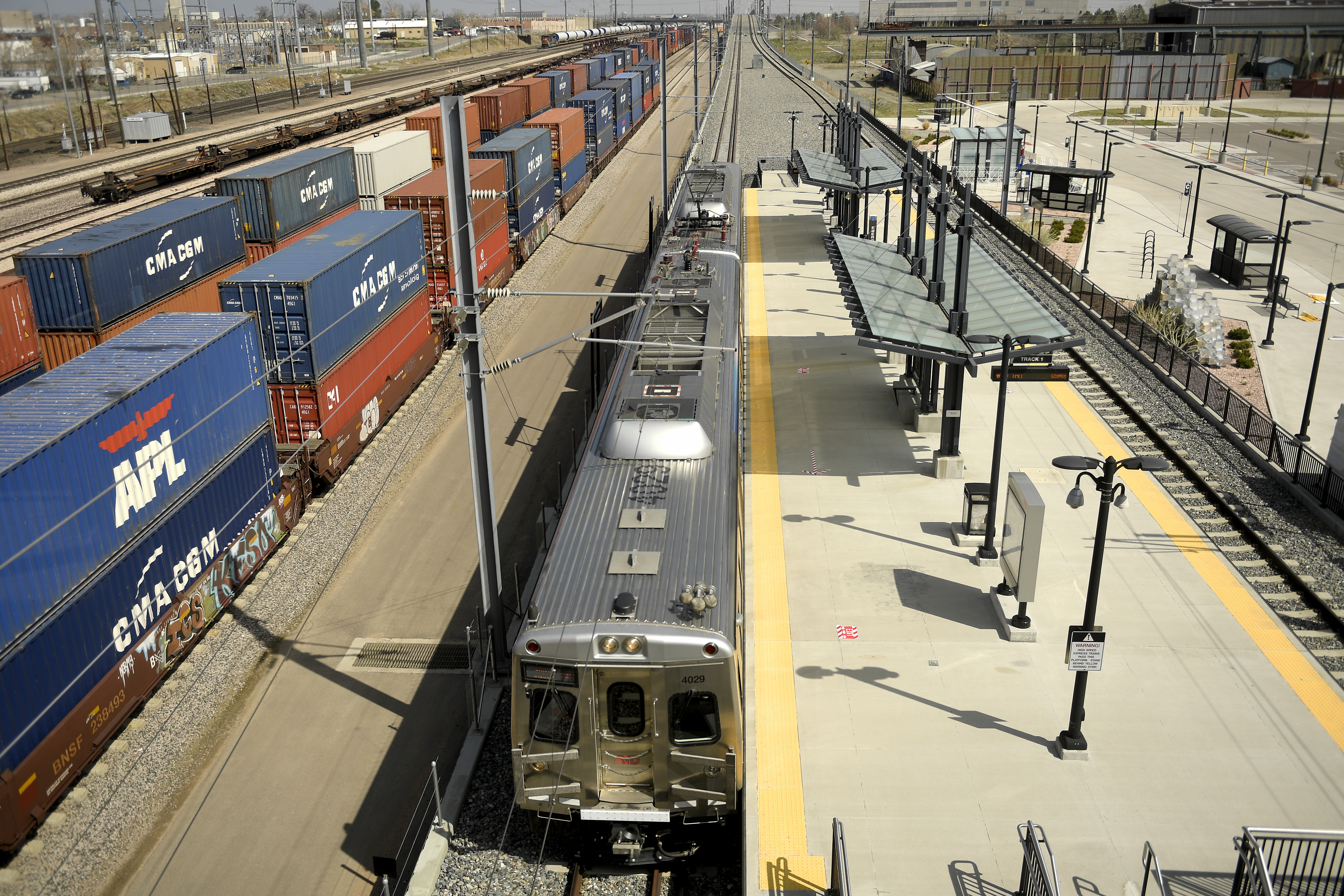 Since 2004, taxpayers have been pitching in to get the long-promised RTD line from Denver to Longmont. Colorado Gov. Jared Polis showed up at a virtual public meeting this week, the Post’s John Aguilar reported, saying the agency’s now 20-plus-year estimate for the B-Line is not a legitimate timeline for discussion.

Former Colorado state Rep. Val Vigil, most known for his efforts to get in-state college tuition approved for students who came to the country illegally, died last week at 73.

The Democrat from Thornton pushed the legislation for three years, from 2003-2005, but it didn’t pass until after he was out of the legislature on Democrats’ seventh attempt in 2013.

Joe Salazar, who served in the Colorado House from 2013-2019, helped carry the torch forward.

“There were thousands upon thousands of people affected by (Vigil),” Salazar said.

The week Vigil died, immigration advocacy groups denounced actions by Democratic U.S. Sen. John Hickenlooper, who sided with Republicans on a non-binding vote to block stimulus payments for immigrants who came to the country illegally.

The Action Fund for the Colorado Organization for Latina Opportunity and Reproductive Rights said it would be an understatement to call Hickenlooper’s vote a disappointment.

“Candidate Hickenlooper promised Coloradans in 2020 that he’d learned from his past mistakes that harmed our undocumented brothers and sisters,” the group said in a statement. “Unfortunately, Senator Hickenlooper seems to have forgotten his promises to our communities, at the first opportunity, he has voted against our communities.”

A flood of legislative proposals is coming next week when lawmakers return to the Capitol to restart their 2021 session.

While most bills won’t be introduced until the restart, we got a sneak peek at a handful that were approved for early release.

There’s the bill to allow dead bodies to be composted, which was sidelined last year because of COVID. Another would allow in-state tuition for members of Indigenous tribes with historical ties to Colorado. Here’s the full list, if you’re interested.

One early-release bill to watch would grant benefits to military veterans who were dishonorably discharged under anti-LGBTQ policies like Don’t Ask, Don’t Tell.

It’s personal for first-year state Democratic Rep. David Ortiz, believed to be the first openly bisexual man elected to the legislature. He’s also an Army veteran who was paralyzed from the waist down in a helicopter crash.

“There was a great injustice done, bottom line,” he said of the need for a bill to return benefits like in-state tuition to veterans who lost their jobs because of their gender identity or sexual orientation.

“When you’re coming for me — like in my helicopter crash, for example — I don’t care who that medic is sleeping with or what they identify as,” he said. “They’re American.”

Ortiz said he wasn’t out to his Army colleagues, because even after Don’t Ask, Don’t Tell was repealed in 2020, he didn’t quite feel comfortable.

“I wasn’t interested in making my career more difficult than it needed to be, to my shame,” he said.

“This library should have been in Globeville …”

Denver City Council members had to pick Monday night between opening a new library branch and opening it in the place that needed it the most. They picked the new branch.

It was a fine line to walk, Councilwoman Candi CdeBaca said before voting in favor of the new branch for the well-to-do River North Art District.

Although she supported the affordable new branch — which will cost the city $180,000 a year for 10 years — CdeBaca said residents told her the move was a slight to the neighborhoods to the north.

The newest branch will aim to highlight the district’s namesake: art. There will be a maker’s space, possibly featuring a tool library, 3-D printer and sound studios — some of which can be found at other libraries.

“We do have a very small library in the Elyria neighborhood, which is supposed to serve all three (neighborhoods) and is just totally inadequate to meet the needs of the three neighborhoods,” Councilwoman Debbie Ortega said before also voting in favor of the new branch.

Ortega was optimistic, though, saying there might be another city-owned property on Washington Street in Globeville that could serve as an affordable way to bring the neighborhood its own library branch.

Forward this newsletter to your colleagues and encourage them to subscribe.