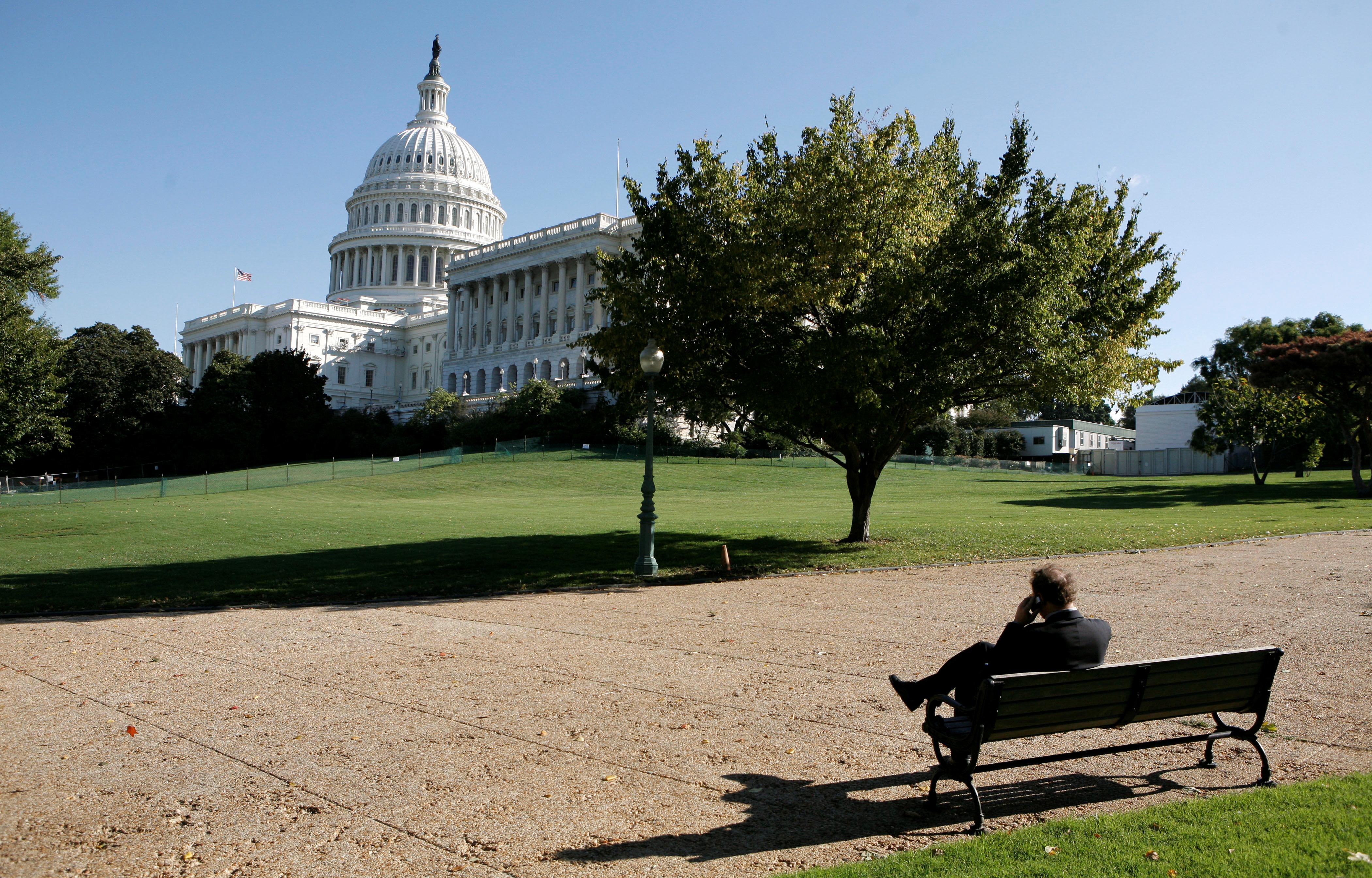 WASHINGTON (Reuters) – Masked and gloved members of the U.S. House of Representatives gathered in a largely empty Capitol for the first time in weeks on Thursday to vote on the next coronavirus response bill under rules that will extend proceedings for hours in the name of safety.

Representative Jim McGovern, chairman of the powerful House Rules Committee, came to the chamber in a brightly colored mask featuring logos of the New England Patriots to urge that the House find a way not to have to vote in person.

“The year is 2020, technology has advanced considerably over the last 231 years,” McGovern said, referring to the age of the U.S. government.

Face covers have been recommended by Congress’ attending physician for any proceeding in which members may not be able to stay six feet (two meters) apart.

They were not required. And Democratic House Speaker Nancy Pelosi did not wear one as she spoke.

Lawmakers have been instructed to wait in their offices for the vote, instead of wandering onto the House floor during debate. They will only be allowed into the chamber during their allotted speaking time, spending the rest of the time in their offices watching on television.

When it comes time to vote, they will head into the House in alphabetical order in small groups. There will also be a half-hour break to clean the cavernous chamber between the first and second votes.

The $484 billion bill is expected to pass easily.