Home » Politics » Tory leadership election first round analysis – who were the winners and losers?

Unlike most Brexiteers, she appeals to the One Nation centrist group of Tory MPs, giving her support across the party. 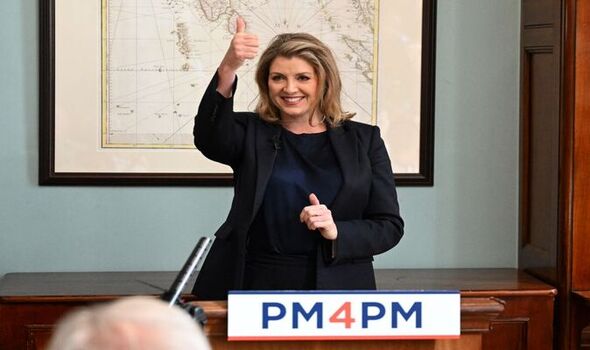 Polls also put her as the candidate who would beat every one of her rivals when the grassroots are given a say.

But it is still early days in the contest and a better picture will emerge today when the second full round of voting takes place.

Secret ballots allow for treachery, something Remainer Jeremy Hunt experienced when he secured less support in yesterday’s vote than he did on his nomination papers.

Chancellor Nadhim Zahawi, who before the contest had been hotly tipped as the outsider to watch, also crashed out.

The brutal reality is that within seconds of the result being announced, the teams of the remaining candidates were hitting the phones trying to scoop up the pair’s 43 votes.

Ms Mordaunt is well placed to take some of those supporters and current frontrunner Rishi Sunak may also secure a number of the MPs.

Tory leadership contests are feverish affairs at the best of times and carried out during a heatwave can turn even the most sensible soul slightly delirious.

The right of the party has so far failed to coalesce behind one candidate, splitting its vote and allowing the contest to be dominated by Mr Sunak and Ms Mordaunt.

Home Secretary Priti Patel ruled herself out of the contest and is yet to declare who she will back but her decision will be influential.

The Brexiteer right will need to find some cool heads despite the hot weather if it wants to get a grip on the contest.