Iain Duncan Smith hits out at attempt to 'antagonise' Scots

Backbench rebels were gearing up to force through measures that would outlaw deals with states the High Court rules carry out crimes against humanity. But ministers were accused of using “every trick in the book” after employing obscure parliamentary procedures to stop MPs voting on the proposals. Ex-Tory leader Sir Iain Duncan Smith said ministers had “deliberately blocked” the vote and said the move was “beneath them”.

He added: “The Govern-ment has run out of arguments and is now using arcane procedural games which demean the House of Commons.”

Peers inflicted a defeat on the Government last week to amend the Trade Bill to give British courts jurisdiction over genocide cases.

Conservative MPs were ready to join opposition parties to back the change.

But the Government insisted trade deals should be a matter for them and Parliament rather than the courts, and rolled the proposal into another amendment to stop MPs having a straight vote.

Downing Street insisted it was “common practice” to package changes together if they cover similar issues. 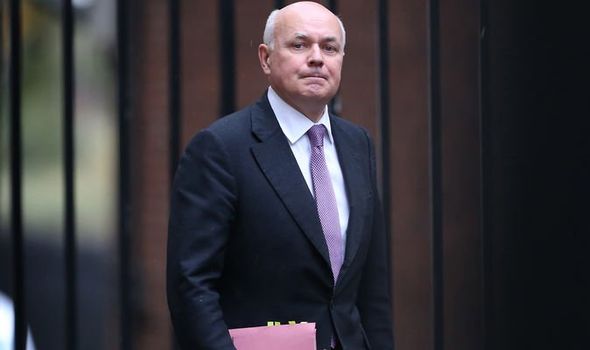 But some Conservatives claimed the move was “cynical” and opposed the compromise measure.

Former minister Nusrat Ghani said: “The Govern-ment knew it was going to lose so has used every tactic and trick in the book to prevent a vote.”

Bob Blackman, chair of the Commons’ APPG for Holocaust Memorial, said: “Last week we all remembered the atrocities of the Holocaust.

“Today was Parliament’s chance to make ‘never again’ a reality.

“Instead the Government has chosen to deny a clear majority of the House of Commons a chance to vote.”