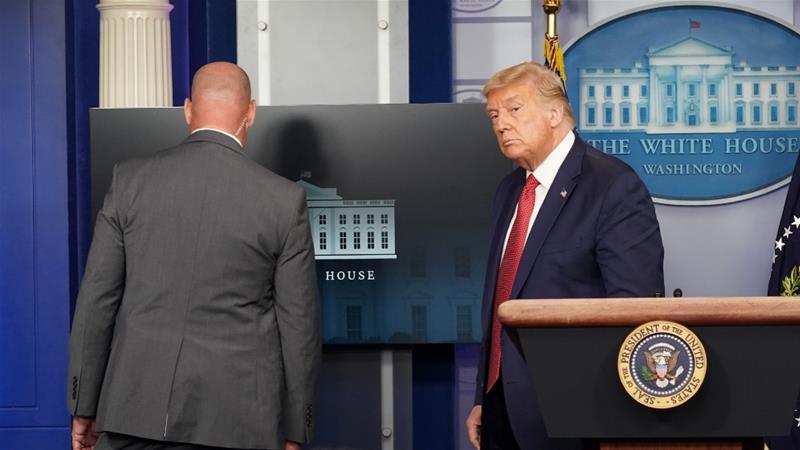 US President Donald Trump was abruptly escorted from the White House briefing room on Monday shortly after a shooting outside the fence surrounding the complex.

Trump returned to the media room after several minutes and said a person had been shot by law enforcement and to the hospital. He said he understood the suspect had been armed.

“It was a shooting outside of the White House,” Trump said.

“It seems to be very well under control. … But there was an actual shooting, and somebody has been taken to the hospital. I don’t know the condition of the person.”

He said the shooting was near the fence at the edge of the White House grounds.

Nobody else was wounded in the shooting, Trump said. He praised the Secret Service response and said the agency would have more details on the event later.

“There were no details – we just found out just now,” Trump told reporters.

The Secret Service did not immediately respond to queries about the incident.

Trump told reporters he was taken to the Oval Office outside the briefing room after he was escorted out.

‘Answer the question!’ Speaker hits out AGAIN at Boris Johnson during tense PMQs

Democrats Were Lukewarm on Campaign Biden. They Love President Biden.