WASHINGTON (Reuters) – President Donald Trump said on Thursday he was blocking Democrats’ effort to include funds for the U.S. Postal Service and election infrastructure in a new coronavirus relief bill, in a bid to block more Americans from voting by mail during the pandemic.

Congressional Democrats accused Trump of trying to damage the struggling Postal Service to improve his chances of being re-elected in November, as opinion polls show the Republican facing a tough fight from presumptive Democratic nominee Joe Biden.

Trump has been railing against mail-in ballots for months as a possible source of fraud, although millions of Americans – including much of the military – have cast absentee ballots by mail for years without such problems.

Trump said his negotiators have resisted Democrats’ calls for additional money to help prepare for presidential, congressional and local voting during a pandemic that has killed more than 165,000 Americans and presented severe logistical challenges to organizing large events like the Nov. 3 election.

The amount of money in question is less than 1% of either party’s current proposed aid package for Americans struggling because of the coronavirus pandemic. Senate Republicans have floated a $1 trillion response while the Democratic-controlled House of Representatives passed a $3 trillion bill in May.

Senate Majority Leader Mitch McConnell on Thursday said the Republican-controlled Senate was leaving Washington until September, unless there was a coronavirus relief agreement that required a vote. 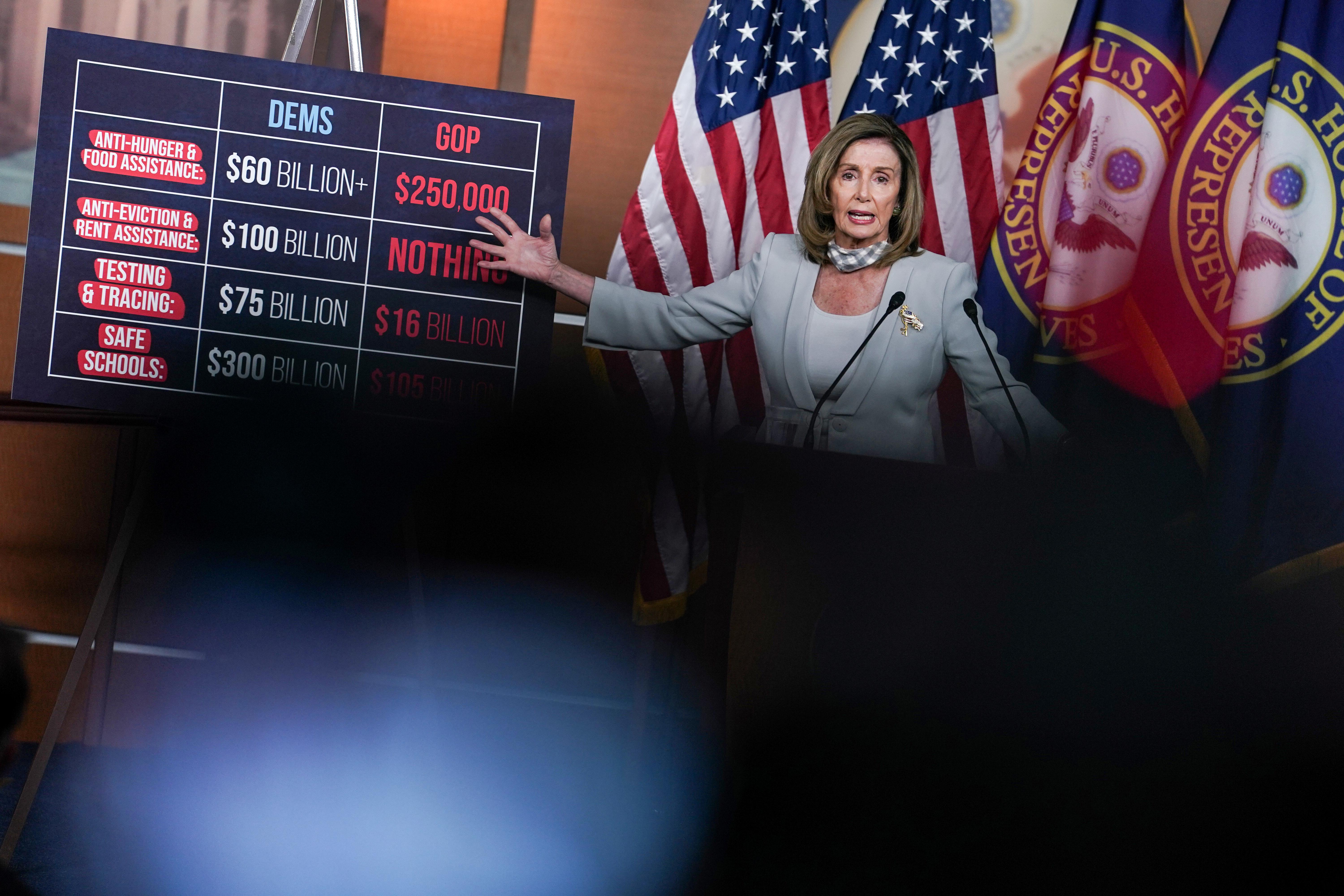 “I’m still hoping that we’ll have some kind of bipartisan agreement here sometime in the coming weeks,” he told reporters.

Democrats have cried foul, accusing Trump and his party of trying to make it harder for Americans to vote, as experts said concern about catching COVID-19 could keep up to half of the electorate away from the polls.

“Pure Trump. He doesn’t want an election,” Biden said, when asked about Trump’s comments before a campaign appearance.

Roughly one in four U.S. voters cast ballots by mail in 2016, and Trump has voted by mail. Trump has also criticized state efforts to make voting by mail more widely available, saying without evidence it could lead to widespread fraud. Evidence shows mail voting is as secure as any other method.

Pelosi said any coronavirus relief bill should include billions of dollars to protect not just Americans’ right to vote but also essential services, such as mailing prescription medicines, during the pandemic.

White House spokeswoman Kayleigh McEnany doubled down at a news briefing, saying the administration opposed any additional funding for election security in a coronavirus relief bill. 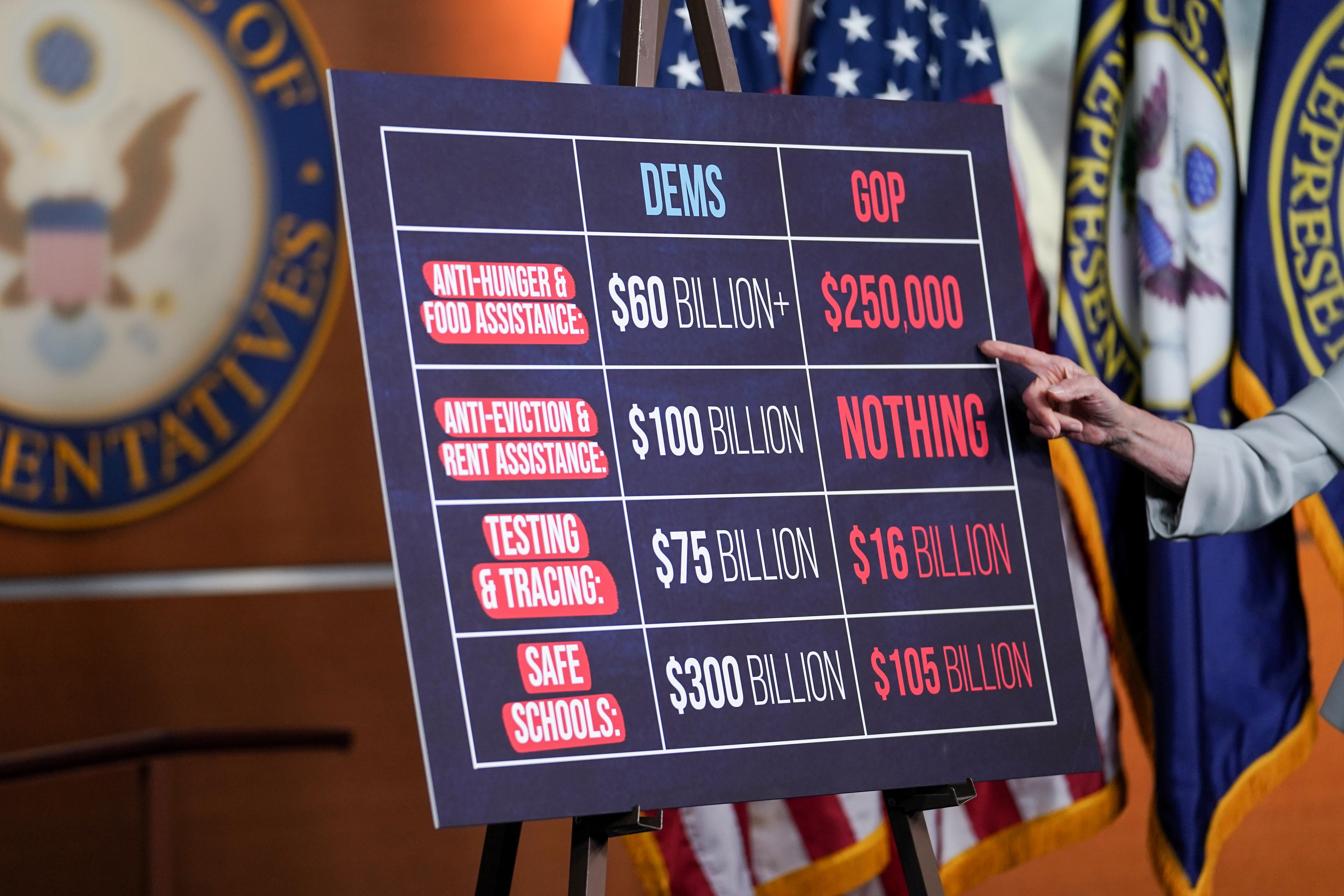 A Reuters/Ipsos poll this week showed that Americans blame both parties for the standoff in negotiations, which has led to the expiration of a $600-per-week lifeline to unemployed people and the end of a moratorium on evictions.

New Postmaster General Louis DeJoy, who has donated $2.7 million to Trump and his fellow Republicans since 2017, has ordered operational changes and a clampdown on overtime in a bid to fix the financially troubled Postal Service, which reported a net loss of $2.2 billion in the last quarter.

Those measures have led to mail delays across the country, which could complicate mail-based voting. State election officials have scrambled to expand mail-voting capacity as experts say the pandemic could prompt up to half of all U.S. voters to cast their ballots by mail.