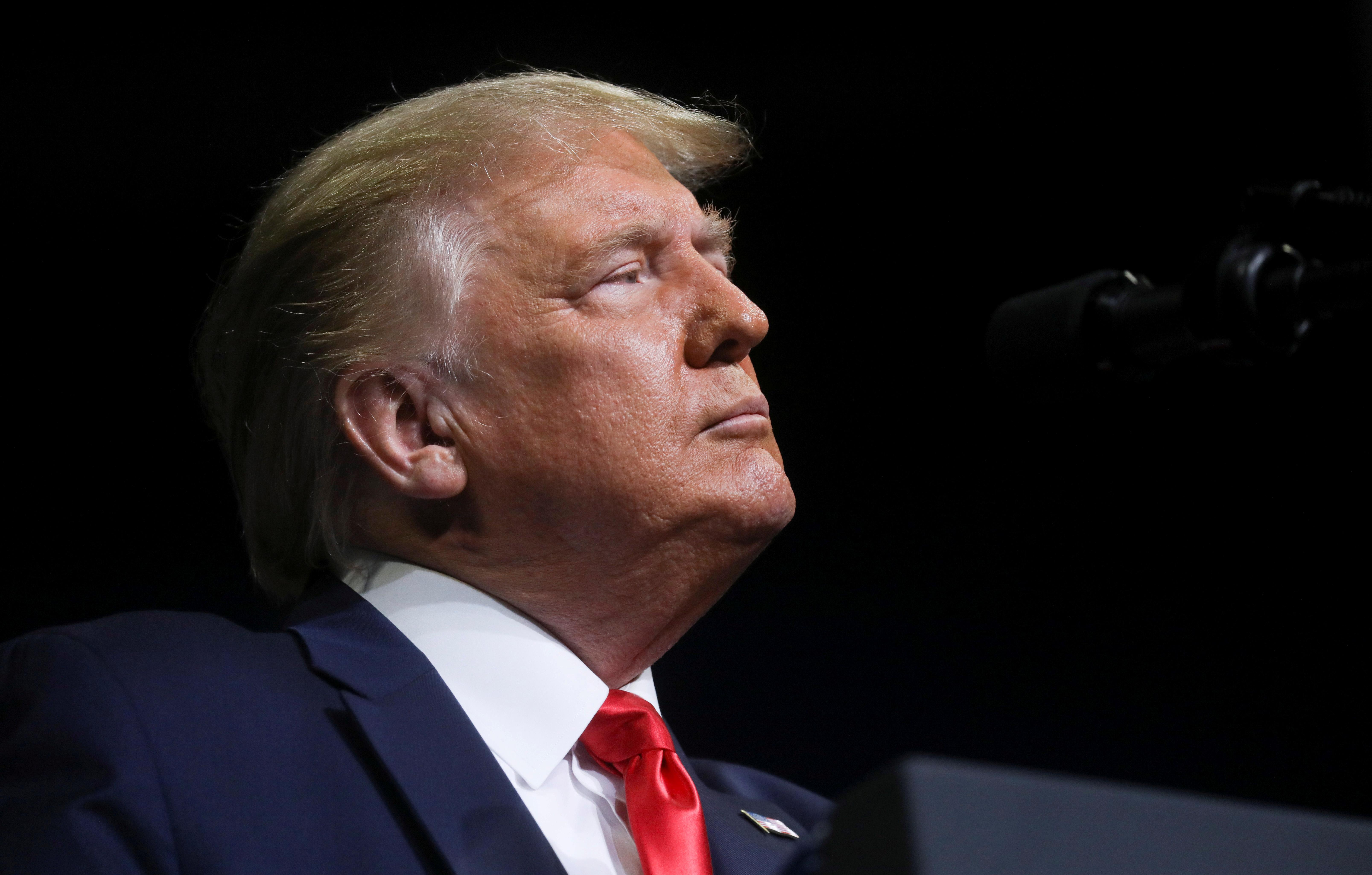 MIAMI (Reuters) – A campaign rally for President Donald Trump set for Saturday in New Hampshire has been postponed by a “week or two” because of a tropical storm off the East Coast, White House spokeswoman Kayleigh McEnany told reporters on Friday.

The rally had been set for Portsmouth, New Hampshire, on Saturday.

Tropical Storm Fay was expected to sweep across the heavily populated northeastern United States on Friday, bringing moderate to heavy rains and the potential for some flooding, the National Weather Service said.

The storm is expected to bring rain and gusty winds to southern New Hampshire early on Saturday, but will have moved out of the area by the afternoon, National Weather Service meteorologist Dan Peterson said.

A forecast posted on Weather.com predicted an 8% to 15% chance of rain in Portsmouth on Saturday between 7:00 and 10:00 pm ET; Sunday was slated to be mostly sunny.

“The rally scheduled for Saturday in Portsmouth, New Hampshire has been postponed for safety reasons because of Tropical Storm Fay. It will be rescheduled and a new date will be announced soon,” said Tim Murtaugh, the Trump campaign’s communications director.

Republican Trump has held a series of events recently with large crowds despite warnings from public health professionals about the dangers of big gatherings during the coronavirus pandemic.

New Hampshire Governor Chris Sununu, a fellow Republican, said earlier this week he planned to greet Trump at the airport but would not attend the rally because of the number of people expected.

“I’m not going to put myself in the middle of a crowd of thousands of people… as the governor, I try to be extra cautious for myself and my family,” he said.