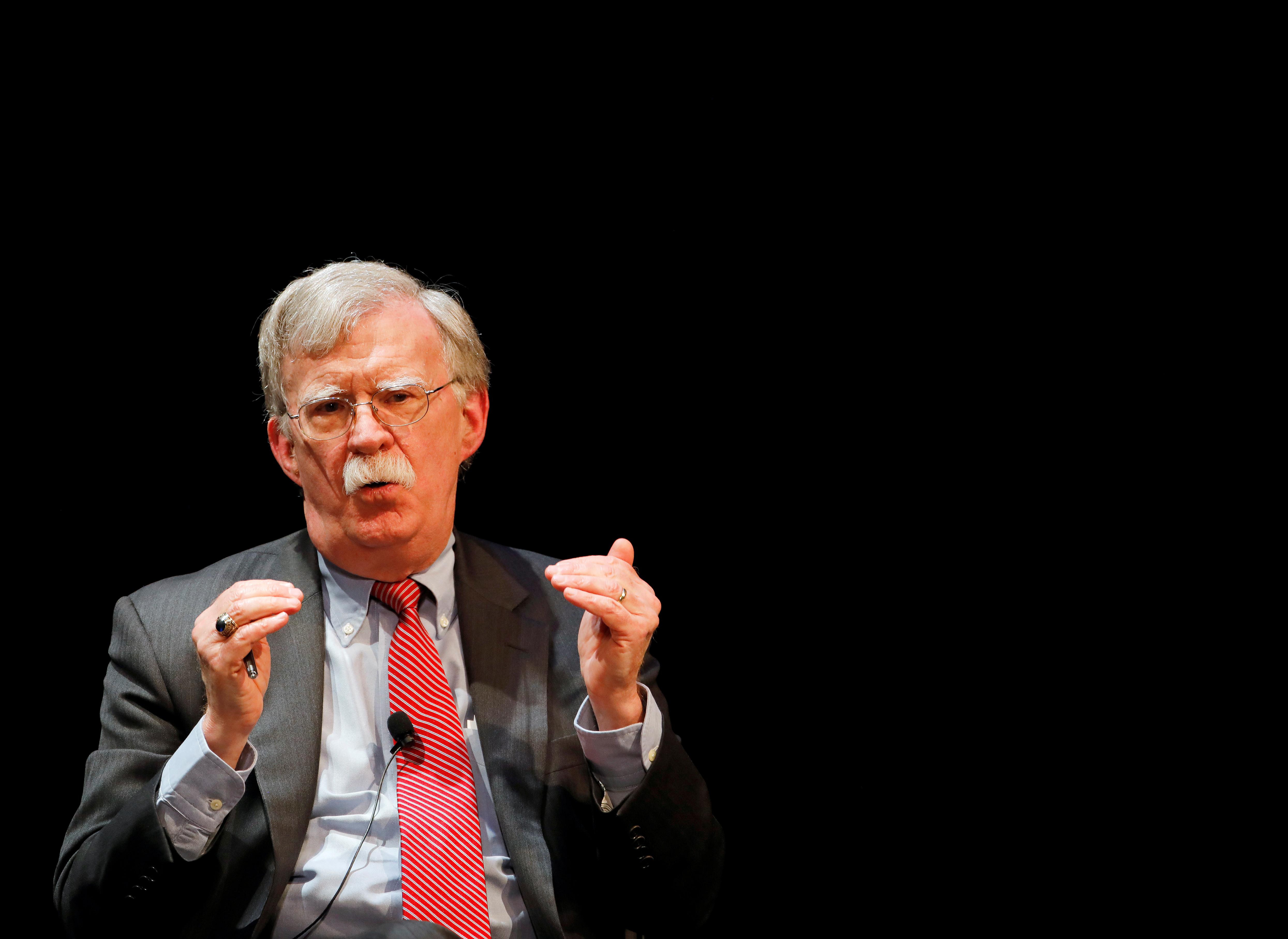 WASHINGTON (Reuters) – U.S. President Donald Trump said on Monday his former national security adviser John Bolton will have broken the law if a book he has written is published.

Trump, speaking to reporters at the White House, also said any conversation with him was classified.

Attorney General William Barr, speaking at the same event, said Bolton had not completed the process necessary to publish his book and the Justice Department was trying to get him to delete classified information.

Bolton’s “The Room Where It Happened: A White House Memoir,” is set to be published on June 23.

The publisher, Simon and Schuster, said in a news release on Friday the book provides an insider account of Trump’s “inconsistent, scattershot decision-making process.”

“This is the book Donald Trump doesn’t want you to read,” Simon and Schuster said.

Trump fired Bolton in September amid simmering differences on a wide array of foreign policy issues.

Bolton argues that the Democratic-led U.S. House of Representatives should have expanded its impeachment probe against Trump last year to beyond questions over whether Trump invited foreign interference from Ukraine.