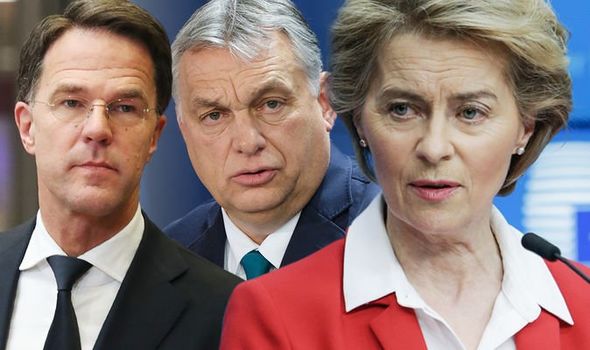 The EU Commission published its first report on the rule of law proceedings in member states, namely Poland and Hungary.

Sweden, Belgium, Denmark, Finland and Holland have all called for tougher rule of law proceedings to take place.

Despite their rejection of the report, the majority of EU-Ambassadors proceeded to start negotiations over the budget in the EU Parliament, which will begin next month.

Crucially, some member states had called for tougher conditions linked between the rule of law and the crucial coronavirus rescue package.

Due to the proceedings taking place in their own countries, Poland and Hungary had also rejected the proposal to tie the budget to the rule of law.

Within the EU’s report, serious concerns were revealed over the situation on Poland and Hungary.

The EU has admitted these concern relate to the independence of the judiciary in the two states.

There have also been accusations over the violation of freedom of speech, corruption and treatment of minorities in Hungary.

In Poland, the ruling Law and Justice Party has also instituted reforms on the judiciary.

Namely, the Polish president can grant a five-year extension to any member of the Supreme Court.

Another reform was the ability to be investigated and sanctioned for their rulings.

The report stated: “Poland’s justice reforms since 2015 have been a major source of controversy, both domestically and at EU level, and have raised serious concerns, several of which persist.”