Keir Starmer accused of being 'half asleep' by Rees-Mogg

Brexit Opportunities Minister Jacob Rees-Mogg has argued that Sir Keir Starmer’s plan for Brexit is a “half-cock” attempt at copying what the Conservatives are already doing. Mr Rees-Mogg pointed out to former BBC presenter Andrew Marr that some of the Labour Leader’s newly announced Brexit positions were ones the Government have already been taking action on including the Northern Ireland Protocol and on the recognition of qualifications.

Mr Marr asked the Brexit Opportunities Minister: “Can I just read you something that Keir Starmer has said in the speech that he’s just making at the moment, he says ‘Under Labour, Britain will not go back into the EU we will not be joining the single market. We will not be joining a customs union.

“‘I know some people don’t want to hear that. But it’s my job to be frank and honest under labour, that simply will not happen.’ Do you accept that?”

Mr Rees-Mogg told the LBC presenter: “Sadiq Khan has immediately contradicted him and says he thinks that that is a mistake, so there’s a clear division in the Labour Party.” 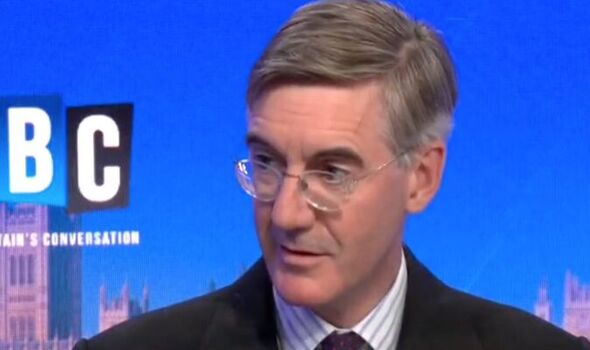 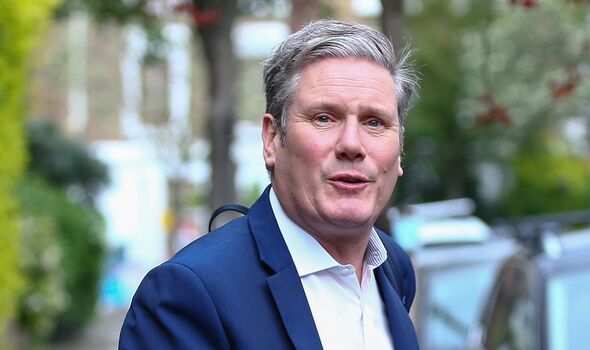 “He set a path to his own departure so heaven knows how long he will be leader for.”

“I’m fascinated by what he’s got to say or reports of it because he’s leaked his speech, as far as I can tell himself quite widely,” continued Mr Rees-Mogg.

“What he wants to do by and large is things either the Conservatives are doing, say he wants to change the Northern Ireland protocol, so I hope you’ll support us on our bill.”

Mr Rees-Mogg added: “He wants recognition of qualifications, which we’ve already legislated for.

“So you do wonder if he was half asleep last year.

“I think all that Sir Keir is going to be saying later on today is that he wants to do what the Conservatives are doing but half-cock.

“So it’s not much of an announcement by him today.” 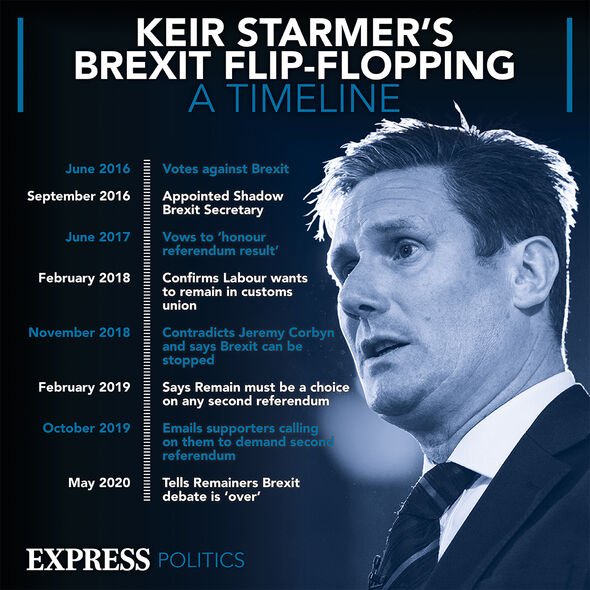 In his speech, Sir Keir ruled out rejoining the EU or the single market if Labour comes to power, insisting such moves would sow further division in Britain.

He also said the UK would not join a customs union under his party’s leadership, as he set out a five-point plan to “make Brexit work”.

Sir Keir said Labour is “claiming the centre-ground of British politics once again”, not from a “mushy place of compromise”, but driven by “purpose” and “optimism”.

He said he would say more about how it intends to get the country’s economy growing again “in the weeks and months to come”, but the first step is to make a success of leaving the EU.