President Trump’s allies have promoted claims of corruption aimed at the former vice president’s son in an effort to damage the Biden campaign. 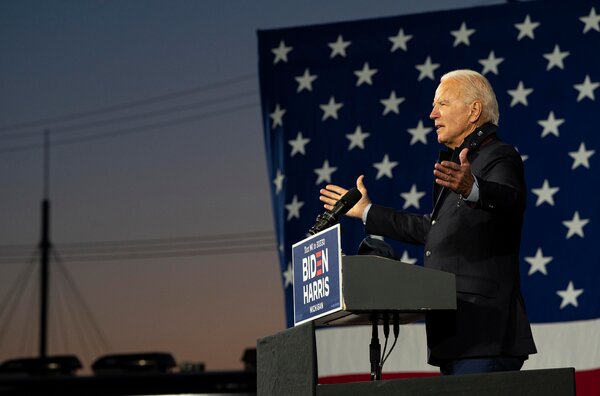 President Trump’s allies have long promoted claims of corruption about Joseph R. Biden Jr.’s son Hunter in a bid to damage Mr. Biden’s presidential campaign. The accusations intensified in recent days when some of Mr. Trump’s associates, including his personal lawyer Rudolph W. Giuliani, provided material for a New York Post article detailing some of the allegations. The Post reported that the F.B.I. had seized a computer that purportedly belonged to Hunter Biden.

The Biden campaign has rejected the accusations. Many questions remain about the origins of the allegations themselves, the laptop and what, if anything, agents are investigating.

What are the allegations Mr. Trump and his allies are making?

The Post article relied on documents purportedly taken from the computer to try to buttress an unsubstantiated argument peddled by Mr. Giuliani and other Trump supporters: that as vice president, Mr. Biden had shaped American foreign policy in Ukraine to benefit his son. The events are the latest chapter in a more than two-year effort by the president and his allies to uncover damning information about the Bidens, a pursuit that also helped prompt Mr. Trump’s impeachment.

Mr. Biden has long said he knew nothing about his son’s business activities in Ukraine. But the article suggested that the former vice president met with an adviser to a Ukrainian energy company whose board Hunter Biden sat on, Burisma Holdings. The article referred to an email that the adviser, Vadym Pozharskyi, sent to Hunter Biden thanking him for “giving an opportunity to meet your father” and to spend “some time together.”

A Biden campaign spokesman said Mr. Biden’s official schedules did not show a meeting between the two men. A lawyer for Hunter Biden, George Mesires, told The Washington Post that “this purported meeting never happened.”