Home » Politics » With the eviction moratorium back in place, the Biden administration is racing to distribute aid. 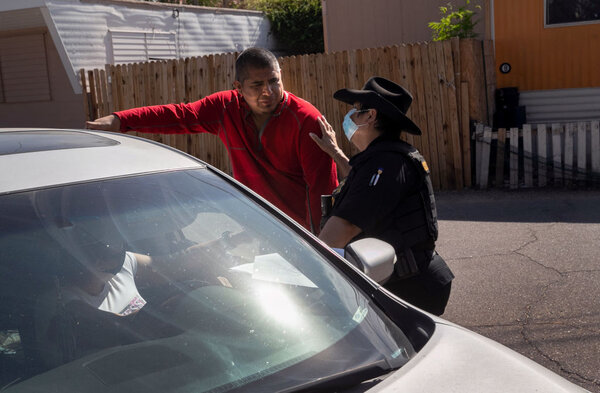 The reinstatement of the federal eviction moratorium on Tuesday came as a relief for progressives, but for White House officials it was just the starting gun of a 60-day sprint to distribute billions in rental aid, in a nerve-rattling race that could be stopped by the courts at any moment.

President Biden’s decision to implement a new freeze to replace the moratorium that expired on Saturday was a risky strategy intended to reset the legal clock by creating a new initiative that has not yet been subject to a court challenge from landlords.

On Wednesday, the White House press secretary, Jen Psaki, acknowledged the legal fragility of the new extension, which came after a June Supreme Court ruling in which Justice Brett M. Kavanaugh issued an explicit warning to the administration not to extend the moratorium beyond July 31 without congressional approval.

“We don’t control the courts, we don’t know what they will do,” Ms. Psaki told reporters at the White House.

But the decision, she added, was necessary — and represented Mr. Biden’s message to tenants “that he shares their concern” and “wants renters to be able to stay in their homes.”

The new evictions ban signed by the Centers for Disease Control and Prevention is scheduled to expire on Oct. 3, and is more narrowly targeted than the first, limited to areas facing significant threats from the Delta variant of the coronavirus.

But it will still cover about 90 percent of renters nationwide. And one of its main aims is to buy more time to stand up the troubled Emergency Rental Assistance program — which has thus far allocated just $3 billion of $47 billion slated by Congress to pay for back rent accrued during the pandemic.

But the effectiveness of the massive program, which is intended to keep millions of tenants from being evicted, ultimately rests on the efforts of local officials and the removal of bureaucratic impediments that often come down to details, like making sure state aid applications are easy to fill out.

On Wednesday, the Treasury Department posted a series of sample application forms, based on streamlined paperwork used in Virginia and other states, intended to quicken the pace of payments.

Landlords and conservatives opposed the decision to extend the ban, arguing that it violated constitutional property rights and denied owners access to their main mechanism for dealing with tenants who will not pay rent or follow the rules.

“The sad reality for many smaller landlords whose obligations continued throughout the pandemic as rents went uncollected is that they may never collect the overdue amounts from judgment-proof tenants,” Joel Zinberg, a senior fellow with the Competitive Enterprise Institute, a conservative Washington think tank, said in an email.