Schools could be breaking the law by promoting “divisive” and “politically controversial” language according to the Education select committee. The MPs said teachers should consider whether promoting such terms was in line with their duties under the Equality Act 2010.

The findings were part of a report by the cross-party committee into why poor white children underperformed at schools when compared to other disadvantaged groups.

In damning results, it said “muddled” policy thinking and a failure by the Department for Education (DfE) to admit the extent of the problem had badly let down white working class pupils.

It said while those from other disadvantaged groups had received extra support through charities and other groups, white pupils on free schools meals had been left behind.

“The Forgotten: How White Working-class Pupils Have Been Let Down, and How to Change It” report found just 53 percent of disadvantaged white British pupils met the expected standard of development at the end of the early years foundation stage in 2018-19. 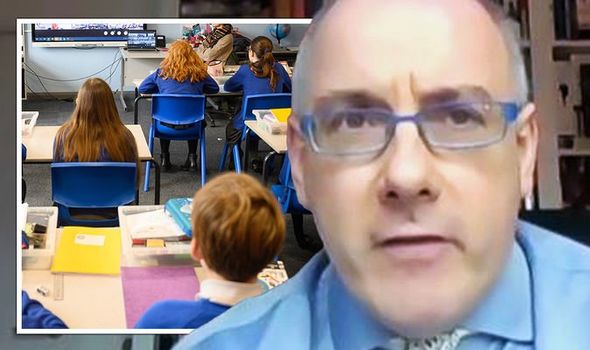 Meanwhile, at GCSE level, just 17.7 percent of disadvantaged white British pupils achieved grade 5 or above in English and maths.

It compared to 22.5 percent of all disadvantaged pupils receiving hitting the benchmark.

The Conservative chair of the committee, Robert Halfon, accused the DfE of being “reluctant” to recognise the specific challenges faced by the group.

He added: “We also desperately need to move away from dealing with racial disparity by using divisive concepts like white privilege that pits one group against another.

“Disadvantaged white children feel anything but privileged when it comes to education.

“Privilege is the very opposite to what disadvantaged white children enjoy or benefit from in an education system which is now leaving far too many behind.” 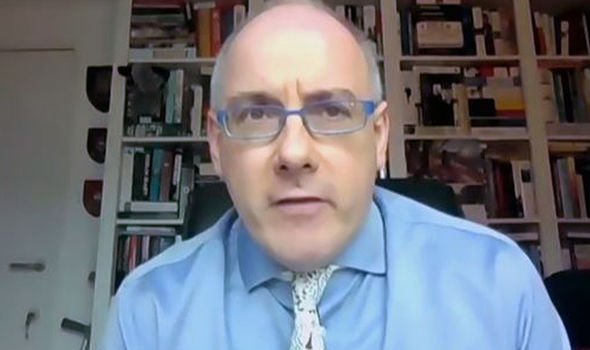 The findings were similar to the Commission on Race and Ethnic Disparities that also said the term “white privilege” can be “divisive”.

The committee made a series of recommendations to improve white working-class pupils’ outcomes.

The findings of the report have been met with backlash. 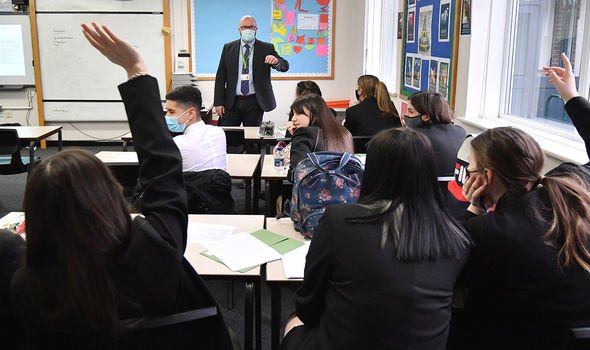 Geoff Barton, general secretary of the Association of School and College Leaders, said criticism of the term white privilege was unhelpful.

He said: “We’re not quite sure why the committee has chosen to enter the debate about the widely discredited report from the Commission on Race and Ethnic Disparities, and the term ‘white privilege’.

“This does not seem helpful and is likely to divert attention from the rest of the report.

“Schools are well aware of their responsibilities and do a very good job in providing opportunities for discussion around issues in a sensitive, balanced and measured way.”

Labour MPs who sit on the Education committee are also reported to have been frustrated by the inclusion of the section of the report.

A Department for Education spokesperson said the Government was focused on ensuring that “no young person is left behind”.

They said: “We are providing the biggest uplift to school funding in a decade – £14 billion over three years – investing in early years education and targeting our ambitious recovery funding, worth £3billion to date, to support disadvantaged pupils aged two to 19 with their attainment.

“The pupil premium is expected to increase to more than £2.5billion this year, through which schools can support pupils with extra teaching, academic support or activities like breakfast clubs or educational trips.”