The 48-year-old tested positive for COVID-19 last week and was taken into hospital as a precautionary measure on Sunday morning. He is expected to remain in hospital for two to four more days due to persisting symptoms and a diagnosis of “insufficient oxygen saturation”. A statement by the Luxembourg government states: “The Prime Minister’s current medical condition is considered serious, but stable.

“Thus, the medical staff surrounding the Prime Minister decided that hospitalisation is currently necessary in order to be able to continue the observation, this for an estimated duration of 2-4 days.”

According to French news agency AFP, Mr Bettel is “short of breath but not intubated”.

Finance minister Pierre Gramegna has been put in charge of signing off on plans while the prime minister remains in hospital.

But Luxembourg’s Ministry of State made clear that the pair are still in close communication. 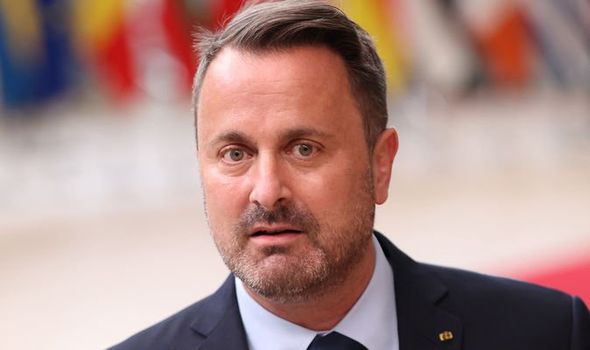 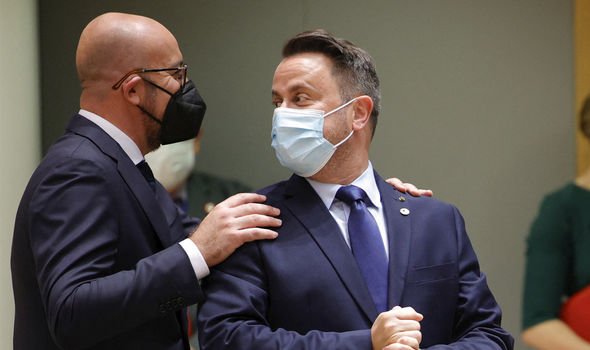 “The Prime Minister will continue to be responsible for the coordination of government work and will assume his functions by distance,” a spokeswoman said.

He received his first dose of the AstraZeneca vaccine on May 6. 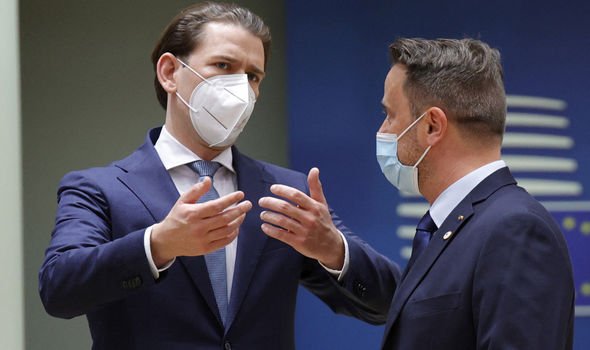 At the time, Mr Bettel was reported to have mild symptoms, including a high temperature and headache.

The European Council has said no other leaders were considered to be at risk because of the social distancing rules being enforced and masks were worn at the meeting.

Council President Charles Michel said there was “no close contact” at the event.

MUST READ: Hard-working NHS staff forced by SNP south of border for treatment 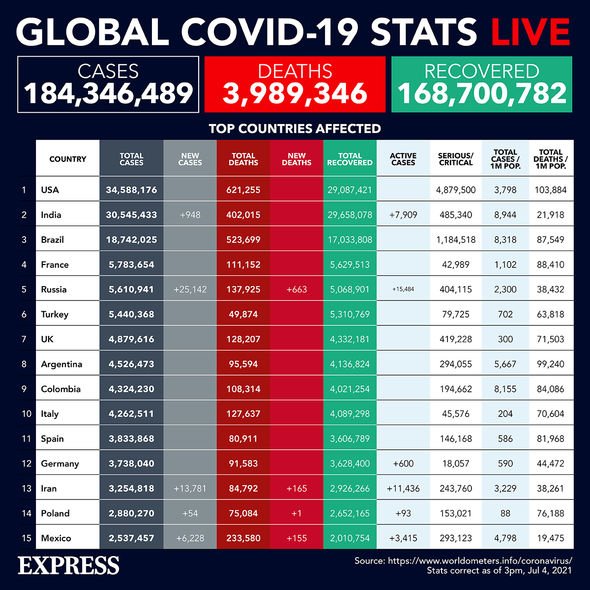 Photographs taken of Mr Bettel at the gathering show him meeting fellow European leaders while wearing a mask.

One snap caught Mr Michel holding the shoulders of Mr Bettel at EU leaders convened in their meeting room.

Mr Bettel has been head of Luxembourg – a tiny but wealthy state – since 2013.

It has done well with its jabs rollout, fully vaccinating a third of its 600,000 citizens.

Other world leaders who have had the disease include Prime Minister Boris Johnson, France’s Emmanuel Macron and Brazilian Jair Bolsonaro.

Luxembourg has seen more than 70,000 COVID cases and 818 deaths since the start of the pandemic.