This is quite the postal delay.

More than a century after it was sent, a message meant to be delivered by carrier pigeon has been found by a couple in Alsace, France. The pair was out walking in September when they came upon the teensy capsule, which contained the scrolled message.

It turns out the message — written in German — is from a Prussian infantry soldier based at Ingersheim, a former German town that is now French, and it details military manoeuvres. It’s addressed to a superior officer, confirmed Dominique Jardy, curator at Linge Museum at Orbey in eastern France. 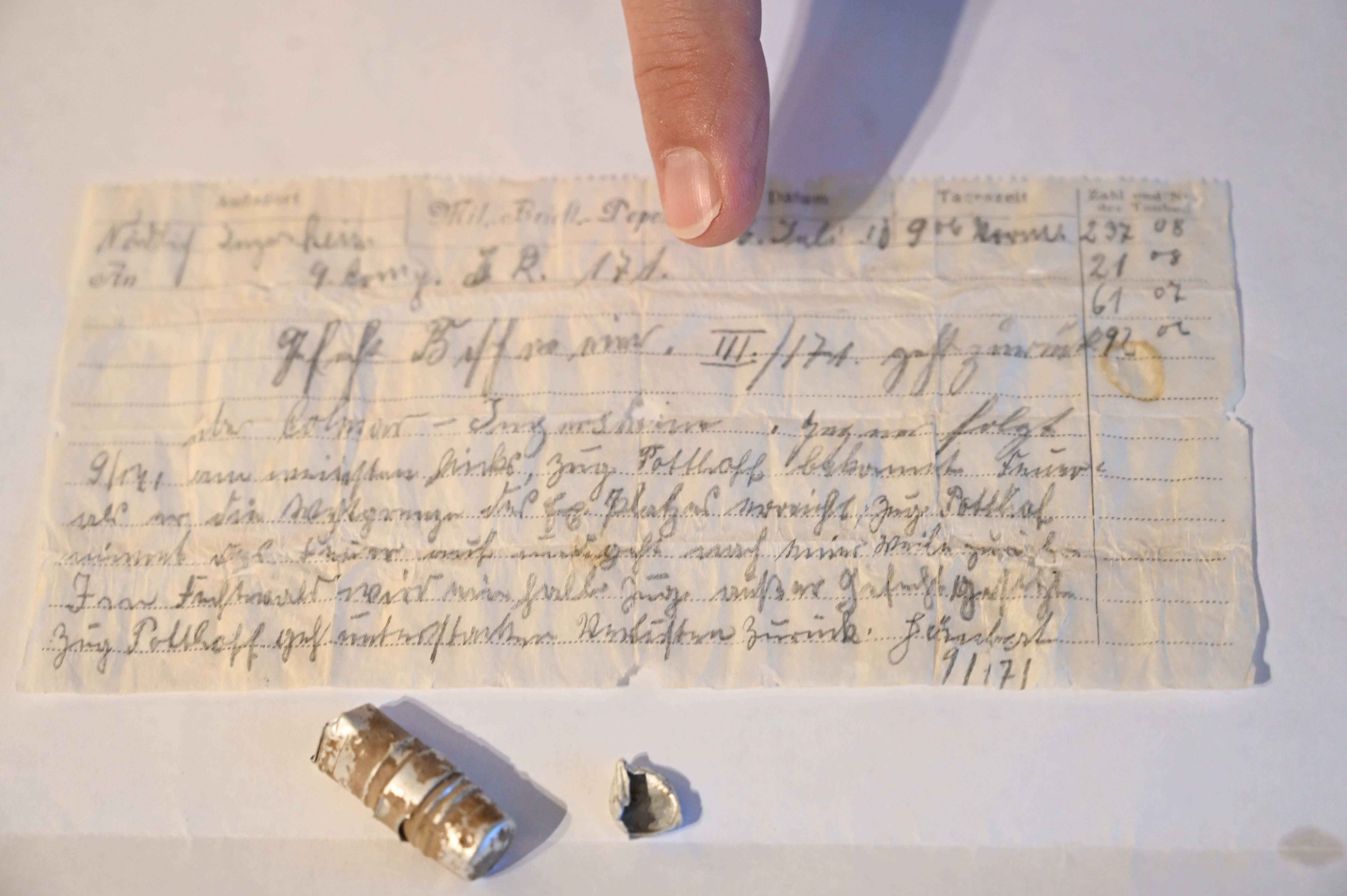 The message is marked July 16, but the handwriting is hard to decipher and the year is unclear; based on the time frame of the First World War, it could’ve been sent between 1914 and 1918, but Jardy believes it was most likely sent in 1910. (You can decide for yourself by looking at the photo, above).

Upon finding the capsule, the French couple took it to the museum at Orbey to see if they could discover its origins. 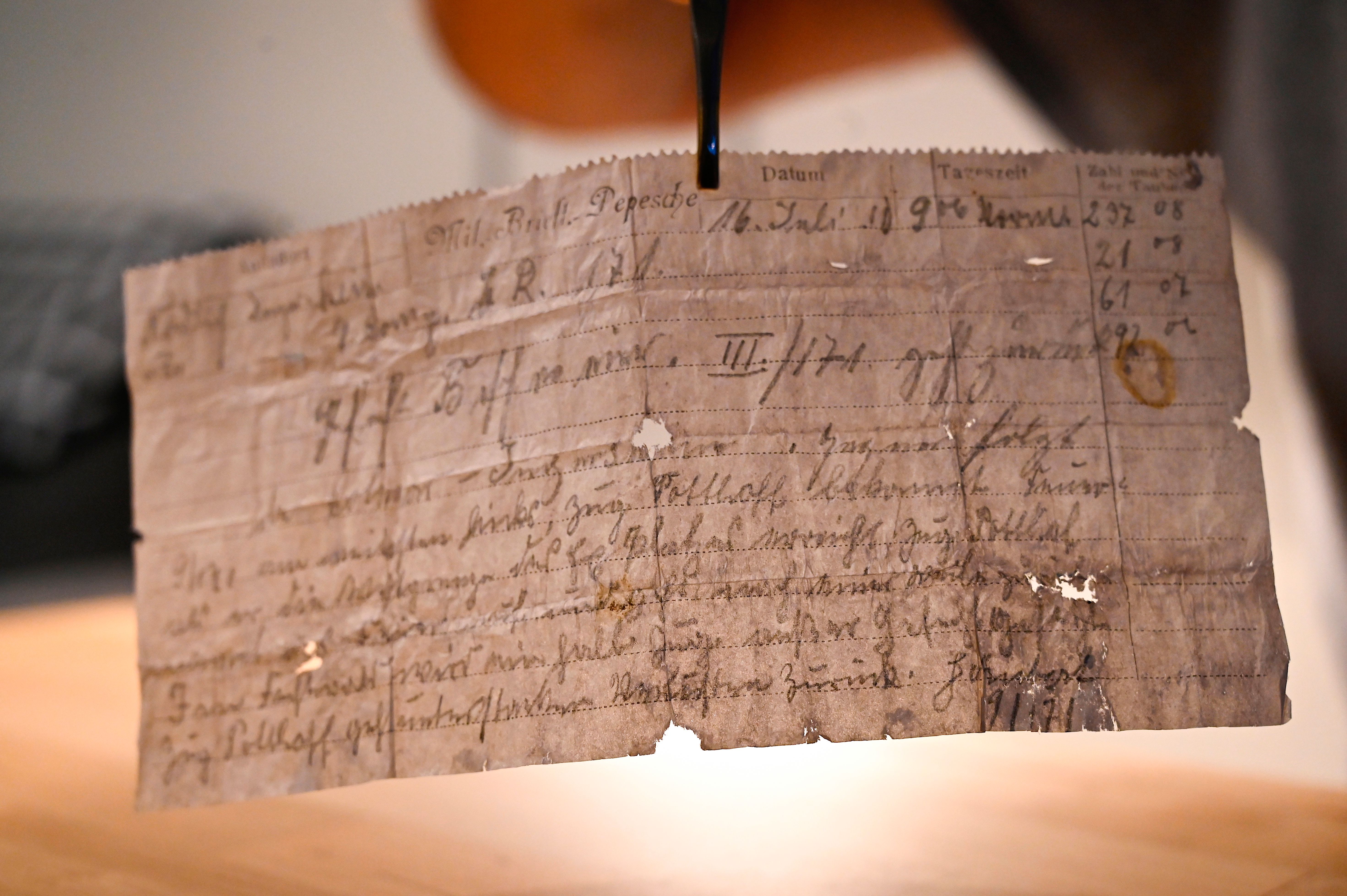 Jardy said the find was “super rare,” and four copies of the message using four pigeons were probably sent at the time, he told the AFP. He also postulated that the pigeon who carried this particular message must’ve “lost its way” shortly after takeoff.

He said the capsule was likely to have come to the surface of the soil over time, as have many military remains from the First World War, reported the BBC. In his 40 years at the museum, he said he’d never seen anything like it.

The message, along with its container, will now be on permanent display at the museum.

Carrier pigeons, also called “homing pigeons,” were an integral means of communication during the first and second world wars. They were used extensively, some birds even earning medals and war distinctions.