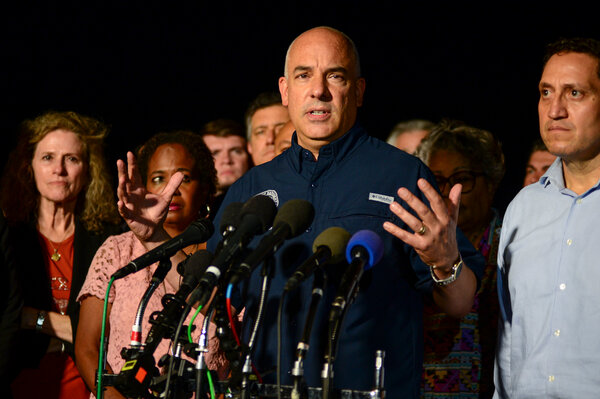 Three of the nearly 60 Texas Democrats who fled Texas this week in an effort to prevent the passage of a restrictive new voting law have tested positive for coronavirus in Washington.

One lawmaker tested positive on a rapid test on Friday night and immediately shared the results, the Texas House Democratic Caucus said in an emailed statement. The rest of the caucus and their staff members then took rapid tests that came back negative. However, on Saturday morning, the statement said, two of the lawmakers tested again, and proved positive. All three were fully vaccinated, according to the statement, which did not name them.

“This is a sober reminder that Covid is still with us, and though vaccinations offer tremendous protection, we still must take necessary precautions,” the caucus’s chairman, Chris Turner, said the statement.

One of the lawmakers has mild symptoms, according to the Austin American-Statesmen, which first reported the infections. Most of the lawmakers are staying at the same hotel in Washington, and since they arrived on Monday, had used masks sparingly, the newspaper reported.

The caucus’s statement said that after the testing on Friday turned up no new cases, the members did not take other precautions. The statement cited guidance from the Centers for Disease Control and Prevention that most fully vaccinated people who have been exposed to someone who has tested positive do not need to take additional precautions, like quarantining or testing, if they are asymptomatic. (An exception applies to those who live or work at jails or homeless shelters.)

The C.D.C. also says that fully vaccinated individuals can refrain from quarantining after an exposure if they are not showing symptoms.

The Covid vaccines in use in the United States have proven to be effective at reducing the risk of severe symptoms or hospitalization, but infections among fully vaccinated individuals, known as breakthrough infections, are not unheard of. It is not yet clear whether the highly transmissible Delta variant circulating across the country increases the likelihood of breakthrough infections.