Home » World News » A Plan Made to Shield Big Tobacco From Facts Is Now E.P.A. Policy

WASHINGTON — Nearly a quarter century ago, a team of tobacco industry consultants outlined a plan to create “explicit procedural hurdles” for the Environmental Protection Agency to clear before it could use science to address the health impacts of smoking.

President Trump’s E.P.A. embedded parts of that strategy into federal environmental policy on Monday when it completed a new regulation that favors certain kinds of scientific research over others in the drafting of public health rules.

A copy of the final measure, known as the Strengthening Transparency in Pivotal Science Underlying Significant Regulatory Actions and Influential Scientific Information Rule, says that “pivotal” scientific studies that make public their underlying data and models must be given more weight than studies that keep such data confidential. The agency concluded that the E.P.A. or anyone else should be able to independently validate research that impacts regulations.

Andrew Wheeler, the administrator of the E.P.A., is expected to formally announce the rule on Tuesday during an online forum with the Competitive Enterprise Institute, a free-market think tank that opposes most environmental regulation.

The new rule, public health experts and medical organizations said, essentially blocks the use of population studies in which subjects offer medical histories, lifestyle information and other personal data only on the condition of privacy. Such studies have served as the scientific underpinnings of some of the most important clean air and water regulations of the past half century.

Critics say the agency’s leaders disregarded the E.P.A.’s scientific review system to create an additional layer of scrutiny designed to impede or block access to the best available science, weakening the government’s ability to create new protections against pollution, pesticides, and possibly even the coronavirus.

“Right now we’re in the grips of a serious public health crisis due to a deadly respiratory virus, and there’s evidence showing that air pollution exposure increases the risk of worse outcomes,” said Dr. Mary Rice, a pulmonary and critical care physician who is chairwoman of the environmental health policy committee at the American Thoracic Society.

“We would want E.P.A. going forward to make decisions about air quality using all available evidence, not just putting arbitrary limits on what it will consider,” she said. 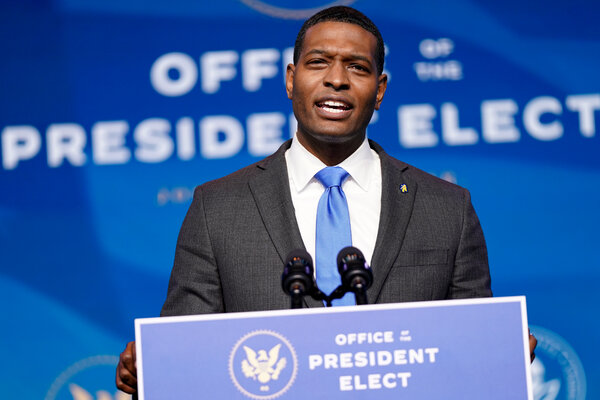 A spokesman for President-elect Joseph R. Biden declined last week to comment on the expected rule, but activists said they expected him to quickly work to suspend and then repeal it.

Until then, it is unclear just how much the new rule will bind the hands of Mr. Biden’s intended E.P.A. administrator, Michael S. Regan. The measure includes a provision that allows the administrator to exempt studies, on a case-by-case basis, from the rule. The final measure acknowledges that there could be some cases in which complying with the rule could be “impracticable,” like in the use of older studies in which data is not easily available.

The rule going into effect also only sets public-data requirements for “dose-response” studies — that is, studies that measure how much an increase of exposure to a chemical or pollutant increases the risk of harm to human health. Previous versions of the regulation applied to a wider array of studies.

At the same time, the final rule now demands the E.P.A. apply the new standards not just to rules but “influential scientific information” — a standard that could even influence what the agency puts on its website.

Had the transparency rule been in effect already, several people said, the E.P.A. could not have made the case to regulate mercury releases from power plants because it could not have shown that the heavy metal impairs brain development. Nor could the agency have successfully linked cloudy drinking water to higher rates of gastrointestinal illnesses, and then imposed more rigorous clean water standards.

Already, the Trump administration has used the policy to reject an agency finding that chlorpyrifos, a pesticide, causes serious health problems.

Trump administration officials have not offered examples of policies that they say were wrongly enacted based on studies that did not make underlying data available. But academic and industry opponents of regulation have argued the change will make the E.P.A. more rigorous in its decision-making.

Environmental groups assailed the rule as the culmination of a decades-long strategy to undermine science that took off in the tobacco wars of the 1990s and continued as a way to raise doubts about the research upholding pollution rules.

“We’re going to put at risk the health of a whole lot of people and maybe even lead to their deaths,” Senator Tom Carper of Delaware, the ranking Democrat on the Senate Environment and Public Works Committee said about the rule last year, adding, “We’re better than this.”

Mr. Carper’s staff has pointed to a handful of specific studies that could be downgraded in importance or rendered ineligible for consideration. One was a March 2020 survey of research that describes how various coronaviruses react on surfaces with chemical agents. The E.P.A. is responsible for recommending disinfectants for use against SARS-CoV-2, the novel coronavirus that causes Covid-19. That survey does not include raw data from the various studies.

Another 2003 paper notes a statistical correlation between SARS fatalities in China and higher air pollution. Mr. Carper’s staff said that information could be relevant to regulators considering new pollution standards, but it could be excluded from consideration without the original Chinese health data.

The most well-known study linking long-term exposure to air pollution with higher coronavirus death rates is preliminary and relies on broad county-level information. It already meets the criteria for public data under the new rule.

But to really understand whether higher vulnerability to Covid-19 can be explained by disparities in exposure to pollution would require more detailed studies to account for individual subjects’ precise location, poverty levels, smoking habits and other granular, and private, data, Dr. Rice said.

“The concern is, going forward, the E.P.A. could not consider some of the most compelling evidence on how air pollution affects the risks of adverse outcomes with the infection,” she said.

Another point of contention is whether the new rule would be retroactive to public health regulations already in place. The E.P.A. says the regulation only deals with future rules. Public health experts, however, warned that studies that have been used for decades to show, for example, that lead in paint dust is tied to behavioral disorders in children might be inadmissible when existing regulations come up for renewal.

Most significantly, they warned, a groundbreaking 1993 Harvard University project that definitively linked polluted air to premature deaths, currently the foundation of the nation’s air-quality laws, could become inadmissible as the agency considers whether to strengthen protections. In that study, scientists signed confidentiality agreements to track the private medical and occupational histories of more than 22,000 people in six cities. Its findings have long been attacked by the fossil fuel industry and some Republican lawmakers.

Some of the first efforts to restrict the types of studies used in regulations surfaced in 1996 when Chris Horner, a prominent climate denialist who was at the time a lawyer for the firm Bracewell & Patterson, suggested in a memo to R.J. Reynolds Tobacco that secondhand smoke regulations could be beaten back by undermining science.

One “mechanism to control EPA and other regulatory bodies,” he suggested, was to insist on full transparency from scientific studies and ensure they can be reproduced.

In 1998 the lobbying firm Powell Tate developed a public relations strategy for the tobacco industry around that tactic called the “Secret Science” action plan.

“Focus public attention on the importance of requiring the disclosure of taxpayer-funded analytical data upon which federal and state rules and regulations are based,” another memo suggested, “as well as the analytic data underlying health and safety studies funded by the government.”

The documents were collected by the University of California San Francisco as part of its tobacco litigation archives.

Former Representative Lamar Smith, a Texas Republican, took up the transparency plan and championed legislation, variously called the “Secret Science Reform Act” and the “Honest and Open New E.P.A. Science Treatment Act.” It twice passed Republican-held Houses only to die in the Senate.

When President Trump took office, emails show, his first E.P.A. administrator, Scott Pruitt, worked closely with Mr. Smith’s office to embed the failed legislation into regulation. Mr. Smith, now a lobbyist at the law firm Akin Gump, has since declined to comment on the regulation.

In an email, Mr. Horner denied creating that strategy, saying it has its basis on principles long enshrined in federal procedures.

Under questioning from Senator Sheldon Whitehouse, Democrat of Rhode Island, at a May hearing, Mr. Wheeler said, “I was not aware of the link to the tobacco lobbying in the 90s.”