B2C Editorial Team of the Year and Best Use of Photography awards complemented by two ‘highly commended’ second places. 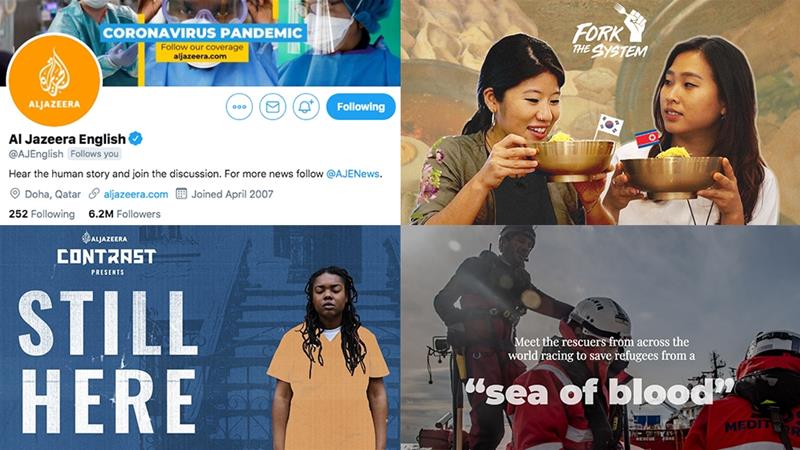 Al Jazeera’s Digital Division has won the B2C Editorial Team of the Year and Best Use of Photography awards at the 2020 Drum Online Media Awards.

Still Here was created in partnership with the Women’s Prison Association in New York City.

The installation takes a multifaceted, experiential approach to exploring issues of gentrification and the challenges facing African American women who, after years in prison, return to neighbourhoods that they can scarcely recognise.

The Best Use of Photography award was won by the interactive photo essay Meet the Rescuers Saving Migrants from a ‘Sea of Blood’ where Al Jazeera English’s Digital Editor Faras Ghani documented the faces and stories of rescuers and medics risking their lives to save migrants and refugees from drowning.

The photos and stories were compiled on board the Ocean Viking, a charity rescue vessel operating in the Mediterranean Sea.

In season one, producers and co-hosts of Fork the System, Joi Lee and HyoJin Park, travel to kitchens in Korea, Vietnam and the Philippines to discover the flavours that bind us while engaging in conversations around what food can tell us about life, history and current affairs.

The Twitter team got the recognition for its focus on human interest stories at the centre of global news events – the Rohingya crisis, plight of Palestinians, and those living amid the disease and malnutrition in the war in Yemen.

“It’s encouraging to see that every award the team earned was for stepping out of the box and producing something that was original, innovative and thoughtful,” said Carlos van Meek, director of Digital Innovation and Programming. “It’s nice to see our journalists getting the recognition they deserve.”