Russian opposition leader Alexei Navalny has released video of security forces raiding the offices of his Anti-Corruption Foundation in Moscow.

In a tweet, Mr Navalny wrote: “On an assignment from Vladimir Putin’s bunker, masked men are trying to retrieve our office disco ball”.

The footage – verified by news agency Storyful – was streamed by Lyubov Sobol, who is described as a producer for the Navalny Live channel, and shows people in fatigues and helmets at the studios.

State bailiffs said a criminal investigation had been opened against the group’s director, Ivan Zhdanov.

The RIA news agency cited bailiffs as saying the raid was linked to a criminal case against him, for failing to implement a court order, an apparent reference to a lawsuit payout.

The Kremlin’s critics have cast those lawsuits, as well as a series of mass police raids, as part of a coordinated campaign aimed at crippling their activities.

In October, the UK and the EU imposed sanctions on several individuals and one organisation following the alleged novichok poisoning of Mr Navalny, who became ill during a domestic flight in Russia on 20 August.

He was taken to Germany for treatment and is continuing to recover in the country. 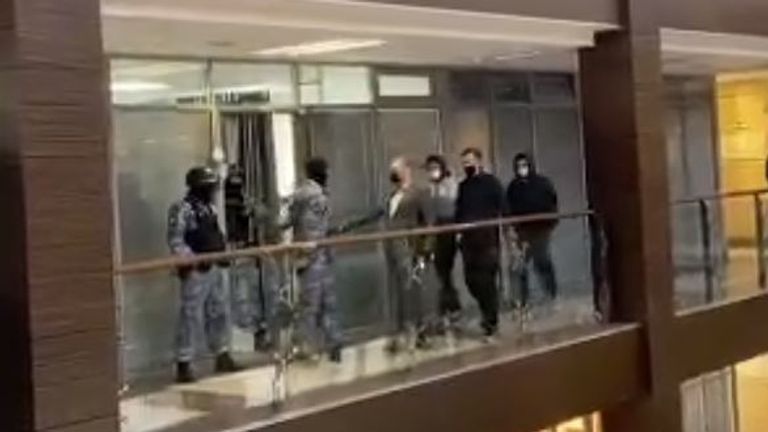 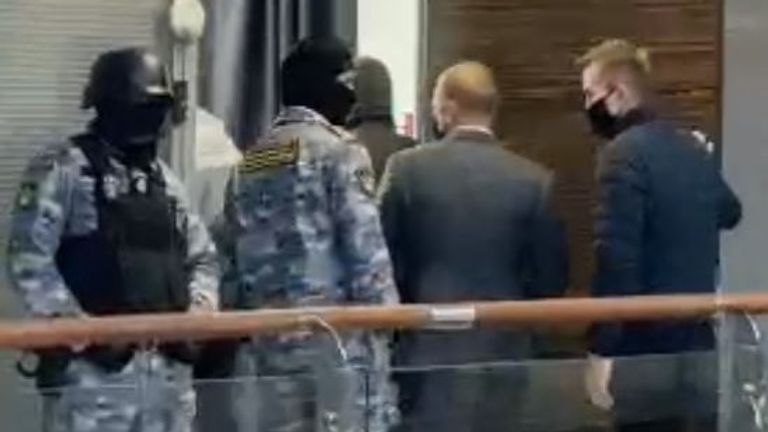 Laboratories there, and in France and Sweden, have confirmed he was poisoned with the nerve agent.

It is not the first time Moscow has been accused of using poisoning political opponents.

Previous high-profile cases include the 2006 assassination of Alexander Litvinenko and the March 2018 novichok attack on Sergei and Yulia Skripal in Salisbury.

Russia has said it sees no evidence of poisoning in the Navalny case.