Amnesty International has accused Malaysia of “human torture” over plans to whip 27 Rohingya refugees who fled there.

The human rights group said the refugees were “trying to seek safety” – but now they have been imprisoned. 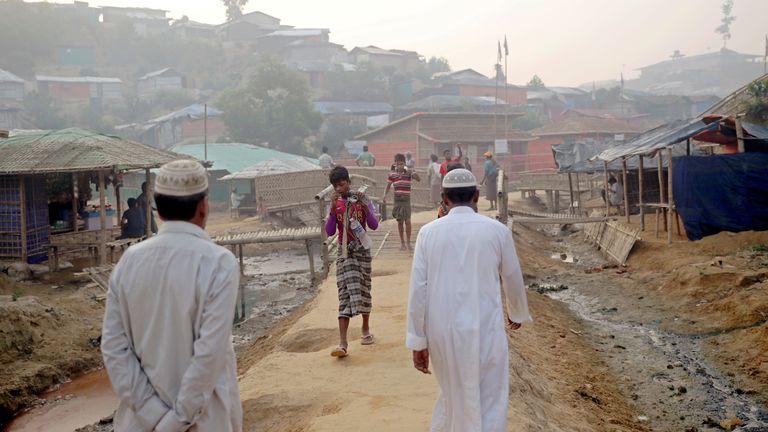 According to Amnesty, the Rohingya men were among hundreds of people who fled to Malaysia from Myanmar in April.

They were later arrested and, along with nine women, were convicted of entering and staying in Malaysia without a valid work permit. They were handed a seven-month sentence last month.

There was also an order for the men to be caned in the coming days, while 14 children have also been charged and are facing jail terms, Amnesty added.

Rachel Chhoa-Howard, Malaysia researcher at Amnesty International, said: “The plan to viciously beat Rohingya refugees is not only cruel and inhuman – it’s unlawful under international standards. To inflict such a violent punishment as judicial caning amounts to torture.

“The men who face violent lashings on top of jail terms have already fled persecution and crimes against humanity in Myanmar. They also survived a dangerous journey at sea to Malaysia in search of safety. The inhumanity of this approach is atrocious.”

Under Malaysia’s Immigration Act 1959-63, anyone who illegally enters the country is either liable to a fine up to 10,000 ringgit (£1,857) or faces a jail term up to five years. They can also be whipped up to six times alongside either of the sentences.

Lawyers representing the Rohingya confirmed 27 men had been sentenced to three strikes of the rotan (a long rattan cane) as well as seven months in prison.

A revision application has been filed to the High Court to set aside the whipping sentence, which will be heard on 22 July. 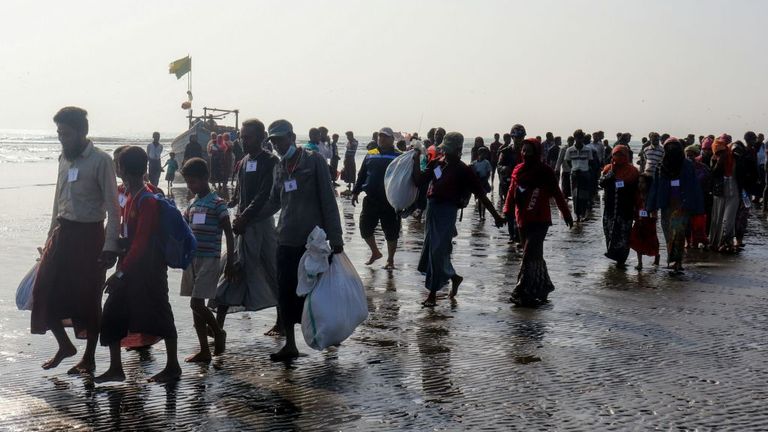 More than 700,000 Rohingya fled Myanmar to camps in Bangladesh following a violent crackdown by the military in 2017.

The United Nations later described it as a “textbook example of ethnic cleansing” and the UN’s top court ordered the Buddhist-majority country to take measures to protect members of its Rohingya community from genocide.

The army in Myanmar said it was fighting Rohingya militants, not civilians, while the country’s leader Aung San Suu Kyi denied allegations of genocide. 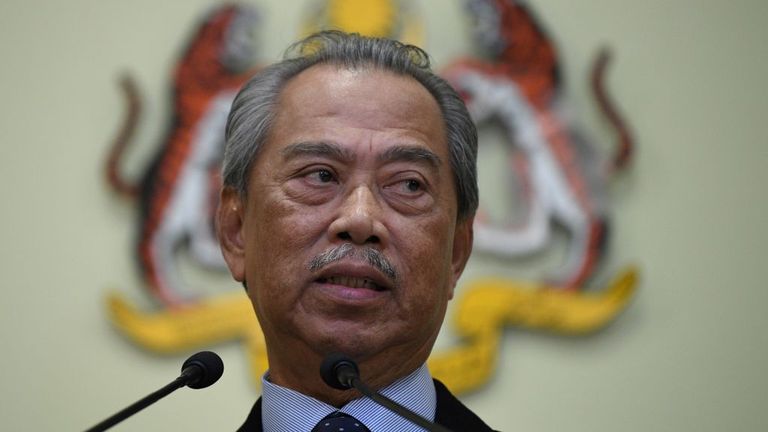 Speaking at a teleconference, with other leaders of the 10-member Association of Southeast Asian Nations (ASEAN), which includes Myanmar, Prime Minister Muhyiddin Yassin said: “We can no longer take more as our resources and capacity are already stretched, compounded by the COVID-19 pandemic.

“Yet, Malaysia is unfairly expected to do more to accommodate incoming refugees.”

Sky News has contacted the Immigration Department and the Ministry of Home Affairs for Malaysia for comment.