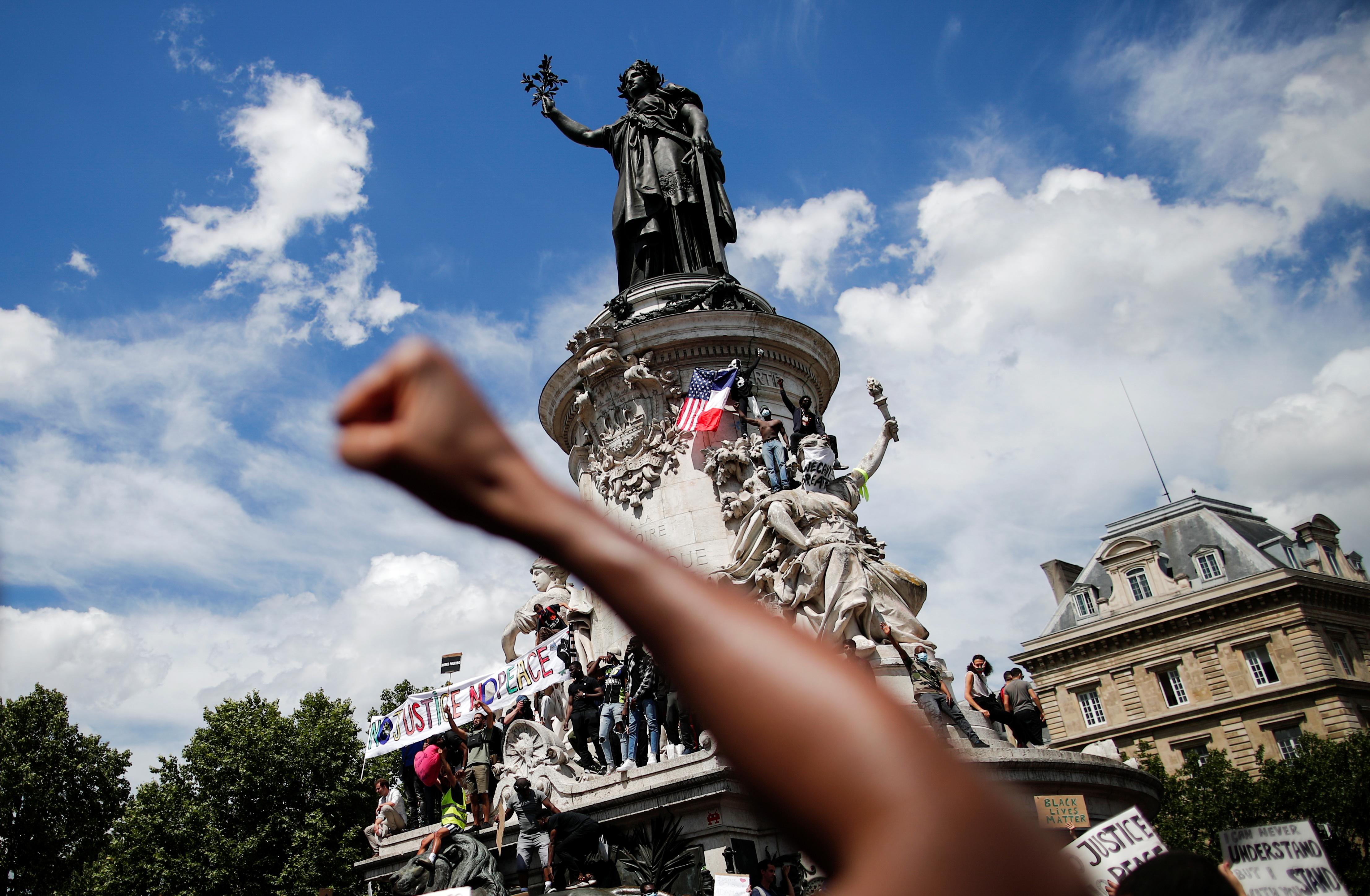 The protesters gathered in Place de la Republique, where the crowd chanted “No justice, no peace” and some climbed the statue of Marianne, who personifies the French Republic. Police refused organisers permission to proceed to the Opera House.

The protest was generally peaceful but after three hours skirmishes broke out. Organisers urged protesters with children to leave as riot police charged pockets of protesters and projectiles were thrown at police lines.

The outrage generated by Floyd’s death in Minneapolis last month has resonated in France, in particular in deprived city suburbs where rights groups say that accusations of brutal treatment by French police of residents of often immigrant background remain largely unaddressed.

Assa Traore, sister of 24-year-old Adama Traore, who died near Paris in 2016 after police detained him, addressed Saturday’s protest.

“The death of George Floyd has a strong echo in the death in France of my little brother,” she said. “What’s happening in the United States is happening in France. Our brothers are dying.”

Traore’s family say he was asphyxiated when three officers held him down with the weight of their bodies. Authorities say the cause of his death is unclear.

One banner carried by the crowd in the Place de la Republique read: “I hope I don’t get killed for being black today”. Another carried a message for the government: “If you sow injustice, you reap a revolt.”

His remarks drew condemnation from police unions, which said officers were being scapegoated for deep-rooted social ills. Police have held their own protests in cities across France this week.

Ahead of the protest, in the ethnically diverse Paris suburb of Belleville, one man of Algerian descent said he had been the victim of police violence but he doubted institutional racism ran through the force.

“I’ve been insulted, hit even. But the police aren’t all the same,” he told Reuters TV, identifying himself as Karim. “Unfortunately, this minority is hurting the police.”

Far-right activists unfurled a banner with the words “anti-white racism” from the rooftop of a building overlooking the protest. Residents emerged onto their balconies and ripped it up using with knives and scissors, to cheers from below.

Protests took place in other countries on Saturday, including in several Australian cities, Taipei, Zurich and London.