The lost city of Tanis was made famous by Indiana Jones film Raiders of the Lost Ark when the city was buried by a catastrophic ancient sandstorm and rediscovered by German soldiers while searching for the Ark of the Covenant. But, in reality, the real lost city of Tanis was hiding in the Nile Delta all along and was the capital of the 21st and 22nd dynasties, during the reign of the Tanite kings in Egypt’s Third Intermediate Period. The ancient Egyptians called it Djanet, and the Old Testament refers to the site as Zoan, but today it is called San el-Hagar and this huge settlement was uncovered thanks to the work of archaeologist Sarah Parcak in 2011.

Speaking on the Late Show with Stephen Colbert, Dr Parcak revealed the technology she used to make the breakthrough.

She said in 2016: “I use high-resolution and NASA satellites to look for subtle differences on the surface of the Earth that locate buried ancient pyramids, towns and ancient tombs that we can then go an excavate.

“So it allows us to pinpoint exactly where to go from thousands of miles away.

“We are able to look and use different parts of the light spectrum like a space CAT scan and the scale of what we are finding is incredible. 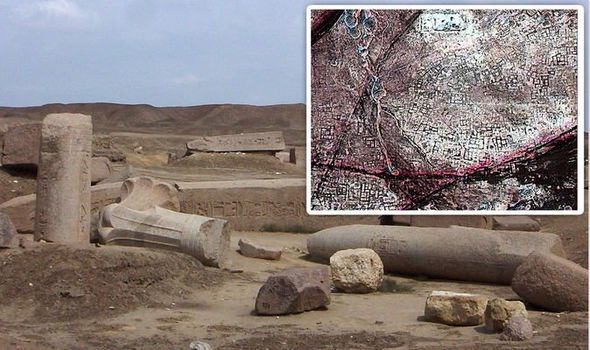 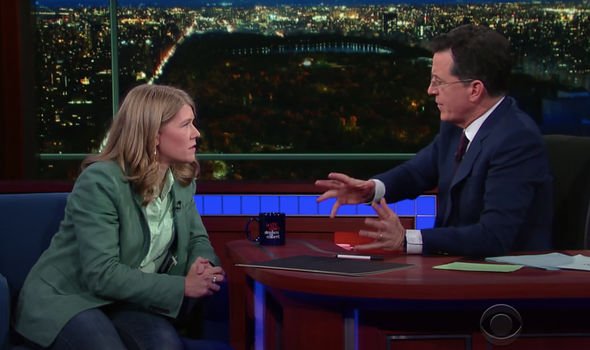 “We have found thousands of ancient sites in Egypt and all over the world.”

At the time of her appearance, Dr Parcak revealed her team had uncovered 17 pyramids 1,300 forgotten settlements and 1,000 lost tombs across the globe.

Referring to one in particular, she added: “What you are seeing right here is an ancient amphitheatre, where ancient performances would be held.

“Processing the satellite data and looking for subtle differences in vegetation health – which you cannot see visibly – we are able to map the 120ft monument.

“We’re looking in the infrared part of the light spectrum and we’re looking for subtle differences in chlorophyll that indicate vegetation. 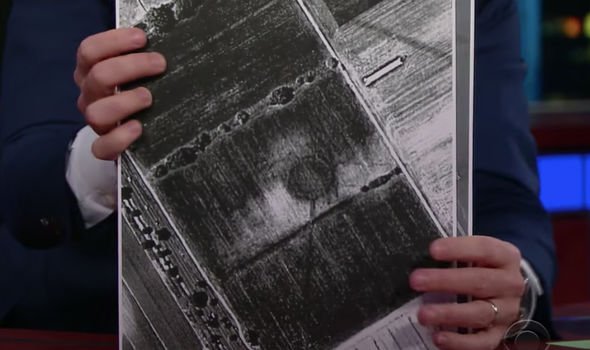 “The plants that are growing on top of the stone are less healthy, and we are able to pick up those differences and the outline is very clear.”

Dr Parcak then showed viewers what she had found in Egypt.

She added: “What we are seeing right here is the ancient site of Tanis, two hours northeast of Cairo.

“What you are looking at is the outline of a 3,000-year-old city that no one has seen before and you can clearly see the outlines of buildings and city streets.

“No one has excavated it yet, that’s the most fun part of what I do. 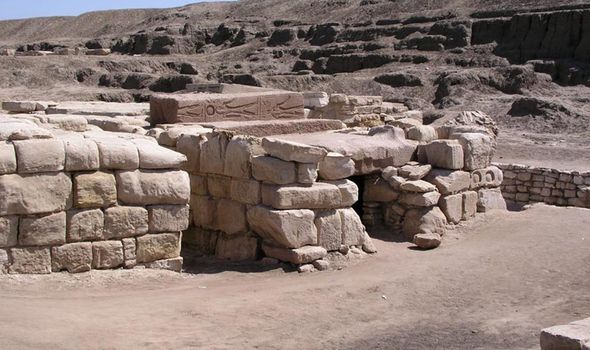 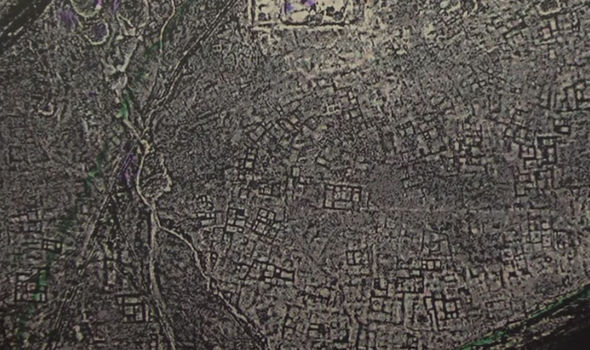 “I love getting my hands dirty, going to the field, that’s the most fun because from space you think you’re seeing something, but when you get to dig on the ground you have no idea what types of objects you’re going to find.”

Though briefly excavated before, using the satellite facilitated infra-red imaging techniques Dr Parcak discovered an ancient network of streets and houses at Tanis, which are completely invisible from the ground.

These images show a once densely occupied city of Tanis to be littered with underground tombs.

She continued: “What’s incredible about archaeology is literally every day archaeologists are making headlines by making the most incredible discoveries.

“Last year alone we found evidence of human ancestors from millions of years ago in Kenya.

“Everywhere we look we don’t know what we’re going to find.

“There are literally millions of undiscovered archaeological sites around-the-world.”