Coronavirus cases have more than doubled in Argentina in June, but the numbers are well below those in Brazil and Peru. 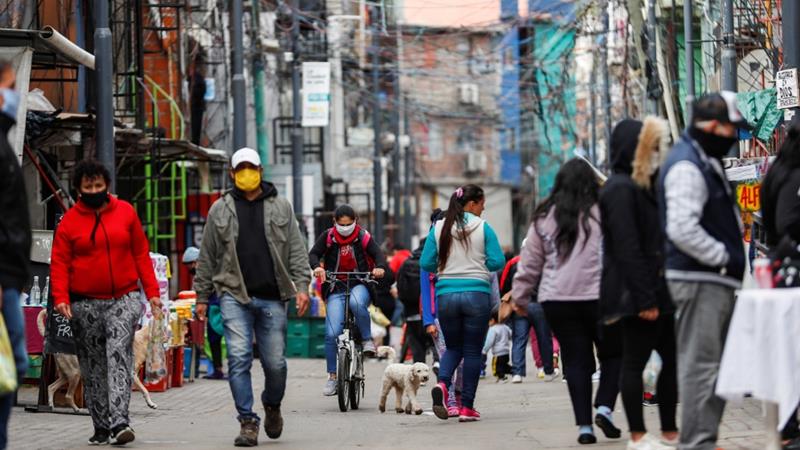 In Villa 31, a densely populated and poor neighbourhood in the heart of Buenos Aires, Lilian Andrade is getting used to tragedy after the area and others like it around the Argentine capital were hit by a spike of coronavirus infections.

The spread of the virus in the so-called “villas” underscores how millions of often informal workers in Latin American cities from Lima to Sao Paulo are struggling to stick to isolation measures and stay financially afloat.

“It is very hard to comply with the mandatory quarantine,” said Andrade, a 27-year-old community leader in Villa 31. “You have to go out because if you don’t then you might end up not eating for three days.”

“We hear about neighbours who die every day.”

The early success Argentina had in slowing the pandemic is in the balance, with new cases soaring in recent weeks and a new daily record set on Thursday.

The total has more than doubled to nearly 38,000 since the start of June, though it still stands well below the number of cases in neighbouring countries including Brazil and Peru. 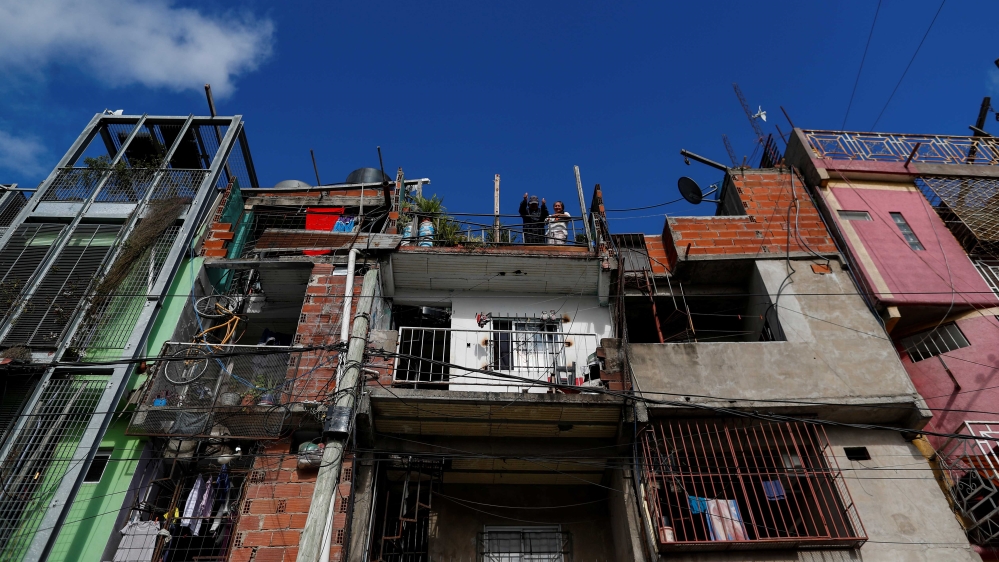 The official death toll is nearing 1,000, while President Alberto Fernandez was put into partial isolation at his official Olivos residence this week due to the risk from rising cases.

The government, unnerved by the recent surge, has moved to contain the spread. Some villas have faced periods of mandatory isolation, while authorities have done mass testing programmes, first in Villa 31 and then in other vulnerable areas.

“Thanks to these tests we are now learning about the number of infected we have,” said Daniel David Lopez, a resident of the Fuerte Apache villa and president of the Santa Clara football club.

With poverty and hunger a constant, local groups in Villa 31 and Fuerte Apache have organised communal kitchens to help feed those unable to go to work. 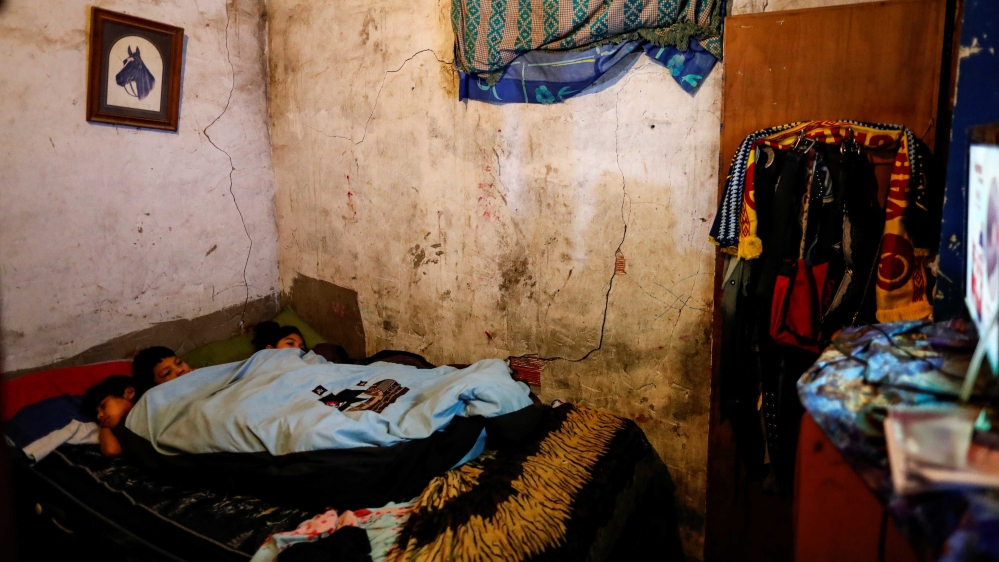 “If we stop making these pots of communal food then these people are going to be totally helpless,” Lopez said.

Gabriela Ramos, 29, in charge of one of the largest kitchens in Villa 31, said the number of people they were serving had risen almost threefold to about 450 due to the lockdown.

The government, which has pledged spending to alleviate poverty, imposed a strict quarantine in mid-March, which has been extended around the capital until at least the end of June. Fernandez has said he will prioritise lives over the economy.

Local doctors said the health system was straining under the rapid rise in cases.

“Since May 18, everything exploded, patients from Villa 31 kept coming and they had to refer them to other hospitals because ours was not enough,” said Luciana Franco, a nurse at the nearby Hospital Fernandez.

She said the hospital was running out of intensive care beds and that some COVID-19 patients ended up in stalls near non-coronavirus patients, creating a risk of transmission. She described the situation as “on the verge of collapse”.

The hospital did not reply to requests for comment.

At another hospital close to Villa 1-11-14, near the city centre, doctors painted a similar picture. 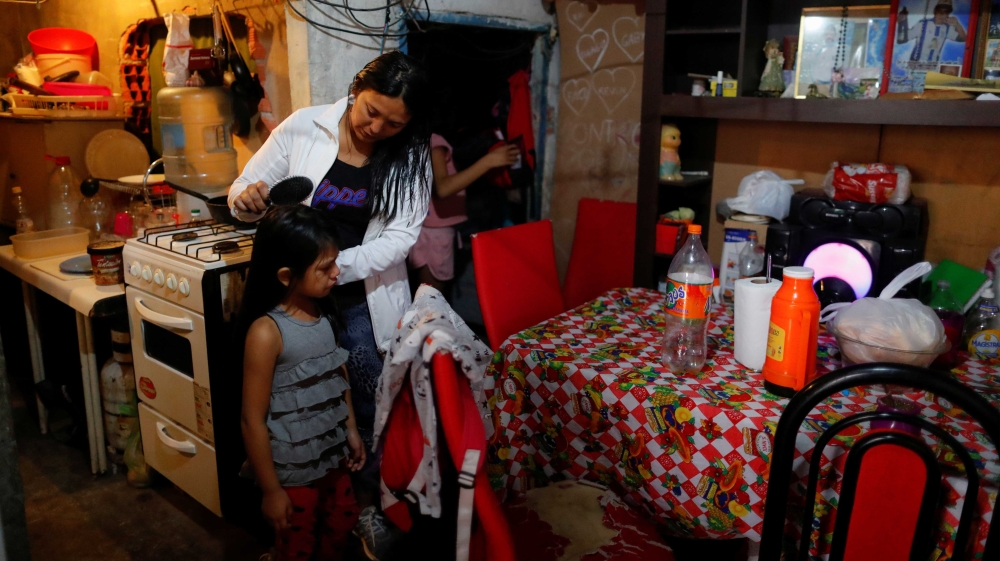 “I am concerned about the lack of beds, more than half of the hospital is occupied by people with coronavirus and there aren’t enough staff or supplies to deal with this situation,” said Osvaldo Saleh, 63, a cardiologist at the Alvarez hospital.

“Buses have arrived at the hospital from Villa 1-11-14 full of people infected with COVID-19,” he added.

Tisiana Lamonica, director of social action in the poor neighbourhood of San Isidro in Buenos Aires province, said some people did not get tested out of “fear”. Door-to-door checks were being made to find suspected cases, she said.

Buenos Aires and the surrounding province of the same name are the most populous part of the South American country by far. There are stark gaps between rich and poor neighbourhoods, but about 88 percent of all confirmed COVID-19 cases are in the region.

Ana Maria Barrientos, a 26-year-old with three daughters from Villa 31, tested positive for the virus and blamed crowding at hospitals for increasing the risk of infection.

“Here in the villa, everyone is catching [the virus], and many people are dying,” she said.