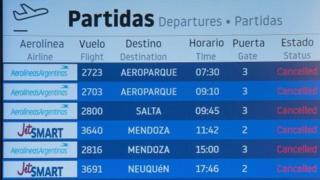 Argentina has banned all internal and international commercial flights until 1 September because of the deadly coronavirus outbreak.

The authorities said airlines should not be allowed to sell tickets for flights that may not go ahead in the next four months.

The country currently has nearly 4,000 confirmed infections, with 192 deaths, according to figures from Johns Hopkins University.

What did the Argentine government say?

The country’s National Civil Aviation Administration issued a decree on Monday, banning ticket sales for commercial flights to, from or within Argentina.

It described 1 September as a “reasonable” date.

The agency added that the decree was aimed at preventing airlines from ticketing flights not approved by the Argentine authorities.

What has the reaction been?

The international aviation agency, Iata, sent a letter to the Argentine government, saying the decision breached bilateral agreements and put at risk more than 300,000 jobs in the country.

Meanwhile, Alta, a group which lobbies interests of Latin American and Caribbean airlines, said the decree was not “agreed with the industry”.

Many countries in South America have halted commercial flights, but none has extended the ban for as long as Argentina. 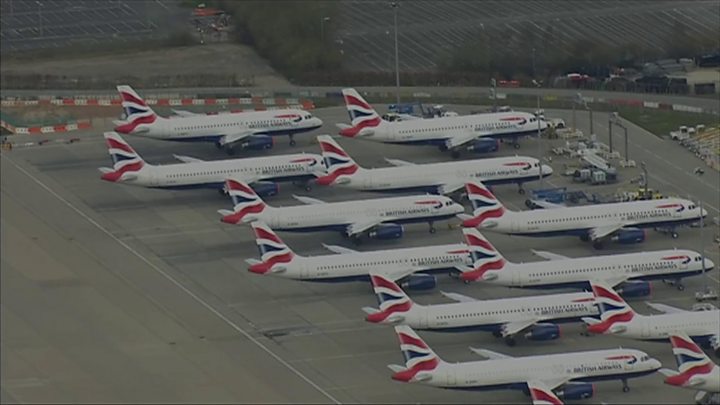