Home » World News » ‘Assad must be held accountable’: Inside the ‘optimistic’ bid to bring Syria’s president to trial

The Syrian government “must be held accountable” for crimes committed over the past decade, according to the Netherlands, which is leading the international action to bring President Bashar al Assad to justice.

In an exclusive interview, the Dutch foreign minister Stef Blok told Sky News he was now “more optimistic” about bringing a criminal case against the Syrian president, but admitted the process could take years.

He said walking away from legal action would give Syria “impunity” – and he promised to persevere for the sake of victims of torture and detention. The Dutch government holds a significant position within the realm of international justice.

Mr Blok, who has been the country’s foreign minister since 2018, has made little secret of his desire to hold the Syrian government responsible for “horrific crimes and gross violations of human rights”.

Six months ago, he opened legal proceedings against President Assad’s government, alleging breaches of the International Convention against Torture.

It remains probably the only chance for President Assad to face criminal action for alleged atrocities committed by the Syrian government over the past decade.

Russia and China have jointly vetoed any such challenge in the United Nations.

Now, the Dutch have been joined by Canada in pursuing allegations that the Syrian government allowed detainment and torture on an industrial scale.

And Mr Blok told Sky News that Syria has now said it is willing to open talks over resolving the complaint. Asked whether he is confident of holding the Syrian president responsible for causing so much pain, death and destruction over the past decade, Mr Blok said: “I am more optimistic because from the beginning the Netherlands was convinced we should take this step to hold the Syrian government accountable.

“Now we have been joined by Canada and Syria has confirmed it is willing to start talks.

“We feel we have a very fair case. Netherlands, Canada and Syria are all parties to the convention against torture, which means countries can hold each other accountable for violations.

“We expect other countries, who are party to this treaty, to react to our complaints and the Syrian government has done so.” 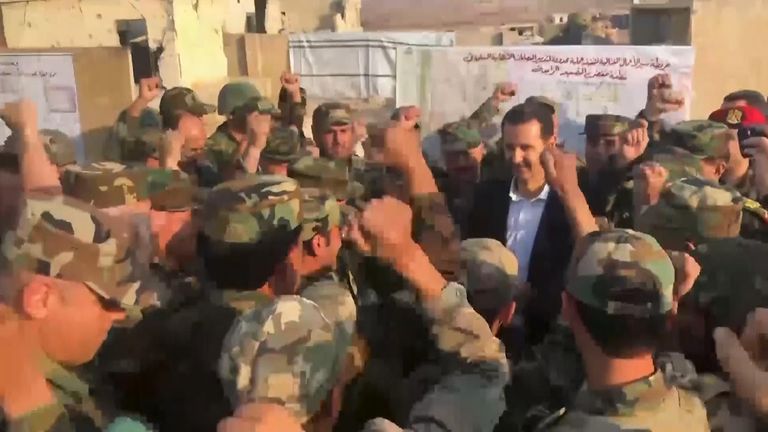 The next step will be negotiations, with the Dutch already pressing for political prisoners to be released, torture to be stopped, and compensation to be paid to victims.

It is an unlikely set of demands, although Mr Blok is keen to emphasise that he wants to pursue the diplomatic cycle before turning to the courts.

“We should tread carefully now,” he said. “We hold the Syrian government – and of course President Assad is the head of the government – accountable.

“That means we first have to start diplomatic negotiations with them and that is what we will do now. I cannot foretell the outcome but what I can say is that, if unfortunately, these talks do not end in the result I am hoping for – an end to the violations of the treaty and an end to the violence – an option is open to indeed go to court.” 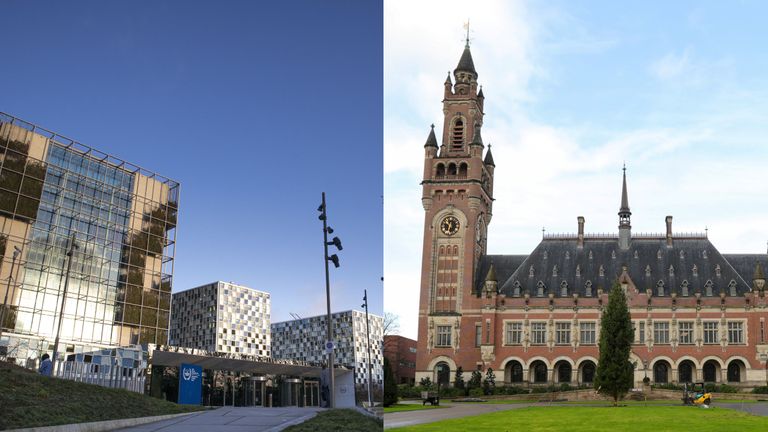 Sky News put it to him that many people will argue that Syria is simply stringing out the process, with no intention of acceding to demands to stop detaining and torturing political opponents.

“It won’t be easy and, of course, cynicism is an easy way out but it’s a dead end street because then we would leave Syria with impunity,” he said.

Mr Blok is not an obvious human rights activist. A conservative politician with a reputation for tough decision-making, he was shocked when he first looked through documents detailing the trauma of Syria’s decade of conflict.

He addressed the UN Security Council and said that it had lost credibility due to its inability to protect the “ordinary people” of Syria. 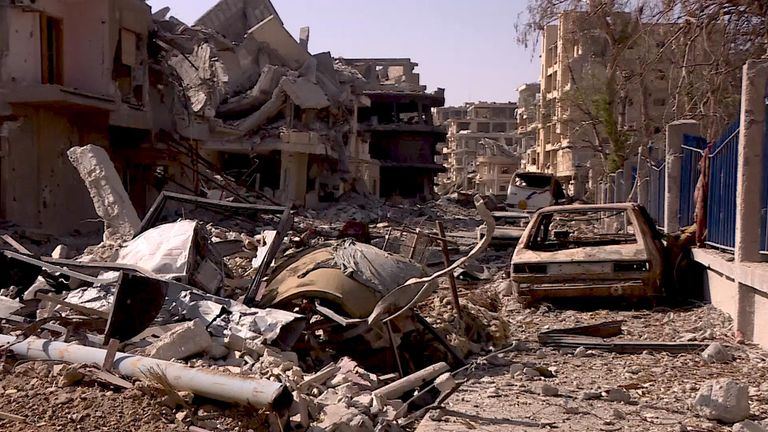 Pursuing President Assad, and his ministers, feels less like a political move for Mr Blok, and more like a personal mission.

“There is an enormous amount of evidence,” he said. “We have statements by survivors, we have those terrible pictures that a lot of people have seen, we have eye witnesses.

“There is ample evidence to be used in a court of law. But first I want to have serious conversations with the Syrian government.”

As for the timescale – when asked, Mr Blok’s face briefly breaks into a pained grimace, before a shrug. Forcing change, or convicting President Assad, will not come quickly.

“The wheels of justice often grind slowly but they grind fine. So it might take a couple of years,” he says. “But we will persevere.”