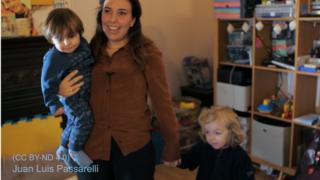 Julian Assange secretly fathered two children while living inside the Ecuadorean embassy in London, his partner has revealed.

Stella Morris says she has been in a relationship with the Wikileaks founder since 2015 and has been raising their two young sons on her own.

She spoke out amid fears over the spread of Covid-19 in Belmarsh Prison.

He has been held there since being dragged from the Ecuadorean embassy a year ago.

The 48-year-old Australian is now seeking bail amid concerns over his health.

Ms Morris, a South African-born lawyer, told The Mail on Sunday she was revealing their union for he first time because his “life is on the brink” and she she does not believe he would “survive infection with coronavirus”. 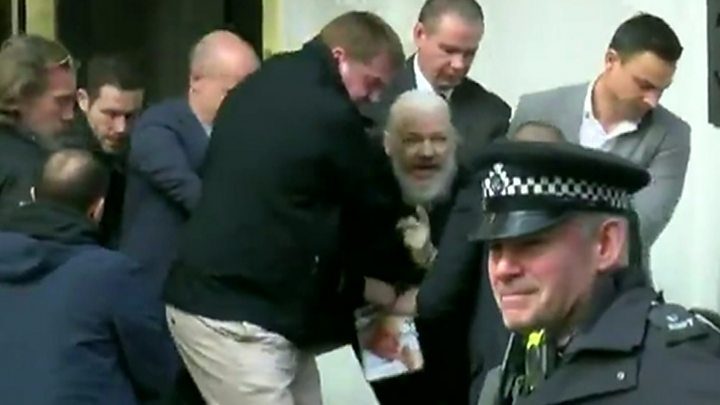 In a video posted on Wikileaks’ YouTube account, she says she met Assange in 2011 when she joined his legal team.

He took refuge in the embassy in 2012 to avoid extradition to Sweden over a sexual assault case that has since been dropped.

He is also fighting extradition to the United States on espionage charges.

Ms Morris says she visited him in the embassy almost every day and “got to know Julian very well”. The couple fell in love in 2015 and got engaged two years later.

She told the Mail on Sunday that Assange had watched both boys being born via video link and they had visited their father at the embassy.

Three-year-old Gabriel and one-year-old Max speak to their father via video calls, she says.

“Forming a family was a deliberate decision to break down those walls around him and imagine a life beyond that prison,” she says in the Wikileaks YouTube video.

“While for many people it would seem insane to start a family in that context, for us it was the sane thing to do, to keep things real.

“It grounds me and when Julian sees the children it gives him a lot of peace and nurture and support. They are very happy children.”

Assange was arrested on 11 April 2019 at the Ecuadorean embassy and detained for “failing to surrender to the court”.

He was sentenced to 50 weeks in jail for breaching his bail conditions.

Assange was due to be released from HMP Belmarsh last September after serving the custody period of his jail term.

But a judge ruled that he should remain in jail until his extradition hearing because of his “history of absconding”.

Details about the children with Stella Morris were seen by the Mail in court documents as part of his US extradition case.

Assange is believed to have other children, although little is known about them. He has an adult son, Daniel Assange, who is reportedly a software designer in Australia.

One inmate at HMP Belmarsh is among several have died, according to internal data confirmed by the Ministry of Justice.

Up to 4,000 low-risk prisoners in England and Wales are to be released in an effort to control the spread of coronavirus, the government has said.