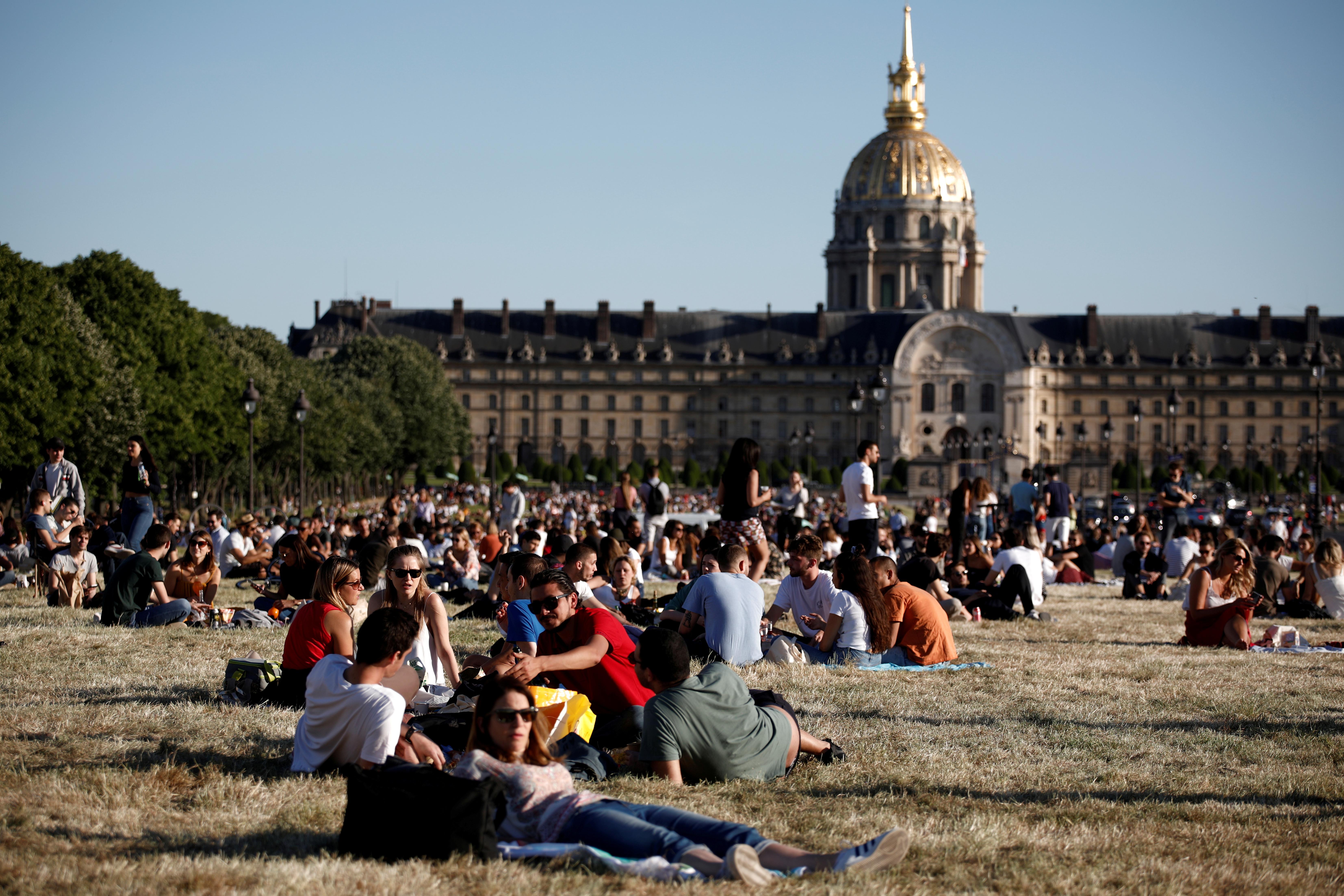 PARIS (Reuters) – Parisians flocked to parks and gardens as they reopened in the sunny French capital on Saturday for the first time after almost 11 weeks of coronavirus lockdown, one of the last areas of France to ease restrictions.

With public impatience mounting and temperatures up to 28 Celsius (82 Fahrenheit) forecast over the holiday weekend, authorities brought forward the parks’ reopening, initially scheduled for June 2.

“At last we’re free,” said Anne, a Parisienne standing near the gates of the 400-year-old Luxembourg Gardens on the city’s Left Bank soon after they reopened. “This feels like being released from a kind of prison.”

Paris Mayor Anne Hidalgo has pressured the government to reopen parks since the national lockdown was eased on May 11. Hidalgo is standing for re-election next month.

Early risers beat the crowds, some bearing breakfast picnics as they waited for the gates of the northeastern Buttes-Chaumont to swing open at 7 a.m., according to TV reports.

Social distancing rules remain in force across Paris, one of Europe’s most densely populated cities, and the recommended wearing of masks in parks may soon become compulsory as health officials remain watchful for any new increase in infections.