Survivors of a massacre in western Ethiopia have counted 54 bodies in a school field after the latest deadly attack to target ethnic minorities in the country, according to Amnesty International.

Victims were ethnic Amharas and came from Gawa Qanga village in the West Wellega Zone of Oromia, in an area bordering South Sudan.

Sunday’s attack, thought to have been carried out by members of the rebel Oromo Liberation Army (OLA), took place just a day after Ethiopian Defence Force troops withdrew from the area “unexpectedly and without explanation”, human rights group Amnesty said.

It’s been reported that witnesses saw the deaths of men, women and children, as well as the looting of properties and burning down of buildings. 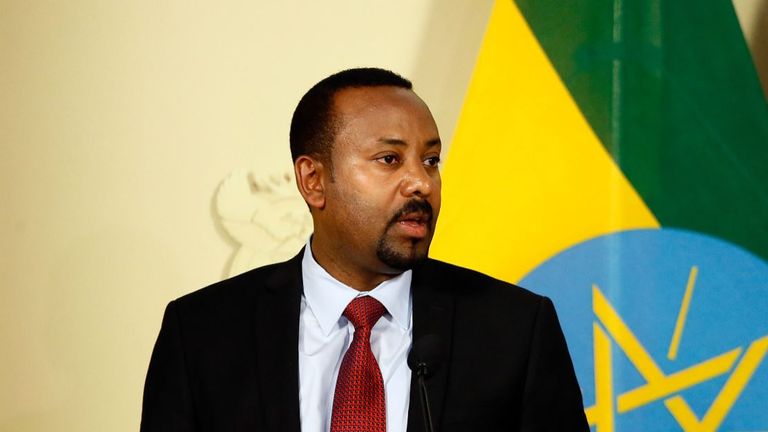 Prime Minister Abiy Ahmed denounced the killings and said that security forces were now in the area and had “started taking measures”.

Ethnic violence is proving to be one of the greatest challenges faced by Ethiopia‘s prime minister, who was last year’s Nobel Peace Prize winner for bringing about extensive political change in the country.

Writing on Facebook, he said: “Ethiopia’s enemies are vowing either to rule the country or ruin it, and they are doing everything they can to achieve this.

“One of their tactics is to arm civilians and carry out barbaric attacks based on identity. This is heart-breaking.”

Survivors of the attack told Amnesty that the federal troops had withdrawn without a reason and the rebels followed a few hours later, announcing themselves as the OLA and making it clear they controlled the area.

“Militants gathered people who did not manage to flee, mainly women, children and the elderly, and killed them,” the Amnesty statement said.

Survivors hid in a forest nearby and one told Amnesty that he discovered the bullet-riddled bodies of his brother, sister-in-law and three children in the school field.

“The fact that this horrendous incident occurred shortly after government troops abruptly withdrew from the area in unexplained circumstances raises questions that must be answered,” said Amnesty International’s regional director Deprose Muchena. 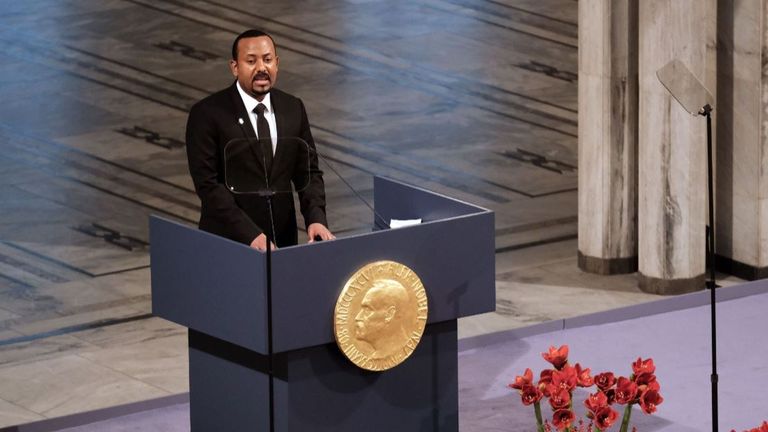 The Ethiopian Human Rights Commission believe that attackers numbered up to 60.

The commission is calling on the federal government to “shed light” as to why the military withdraw from an area “long known to be vulnerable to attacks”.

The Amharas are the second biggest ethnic group in Ethiopia after the Oromos – and have been the recent target of gunmen in the Western Benishangul Gumuz and Southern regions, resulting in the killings of several people.

“The government has failed in its duty to protect the safety of citizens,” Dessalegn Chanie, a senior member of the opposition National Movement of Amhara party, said.

He believes the country’s language-based federal system is one of the driving forces behind the killings.

Mr Chanie added: “Ethnic Amharas residing outside of the Amhara region are being labelled as outsiders and are exposed to repeated attacks.”