Home » World News » At least 7 Covid-19 patients die in Jordan because of an oxygen shortage, a growing problem around the world. 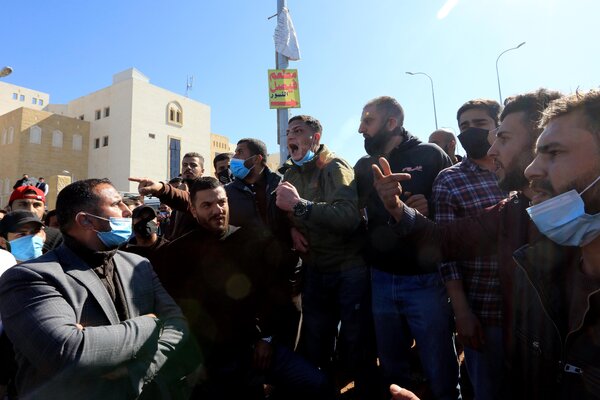 At least seven people died at a hospital in Jordan on Saturday after it ran out of oxygen, according to Jordanian news reports, prompting an outcry in the kingdom, a visit to the hospital by King Abdullah II and the resignations of the country’s health minister and the hospital’s director.

Officials said that all of the victims were being treated for the coronavirus and that they had died after an interruption of oxygen supply that lasted around an hour at a government hospital in Salt, northwest of Amman, the capital.

Many countries across the world, including Mexico, Nigeria and Egypt, have faced oxygen supply shortages that have driven up the virus death toll. In Mexico, prices for oxygen have spiked, sales of oxygen tanks have thrived on the black market, and criminal groups have stolen them from hospitals. In Egypt, a New York Times investigation found that at least three patients had died of oxygen deprivation in a hospital that was running out of it earlier this year.

Last month, more than 500,000 people infected with the coronavirus were in need of oxygen every day, according to the World Health Organization, which identified up to 20 low- and middle-income countries that were in urgent need of oxygen supplies, including Malawi, Nigeria and Afghanistan. But there have also been fears that the world’s oxygen supply would be unable to meet the needs of all of those who need it, which include not only Covid-19 patients but also those being treated for many other diseases.

In Jordan, Prime Minister Bisher Al-Khasawneh said on Saturday that the government bore full responsibility for the deaths at the Salt hospital, and that he had ordered an investigation, according to Al-Mamlaka TV.

Dozens of demonstrators gathered in front of the hospital to protest against the shortage of oxygen, including relatives of victims, according to news reports and photographs, and a video circulating online showed the king, in military fatigues, speaking with what appeared to be an official at the hospital as similarly clad members of his entourage held back a surging crowd.

Jordan, a country of 10 million people, has reported over 5,200 Covid-19 deaths, according to a count by The Times. On Friday, it received a first shipment of 144,000 doses of the AstraZeneca Covid-19 vaccine.