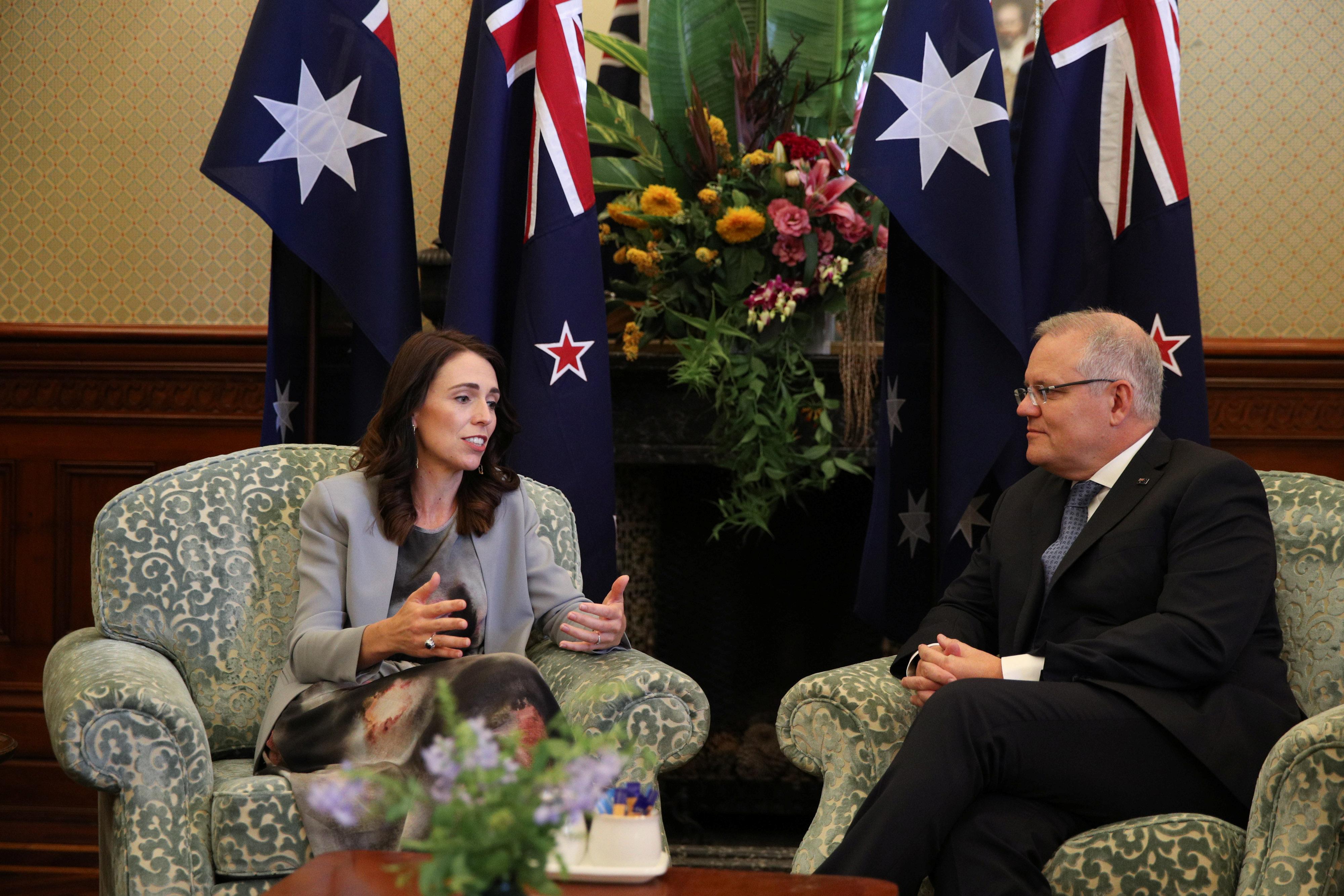 Both countries have a COVID-19 mortality rate of just 1%, well below most other countries, and have boosted their medical equipment reserves as they plan to slowly reopen their economies, including restarting travel across the Tasman sea without mandatory quarantine periods.

“Australians and New Zealanders travel across the ditch more than anywhere else,” Ardern told reporters in Wellington after attending the meeting via video with Australian ministers as well as state and territory leaders.

“So we both stand to benefit from getting travel up and running again.”

The last time a New Zealand leader attended a meeting of Australia’s cabinet was during World War Two.

The meeting was ongoing and more information would be released about a resumption in travel in a joint statement after its conclusion, Ardern said.

“When we feel comfortable and confident that we both won’t receive cases from Australia, but equally that we won’t export them, then that will be the time to move,” she added.

“Neither of us want cases of COVID coming between our countries.”

Australia has recorded around 6,800 infections and 96 deaths, and New Zealand 1,137 cases and 20 fatalities, thanks to the early imposition in both countries of social-distancing rules and the closure of borders to international visitors.

New Zealand recorded no new coronavirus cases for a second day in a row on Tuesday and Ardern has vowed to completely eliminate the pathogen from the country of almost five million people.

Ahead of the cabinet meeting, the premier of Australia’s New South Wales state, Gladys Berejiklian, said she was hopeful that a travel “hub” could be formed between the two countries.

“We know that unfortunately international travel is a mid- to long-term vision, so if we can establish a hub between New Zealand and Australia I think that would be a very positive move,” Berejiklian told reporters in Sydney before joining the meeting of Australia’s emergency cabinet.

“It could be a very good model for the international market opening up in phases,” the chief of Australia’s largest airline told reporters.

Qantas is currently operating only 5% of its pre-crisis domestic passenger network and 1% of its international network.

Australia may have lost almost a million jobs between mid-March and mid-April as large chunks of the economy shut down in the fight against the coronavirus, according to new figures from the Australian Bureau of Statistics.

Canberra has unveiled economic support measures worth about A$320 billion ($205.6 billion) or about 16% of GDP, as restrictions on public movement push the country toward its first recession in nearly 30 years.

Treasurer Josh Frydenberg, citing new analysis from his department, said the world’s 12-biggest economy would take a 10% hit to gross domestic product in the June quarter.

But he said the impact would have been a lot worse if Australia had followed Europe’s example and imposed stricter controls on all non-essential services.

“If these restrictions were increased even further, akin to the eight-week lockdown in Europe, then the adverse economic impact on GDP could double to 24%, or A$120 billion, in the June quarter,” the treasurer said in his prepared remarks.

“This was the cliff we were standing on.”