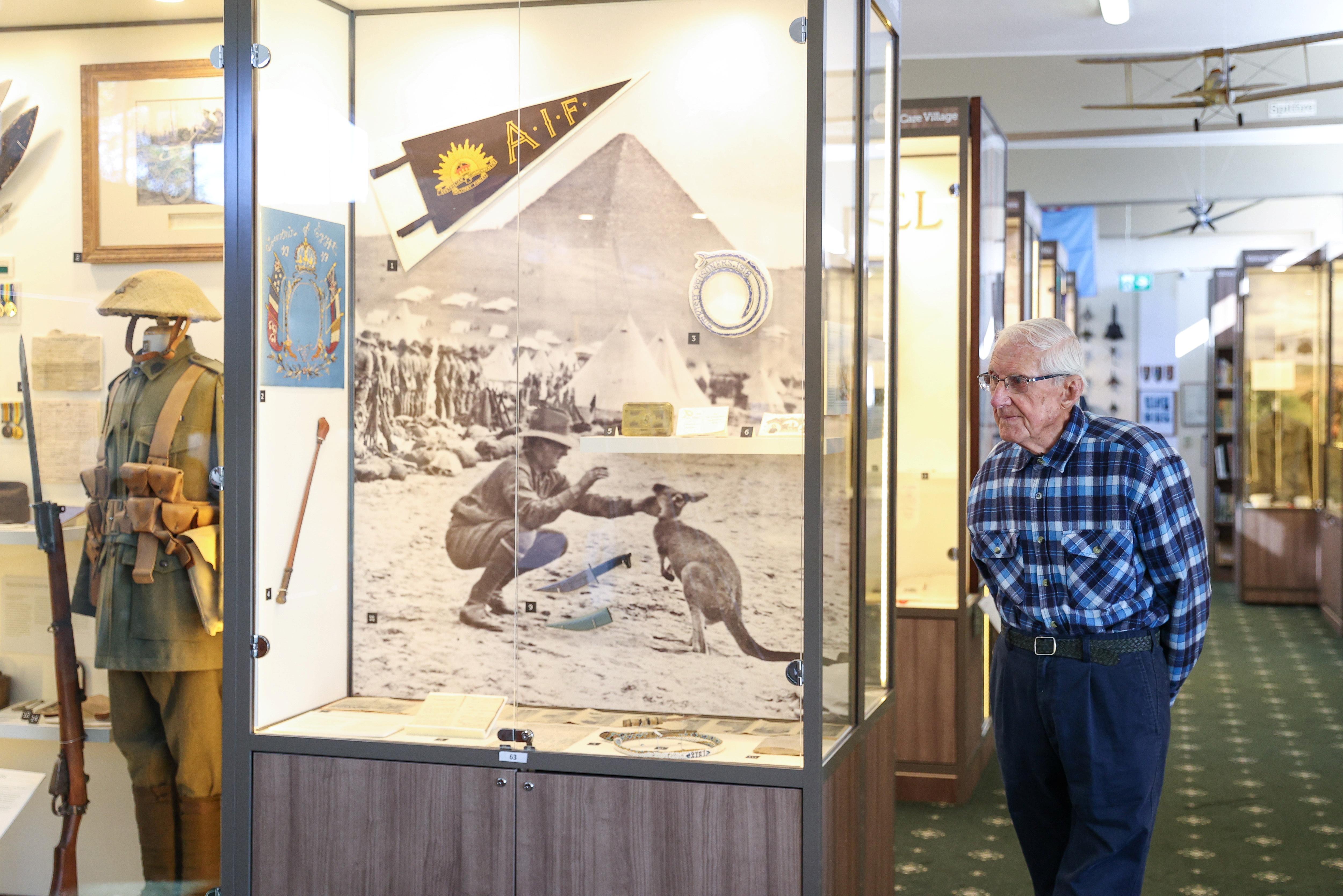 He remembers that, with no artillery experience at the time, he felt worried he might let down his mates in an anti-aircraft gun team.

“There was no radar, we had no fighters, we had no Bofors, the light anti-aircraft guns for low flying aircraft. We just had to handle as best we could.”

Today he remembers the quiet relief he felt when World War Two ended in the Pacific theater 75 years ago, on Sept. 2.

Japan had invaded and occupied parts of Asia and the Pacific during the war, after aligning itself with Germany and Italy to become one of the so-called Axis powers.

Darwin was a major base for Allied forces, with ships and planes supporting operations in the nearby South Pacific islands.

Dufty, a wool classer trained in examining the quality of fleeces, was sent to Darwin as an 18-year-old in 1942 soon after enlisting in the army.

His crew of about 10 had little protection, Dufty said, with the ground too rocky for a trench, and explosives piled up nearby.

Dufty smiles as he recalls being sprayed with rocks from a nearby blast during one of the scores of raids he weathered. He emerged from the indirect hit clasping the hand of a crew mate, “much to my embarrassment”.

He was working at an ordnance depot north of Sydney in 1945, when he learnt of the surrender of the Imperial Japanese Army, following atom bombs dropped on Hiroshima and Nagasaki.

There were no celebrations, said Dufty, adding, “Just a sense of quiet relief.”