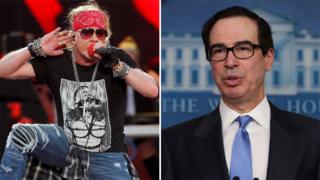 In a competitive field, Twitter has seen one of its strangest arguments yet – a spat between Guns n’ Roses singer Axl Rose and US Treasury Secretary Steven Mnuchin.

It began when Rose flung an insult at Mr Mnuchin, a key figure in the US response to the coronavirus pandemic.

Mr Mnuchin then hit back, questioning the musician’s patriotism: “What have you done for the country lately?” he asked.

It did not end there.

Social media users soon noticed that a flag emoji used in the treasury secretary’s tweet belonged to Liberia – which although visually very similar to the US flag, has only one star.

The original tweet was deleted and replaced with one showing the correct flag, but not before the mistake was screen grabbed and shared.

What have you done for the country lately? ??

Rose mocked Mr Mnuchin’s for the mix-up, saying he hadn’t realised “we’re hoping to emulate Liberia’s economic model but… unlike this admin[istration] I’m not responsible for 70k+ deaths”.

It is not clear why Rose attacked the US treasury secretary, although the Guns n’ Roses front man referenced an appearance by Mr Mnuchin on Fox News.

Despite the row, however, it appears Guns n’ Roses have their admirers in the White House – their cover of Live and Let Die blasted out when President Donald Trump visited a mask plant on Tuesday. 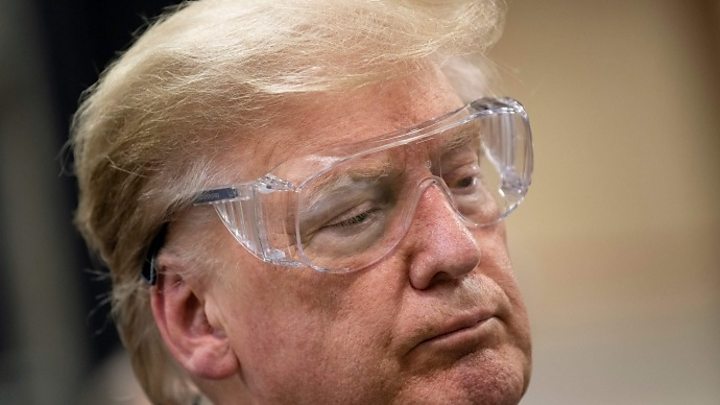