However, the ship left on Monday after radio challenges over jurisdiction.

The country will now increase maritime security operations near some of its islands in the South China Sea after the incident.

Under international law, innocent passage is permitted through another country’s EEZ, but Indonesian authorities said the vessel was lingering too long.

While China has made no claim to the archipelago, the presence of its coastguard so far from the mainland has concerned Indonesia. 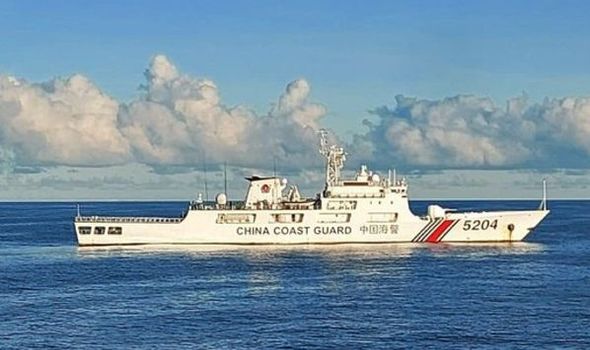 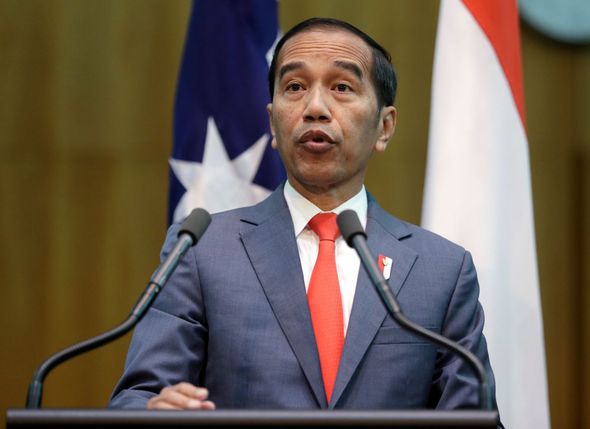 China, which has for years been locked in maritime disputes with other coastal states in the South China Sea, has in recent months boosted its presence and exercises in disputed parts of the strategic waterway, at a time when other claimants are battling coronavirus outbreaks.

The “nine-dash line” that Beijing uses on maps denoting its claim to 90 percent of the South China Sea includes waters off the Natuna Islands.

But an international arbitration panel in 2016 invalidated that line who ruled China could not make such claims.

Responding to the incident, India’s Foreign Ministry spokesman Teuku Faizasyah reiterated that Indonesia does not recognise the line and has no overlapping claims. 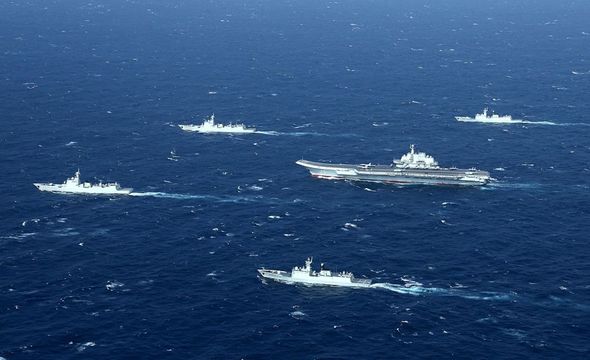 He added: “We made it clear to the Chinese deputy ambassador that Indonesia’s exclusive economic zone does not overlap with Chinese waters.”

It comes after a week-long standoff occurred in December and January when a Chinese coastguard vessel and accompanying fishing boats entered the northern Natuna Sea.

This prompted Jakarta to send fighter jets and mobilise its own fishermen. 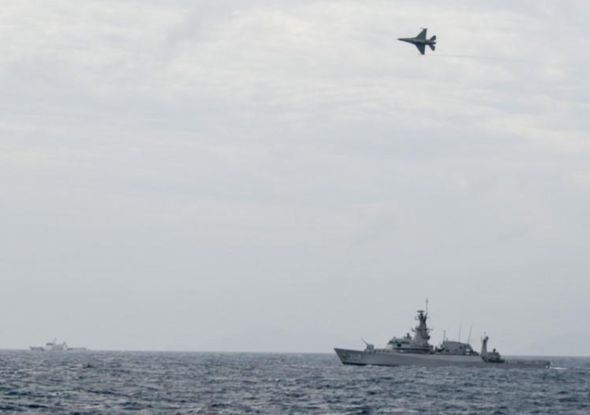 Beijing, however, said its coastguard operations were legitimate.

As well as Indonesia, Brunei, Malaysia, the Philippines, Taiwan and Vietnam also have territorial claims or maritime boundaries which overlap with the claims of China in the South China Sea.