Millions evacuated as super cyclone barrels from Bay of Bengal with winds equivalent to a category 5 hurricane. 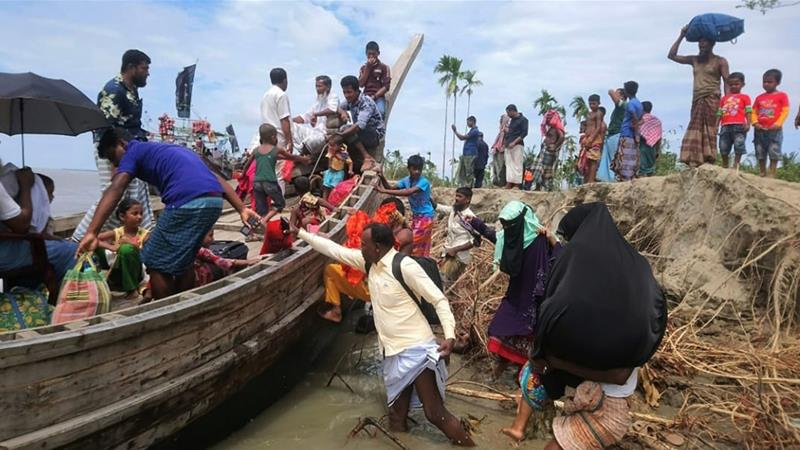 India and Bangladesh evacuated millions of people from the path of the most powerful storm in 20 years, which is expected to make landfall as early as 09:00 GMT on Wednesday and has raised fears of extensive damage to houses and crops and disruption of road, rail and power links.

The authorities’ move to save lives was complicated by continuing efforts to curb the coronavirus pandemic and enforce social distancing.

Many thousands of migrant workers are on the roads trying to get home from big cities after a nationwide lockdown destroyed their livelihoods, while more than a million Rohingya are in refugee camps in Bangladesh.

Approaching from the Bay of Bengal, super cyclone Amphan was expected to hit the coast of eastern India and southern Bangladesh with winds gusting up to 185 kilometres per hour (115 miles per hour) – the equivalent of a category 5 hurricane.

The Indian weather department forecast a storm surge of 10- to 16-foot (3-4 metre) waves – as high as a two-storey house – that could swamp mud dwellings along the coast, uproot communication towers and inundate roads and railway tracks.

There will be extensive damage to standing crops and plantations in the states of West Bengal and Odisha while large boats and ships could get torn from their moorings, the weather service said in a bulletin late on Tuesday.

Authorities were hastily repurposing quarantine facilities for the looming cyclone soon after easing the world’s biggest lockdown against the coronavirus. India has reported more than 100,000 cases with 3,163 deaths.

‘Crisis on top of a crisis’

Railway officials diverted a number of trains carrying thousands of migrant workers to eastern states from the capital of New Delhi away from the cyclone’s path where they had lost their jobs due to coronavirus lockdowns.

“We have just about six hours left to evacuate people from their homes and we also have to maintain social distancing norms,” disaster management official SG Rai told Reuters news agency.

“The cyclone could wash away thousands of huts and standing crops.” 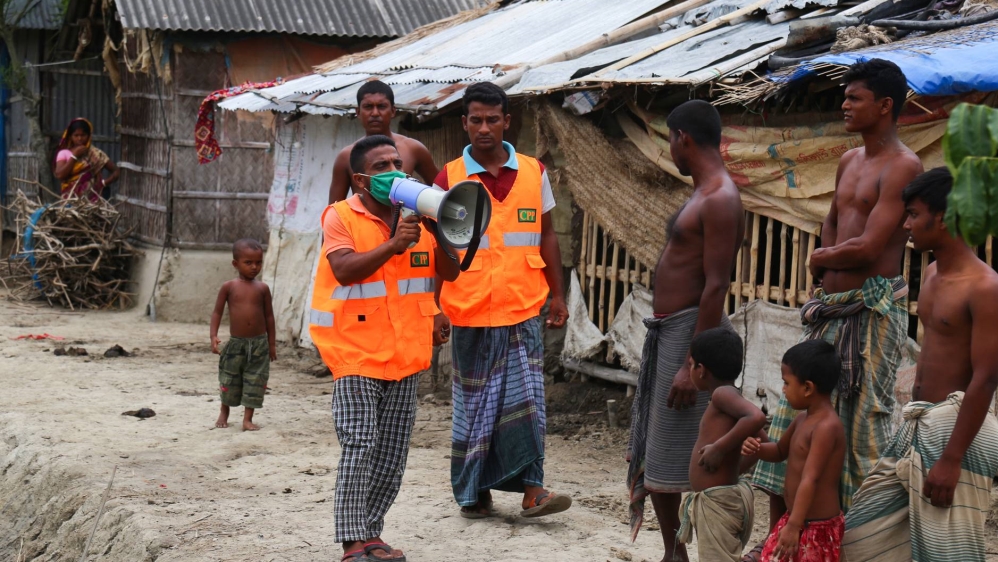 About 300,000 people had been moved to storm shelters, West Bengal chief minister Mamata Banerjee said. The state capital Kolkata lies near the cyclone’s path and there was concern about people living in about 1,500 old, dilapidated buildings.

Pankaj Anand, of the humanitarian group Oxfam in India, described Amphan as “a crisis on top of a crisis.”

“Many of the cyclone evacuation shelters are already being used as coronavirus quarantine centres or housing migrants who have returned to their coastal communities because of lockdown. People are worried there won’t be enough space in the shelters and that they might catch coronavirus in them.”

Neighbouring Bangladesh, where the cyclone posed a devastating threat along a low-lying, marshy coast, was shifting hundreds of thousands of people to higher ground.

There are fears that up 1.4 million people may be displaced due to the cyclone and 600,000 homes could be destroyed, according to Oxfam.

Bangladeshi authorities were also urging use of masks against the virus, which has caused 20,995 infections and 314 deaths.

“We have taken necessary steps so that people can maintain distance and wear masks,” said Enamur Rahman, the junior minister for disaster management. He said 12,000 cyclone shelters were set up to accommodate more than five million people.

It was expected to hit land between the districts of Chittagong and Khulna, just 150 km (93 miles) from refugee camps housing more than a million Rohingya in flimsy shelters.

“We are really very worried,” said Haiko Magtrayo, a worker of the International Committee of the Red Cross based in the nearby town of Cox’s Bazar.

Hundreds more Rohingya, rescued from boats adrift in the Bay of Bengal, are living on the flood-prone island of Bhasan Char.

“It is already a huge challenge to contain the spread of coronavirus amongst the Rohingya refugees living in overcrowded camps, sharing water and toilet facilities. Cyclone Amphan is also a major threat to the millions of vulnerable Bangladeshis living in low-lying flood-prone coastal areas,” Dipankar Datta, country director of Oxfam in Bangladesh said in a statement.