There will be some sunny intervals around with varying amounts of cloud in the forecast today, according to meteorologist Matt Taylor. The weather presenter told BBC Breakfast there will be fairly cloudy conditions across parts of the north and east of the UK. He warned we can expect to see one or two showers every now and again, although most places will get through today predominantly dry.

Mr Taylor told viewers: “Certainly through today the cloud will be spilling in from the east.

“We’ve seen a few showers already across parts of East Anglia towards the Midlands and Wales.

“Also across some parts of Scotland too and the odd one to Northern Ireland.

“They’ll continue on and off across some eastern areas especially.” 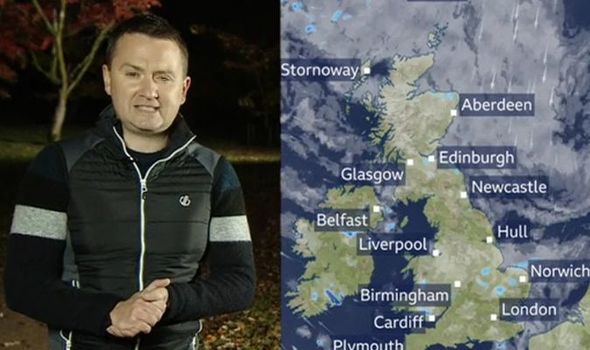 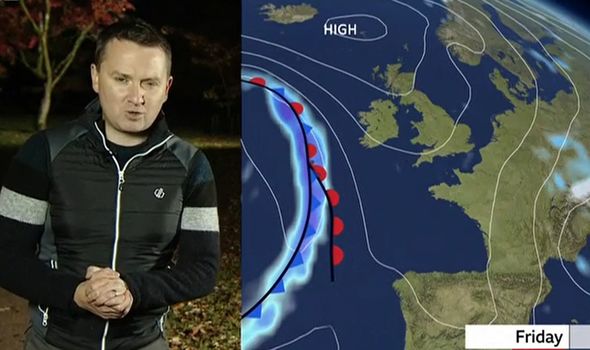 He continued: “But that zone through parts of East Anglia towards the Midlands will be prone to further showers.

“A few heavier showers will move through the English Channel, particularly hitting the eastern part of Kent.

“The breeze is still coming from an easterly and north easterly direction so it will be a rather chilly day.

“Even with the sunshine out, we’ve got around the south and west of the UK, 11 to 14 Celsius, the general highs through this afternoon.” 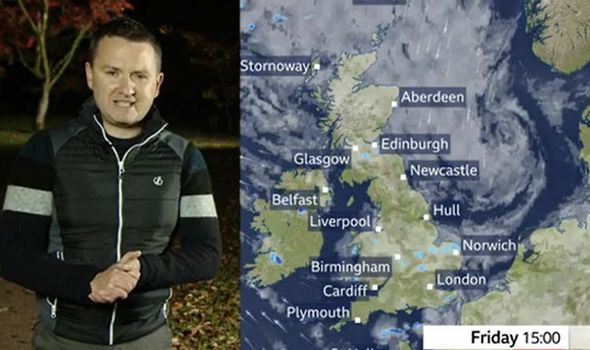 The BBC presenter added: “Through this evening and overnight, we’ll actually see more cloud pull and push into place.

“That means it won’t get too cold for many of you.

“Yes, temperatures will be down into mid-single figures, around four to seven degrees in many areas.” 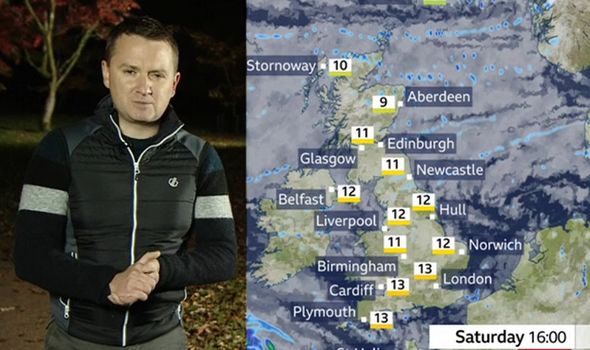 Mr Taylor said: “There’ll still be some spots of rain and drizzle through the east.

“The clearer skies towards the south and west are where there may just be a touch of frost around first thing in the morning.

“Into the weekend, we start off rather grey for many parts of the UK.

“Patchy rain and drizzle will fall over some eastern parts through the day.

“One or two showers dotted around, though I think most will have a dry day.”