BBC meteorologist Chris Fawkes noted that the weather pattern in Europe is looking quite “unsettled” at the moment with rain or showers in the forecast. He told viewers there is one area of low pressure across eastern Europe bringing showers and thunderstorms. A cold front is also moving into the western side of Europe bringing some lengthy outbreaks of rain and ultimately dropping the temperatures as well.

Mr Fawkes said: “On Thursday around the Mediterranean, western areas will have fairly strong winds picking up.

“The eastern side of the Mediterranean will have some quieter weather with some sunshine.

“The winds will be relatively lighter and the sunshine will feel quite pleasant with highs up to 26 in Athens.

“Temperatures generally though across eastern Europe are lower than we’d normally expect to see at this time of year.” 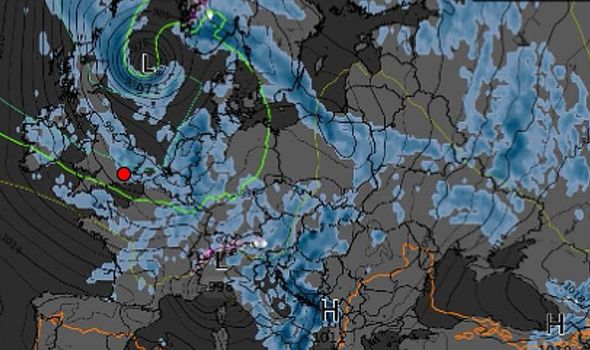 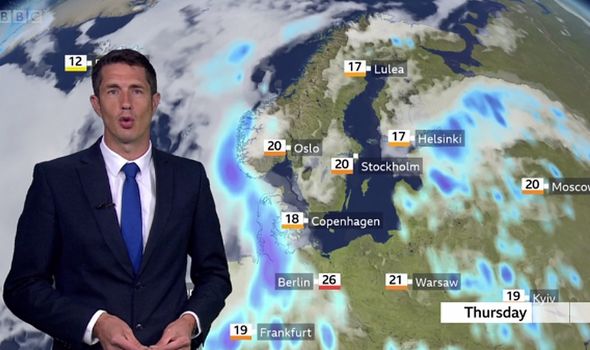 He continued: “There’ll be showers and thunderstorms from that area of low pressure.

“We’ve got more general rain moving into Germany, Denmark, and into parts of west Norway as well on Thursday.

“On Friday, the rains will push a little bit further eastwards across central Europe into some eastern areas.

“The rain is perhaps at its heaviest into parts of the Balkans.” 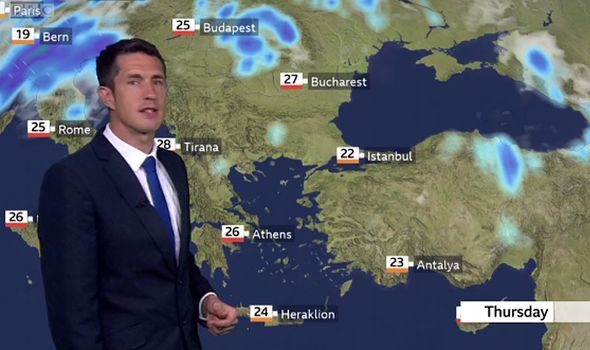 The weather presenter added: “Increasingly the rain will threaten the north west of Greece as well.

“Spain and Portugal will be dry with spells of warm sunshine.

“Over the next few days, temperatures will be on the cool side in Paris.” 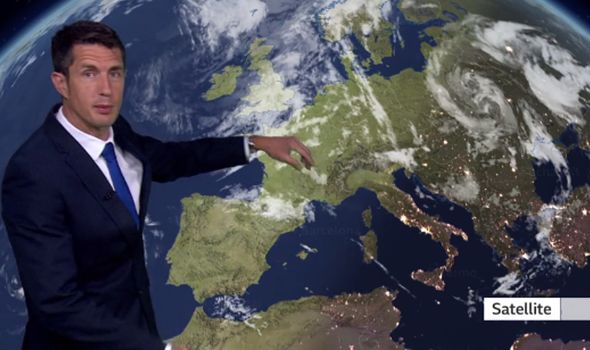 Mr Fawkes told viewers: “There’ll also be a few showers to come over the next day or two.

“Temperatures will stay on the low side into the weekend with highs of just 16 degrees.

“Further east in Moscow, it will be 18 degrees with showers.

“But it does get a little bit warmer as we head through the weekend into next week.

“Athens will see the best of all the weather with high 20s managing to peak at 30 degrees next week.”