The BBC Weather forecaster said western areas will enjoy higher temperatures on Thursday and Friday but by the end of the week, most of the country will get closer to the 30C mark. He said: “It’s going to turn warmer over the next few days, certainly warm and sunshine across many southern and eastern areas. A few changes to the east today, we’re keeping that cloud largely at bay in the north.

“That has produced some rain in the north of Scotland but even that is now starting to fade away.

“In the north of Scotland temperatures will be limited to around 11C to 14C.

“But temperatures across Scotland starting to climb, 22C or 23C possible, 24C to the west of Northern Ireland.

“Blue skies from dawn to dusk. Warmest conditions across western parts of England and Wales.” 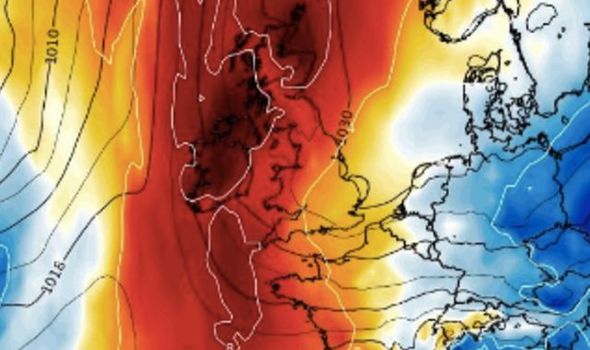 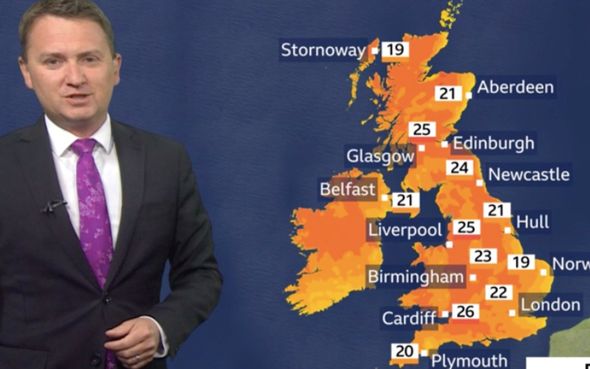 He added: “As we go into the weekend, some parts of Scotland could be 10 to 12C above where they should be for this time of year.”

Netweather has said that the weekend could be classified as “heatwave territory” as records look set to be smashed on the last few days of the month.

“Lifting temperatures well into the twenties Celsius and this time it isn’t just the SE of England.

“Western and northern parts of the UK will see the highest temperatures, peaking around 25 to 27C which puts the descriptions of ‘very warm’ and even ‘hot’ into the forecast. “

In order for the weather to officially be called a “heatwave” threshold temperatures must be reached for at least three consecutive days.

“Manchester around 26C, Glasgow at 24C so Strathclyde could see 25C for three days.

“Inland southern England has been very warm today into the mid 20sC.

“Somerset and Gloucestershire, Cheshire and Merseyside reach the mid-20s on Thursday as will central Ireland and inland for western counties of Northern Ireland. 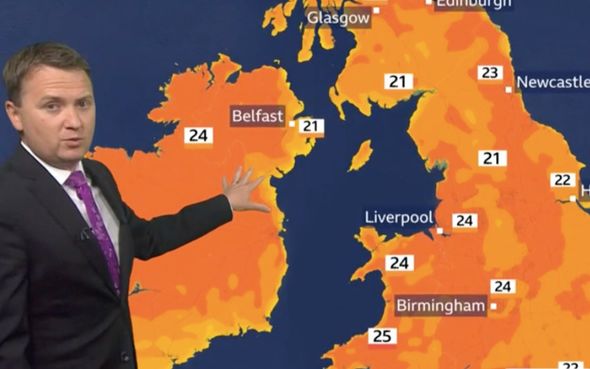 This spring is likely to be the fourth driest since rainfall records began in 1862 as records from the Met Office reveal that England has only seen 9.55 mm of rain this month.

Swarms of Brits have been taking advantage of the searing climates by soaking up rays at the seaside.