The latest BBC weather forecast showed a northernly Arctic weather front taking hold of the UK over the next 24 hours. BBC meteorologist Louise Lear said that temperatures will “struggle” and “turn dismal” by Monday. This comes after temperatures plunged below 0C across the weekend, with higher parts of Scotland recording some sleet and snow.

Ms Lear warned BBC Breakfast viewers not to ask about a White Christmas just yet.

She joked: “Christmas is eleven weeks away. Are we going to have snow? Don’t you dare go there just yet.”

The BBC weather presenter said that yesterday’s rainy weather front has “eased away”.

She added: “There will be lots of sunshine around today, with lighter winds as well.

“Top temperatures will range between 10 to 15C through the afternoon – so get out and enjoy yourself, if you can.” 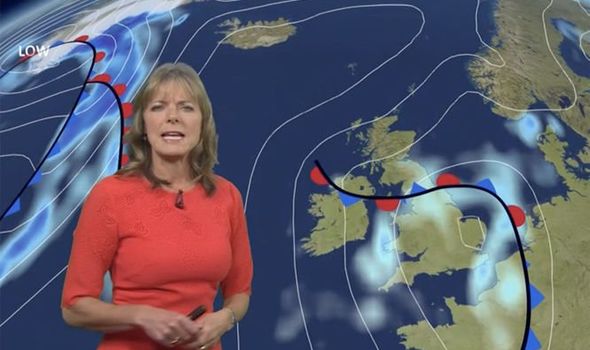 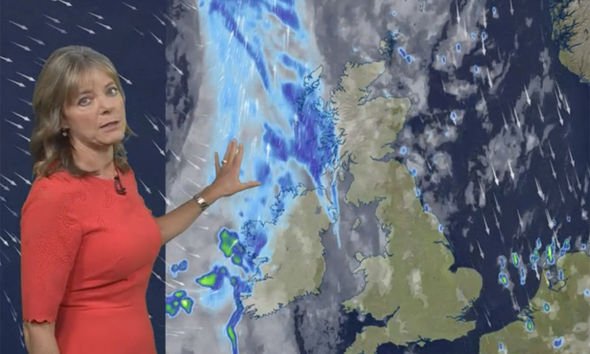 Ms Lear continued: “However, there is a weather front waiting out in the wings in the Atlantic and that will bring some rain through Monday.

“Overnight, that weather front starts moving in, bringing rain to Northern Ireland and the western fringes of Scotland.

“The wind here is still coming from a northwesterly direction so it is still on the chilly side.

“Temperatures could drop below 9C in the east, with low single figures, so a chilly start to the Monday morning here.

“This weather front will bring an increasingly strengthening north-westerly wind with it. 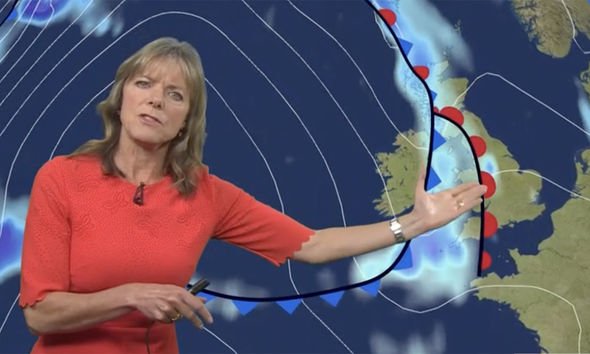 “Underneath that cloud and rain tomorrow, the temperatures really could struggle, reaching only about 9C.

“That is going to feel pretty dismal I’m afraid for this time of year.

“That weather front grinds to a halt on Tuesday, and will continue to bring outbreaks of rain in the south-west.” 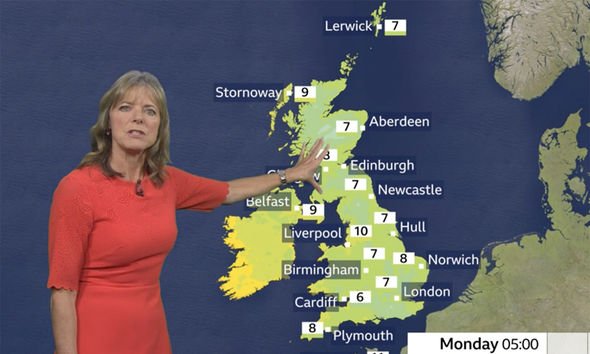 Ms Lear added: “However we look at this week’s weather, those temperatures are going to be subdued for the middle part of October.”

But, the BBC weather present said that the UK will “finally get some drier, sunnier weather from Wednesday into Friday”.

Earlier this week, Weather Outlook forecaster Brian Gaze claimed that an “early winter” was on the cards for the UK.

He said: “It looks like an early winter, with the cards stacked in favour of a cold second half of autumn due to La Nina.”