BBC Weather meteorologist Chris Fawkes described the week ahead as a “mixed spring weather picture” across Europe. The weather presenter noted that low pressure across eastern Europe is bringing rain or thundery showers fairly widely. High pressure developing to the north of Scotland will bring some clear weather there.

Mr Fawkes told viewers: “A warm front is going to be bringing some rain across parts of France.

“This will move into the far southwest of England for a time on Tuesday.

“To the south of that, we do have some pretty high temperatures for the time of year across eastern areas of Spain for example.

“It is another day of sunshine and thundery showers though for Turkey, some of those downpours quite heavy.” 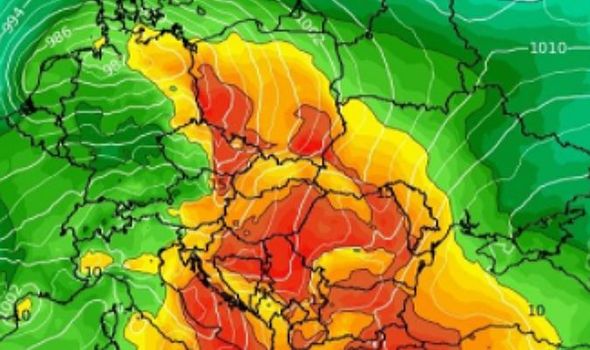 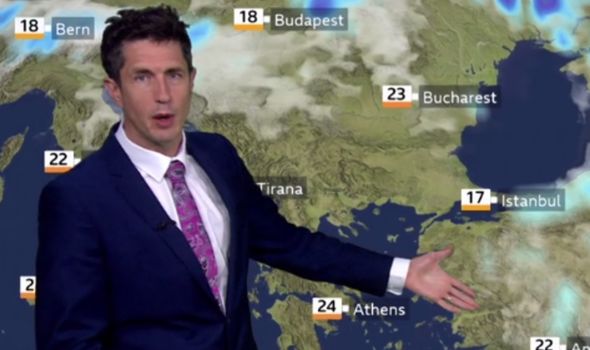 He continued: “But for western Turkey the weather begins to get a bit more settled.

“It will be dry and sunny for Greece and for a good part of Bulgaria as well.

“Looking at the northeast, it’s unsettled, rain or thundery showers continuing to be in the forecast here.

“It’s quite cool in Warsaw, with temperatures only reaching a high of 11C here on Tuesday.” 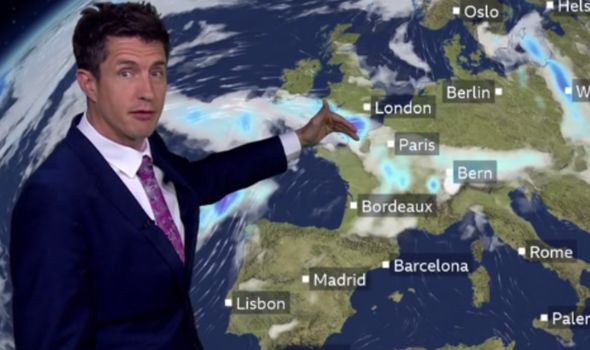 The BBC presenter added: “It will be quite cool in the sunshine in Germany.

“We’ve got more in the way of sunshine extending in across central and western areas of Europe.” 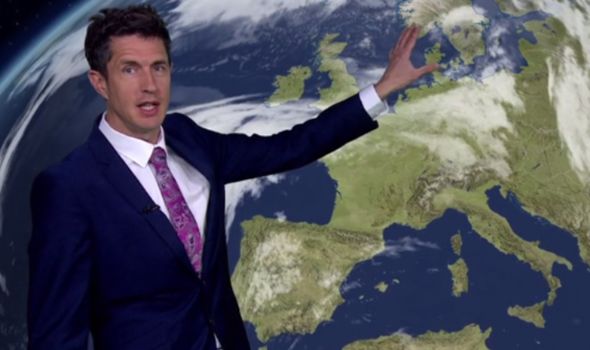 Mr Fawkes also said: “There are some fairly high temperatures for the time of year so feeling warm in the sunshine.

“It will continue to get warmer in the next few days.

“In Paris, for example, we’re looking at highs of 26C by Friday before the weather turns much more unsettled and a lot cooler during the second half of the weekend.

“In Madrid, temperatures will reach 27C and stay around the high 20s.

“Things will also turn a lot cooler by the time we get to the weekend in Berlin.”