BBC Weather: Parts of Europe to be hit by 'lively' showers

Spain will see some of the highest temperatures as it skyrockets to the mid30s.

Ms Willetts said: “Strong wind warnings out for Croatia to end the weekend.

“There is also some lively showers being warned of as they run through northern Spain, southern France, the Alps across the Balkans into Poundland.

“There is also rain further south across Greece and Turkey. 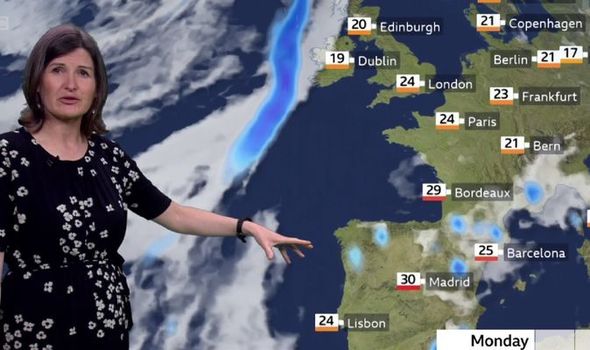 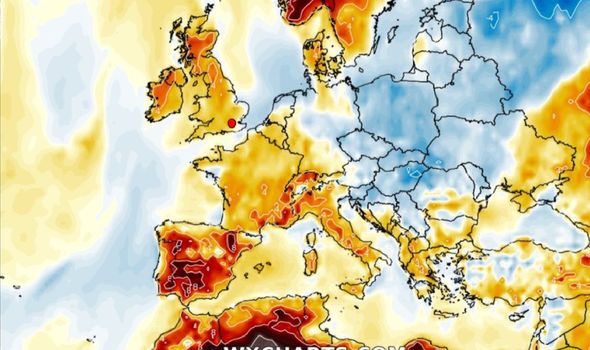 “That is all because that is where we have the low pressure those cool easterly winds.”

Despite this, the weather forecaster noted temperatures are starting to rise as they have been below average for the time of year.

She said: “For many temperatures are well up from what they have been in May across many parts of central Europe

“When the rains come down they are really coming down. 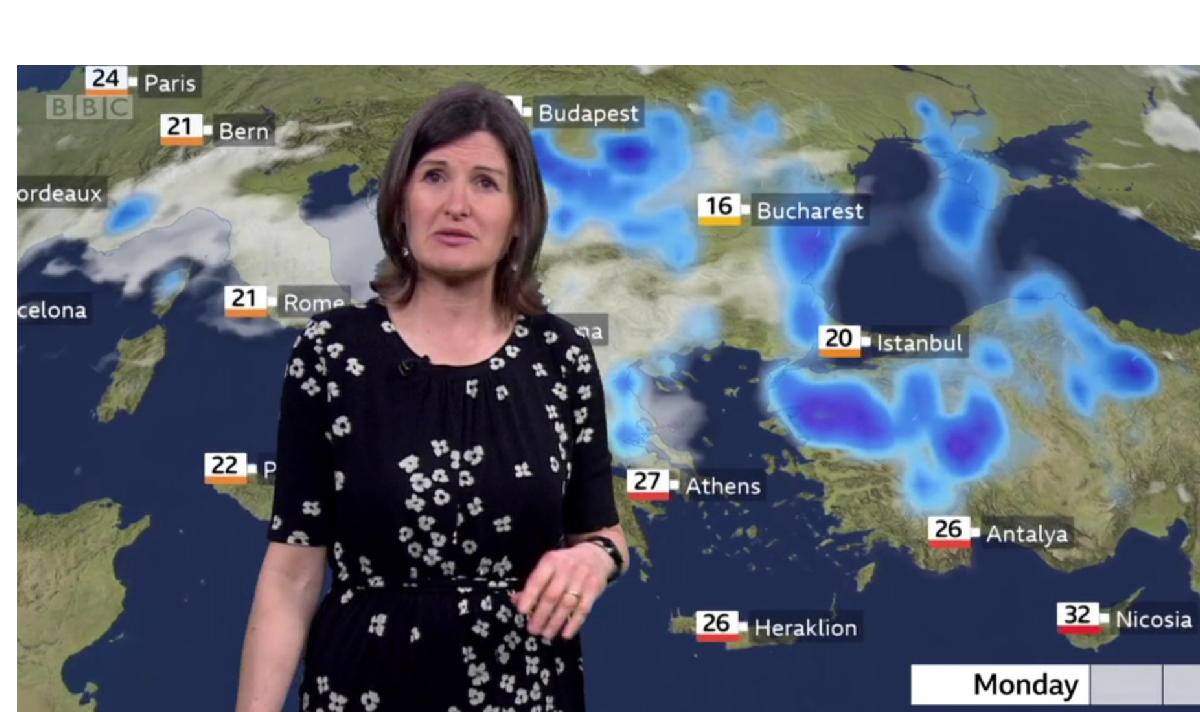 BBC Weather: Temperatures set to rise across the UK

“There will be some heavy showers around and some thunder and lightning risks clearly across many southeastern areas.

“You can see this in parts of northern Spain as well, you can see some of that heat break away because of those storms.

“There are weather fronts to the northwest of UK but I think most parts here across Scanindavia it will be warm and dry.

“On Tuesday in the south of Europe, we will start to see more activity with those showers towards the south. 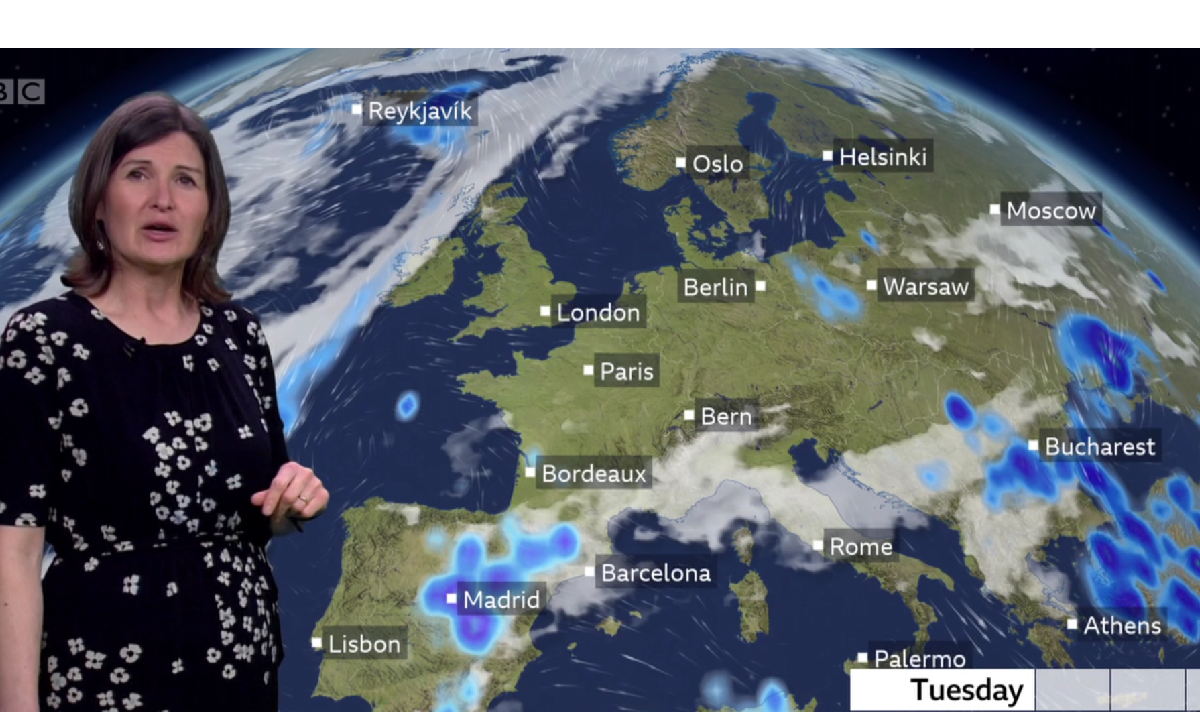 “We will be maintaining a lot of settled weather in the northwest where it has been so unsettled through much of May.”

The weather forecaster said Paris will see temperature rocket to 27C in the new week – however, it will have to deal with severe thunderstorms later in the week.

London will see a similar temperature rise but by the end of the week it will fall back down to 20C with mostly cloudy skies.