BBC Weather meteorologist Louise Lear warned viewers there is a North-South divide with the weather at the moment across the continent. The presenter noted that most of the unsettled and slightly fresher weather is currently situated over northern Europe. She explained that this has displaced the extreme heat which baked Scandinavia last week.

“The heat will build across Portugal and Spain into the weekend.

“Temperatures will be in the high 30s across parts of Turkey and mainland Greece as well.” 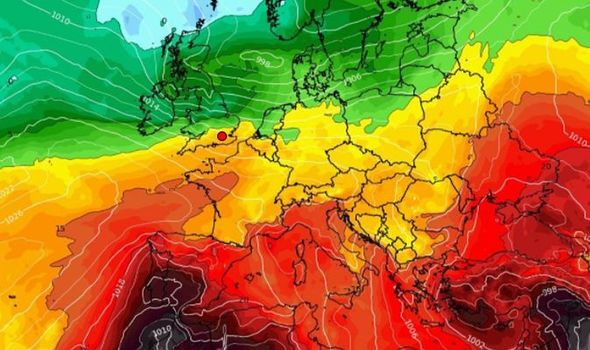 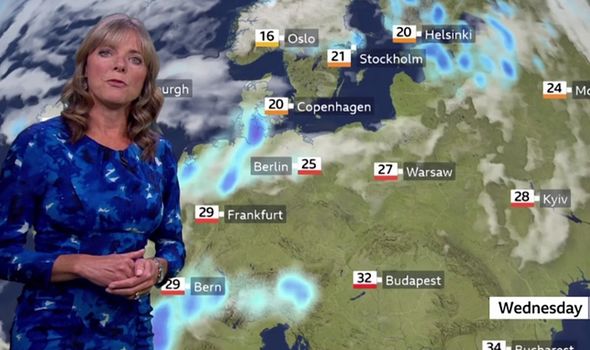 She continued: “So lots of hot, dry and sunny weather expected here.

“That extends up into the Balkans across parts of central Europe.

“It will also reach into the Czech Republic and into Poland.

“Then we’re into that cooler, cloudier, showery weather.” 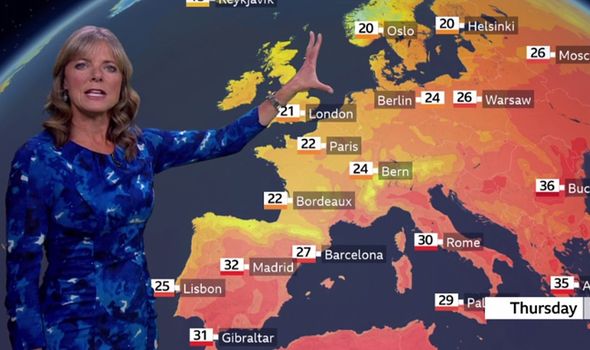 The weather presenter added: “Here temperatures are a good 10 degrees down on where they were a few days ago.

“That North-South divide is set to continue as we move through Thursday.

“There’ll be outbreaks of sharper showers moving their way through central Europe.” 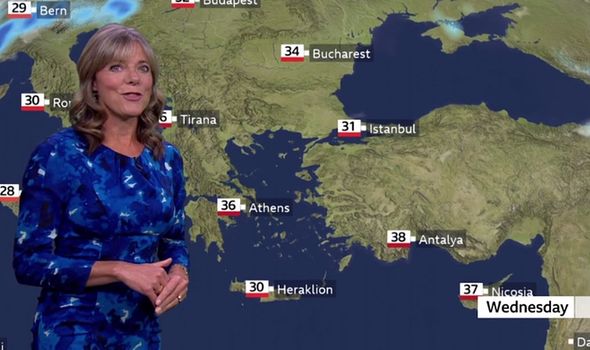 Ms Lear told viewers: “It will be cool up into the north, but we’ve still got that heat though through the Mediterranean.

“It will dry up and be largely quiet with some heat perhaps building next week into London and Paris.

“Madrid and Rome will stay dry and sunny.

“We will keep a cooler, showery regime in Stockholm.

“But it does look as though that heat will stay in Athens.”